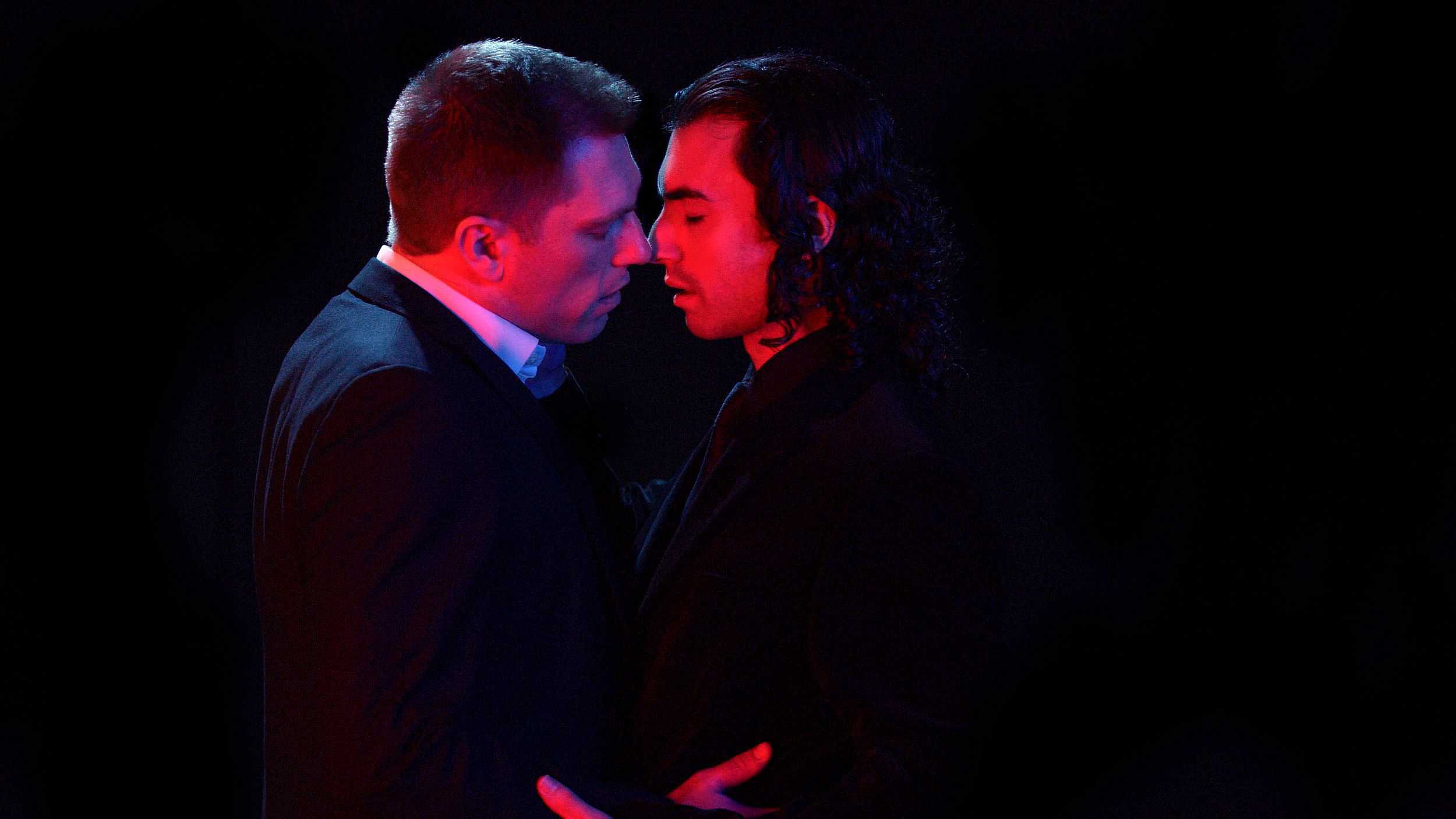 It’s one of the most important and respected plays of the last 30 years, but, with its lengthy running time (two halves equaling roughly seven hours of theater), “Angels in America” is not produced often. Nonetheless, Actor’s Express is giving the Tony Award- and Pulitzer Prize-winning production dealing with the AIDS crisis and with several gay characters a go next week.

This is the first time Actor’s Express has staged the show, which was first staged in Atlanta by the Alliance Theatre in the mid-1990s.

“We’ve thought about it frequently over the years, but the time was finally right to move forward,” said Freddie Ashley, the company’s artistic director.

When Tony Kushner-penned play premiered, it was immensely successful, but no one knew it would have such a legacy. To Ashley, the show is powerful and vital, especially since HIV/AIDS remains an issue.

“‘Angels in America’ gets to the heart of what it means to be an American,” he said. “At this moment in time, I think a lot of us are wrestling with that question. When I was in college and this was a new play, the conventional wisdom at the time was that this play would have a short shelf life and that its relevance would diminish as we addressed issues of HIV and AIDS. And yet the play is produced now with just as much frequency as when it was newer. For one thing, AIDS may no longer be terminal, but HIV infection rates are still alarmingly high.”

Like “The Crucible,” which the company produced last winter, “Angels in America” is also exceptionally timely in its themes.

“It’s eerie how some of the lines in the play, written about 1980s Reagan-era conservatism, ring true about today’s America as well,” said Ashley.

He is directing the show alongside Martin Damien Wilkins, who directed the company’s “Father Comes Home From the Wars (Parts 1, 2 and 3)” last year. Wilkins is tackling the first part (“Millennium Approaches”) and Ashley is directing the second (“Perestroika”).

“What I’ve really liked about the process so far is the chance to collaborate directly with another director,” said Ashley. “As directors, we collaborate with actors and designers all the time, but we never get the opportunity to work with other directors. And when you have two directors who admire each other’s work and respect each other as much as Martin and I do, then there are some very exciting possibilities to work in a way that is completely new.”

While the shows are running in rep, both halves will be staged on Saturdays, “Millennium Approaches” in the afternoon and “Perestroika” at night. Ashley is also making it a point to partner with various nonprofit organizations in the area to be able to connect with diverse audiences.