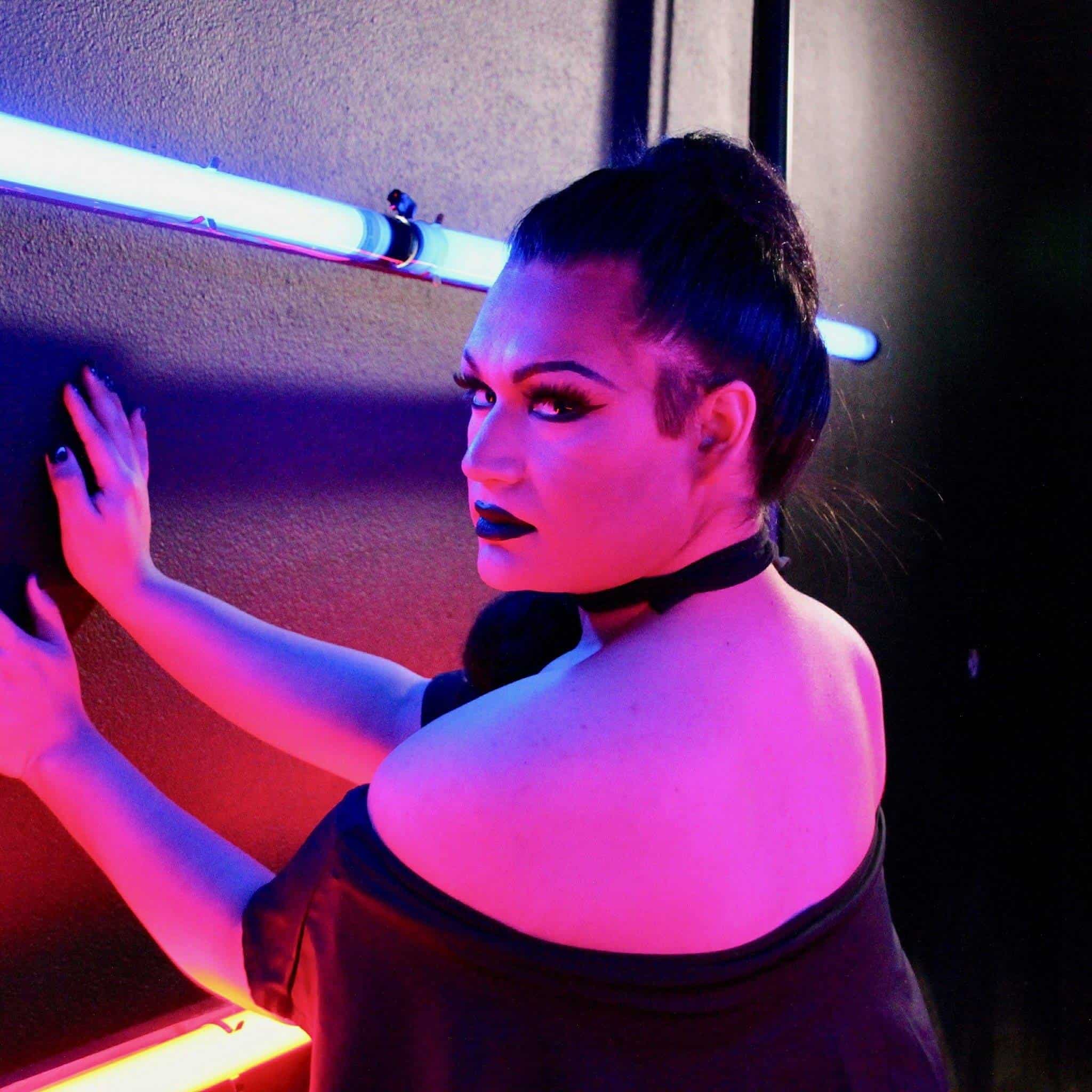 Adam Sanders auditioned for “American Idol” over a dozen times before he struck gold as Ada Vox. The 24-year-old San Antonio native went from the verge of homelessness to national stardom. She is currently touring her ass off and will headline Atlanta Pride on October 14. Georgia Voice spoke to Vox about her plans for the future, her Idol experience, and the tea on her love life.

How did you become Ada Vox?

I was on “American Idol,” season 12, and I made it to the top 50 as Adam. I was exposed to a lot of things that I wasn’t exposed to before such as the huge thing that is the LGBTQPOC community. I didn’t know we had Pride, clubs, bars, and things geared toward people like myself. I stayed busy in school and activities [so] I never got out and I never did anything. I never had any experience with any of this so after that, I was invited to perform at San Antonio Pride. That was the first time I had ever been to Pride and it was the first time I had ever seen a drag queen. I was kind of thrown into the middle of everything all at once. It was a lot of fun and it was a crazy experience. But when I showed up, I was watching the main stage and I saw these girls. None of them were singing live and I was like, “What is going on here?”

I thought, “This is something I could look into and I could sing live. I’m going to give it a shot and see what happens.” For the next two years, I auditioned for “American Idol” and tried to get another shot at it but it just wasn’t working out. Every time I auditioned, which was 13 times over the course of eight years, I was told I wasn’t marketable enough, I didn’t have a good image, or my voice didn’t match the way I looked — it all revolved around the way that I looked. So, I said, “You know what? Maybe it’s time for a change.”

When I turned 21, I was like, “Let’s try this little drag thing.” I started playing in makeup and started performing as Miss Ada so I could move my career forward. In the music industry, we always have some type of gimmick or some type of schtick to really stand out. I guess she was kind of born out of that necessity. I became Ada and saw that I could do a lot more things. People see me in a different way when I’m onstage so I took it and ran with it.

How has life changed since you did “American Idol” as Ada?

I have not stopped working. It’s been an absolute whirlwind. My own tour began on May 26. The Idol finale was on May 21. I did the finale, came home, and was there for two days before I flew out to start my tour — I haven’t gotten a break since Idol. Right now, I’m sitting at the end of a little vacation I requested because after Idol, work was just exhausting. I was performing and touring the country and the world. It gets tiring. I requested a little two-week vacation for myself. I get right back to work this next week. Right now, I am booked and blessed, honey, and I’m enjoying every minute of it. My life has completely changed. A year-and-a-half ago, before Idol, I was battling homelessness. I don’t have to worry about that anymore. It’s not even a thought in my mind. I’m able to help myself and the people I love, and I’m able to live my dream while doing it. I couldn’t be more thankful.

Do you feel any pressure or obligation to be a role model for the LGBTQ community?

That’s an interesting question. I think everyone has different viewpoints. My personal view is people in the spotlight are under no obligation to be role models unless they have built a platform off being a role model. This is the entertainment industry and our job is to entertain. Our jobs are not to say, “Hey, look at me! I’m just wonderful person, do what I do, and say what I say.”

However, I have done my best to use my platform [for] positivity. I like to look at myself as someone who can be a wonderful role model. I would like to maintain that throughout my career. However, I do not think that people in the entertainment industry are under any obligation to act as role models. The choice I have made is to be one.

How do you identify?

What is your coming-out story?

I don’t think I have one. I never really had to hide who I was. I was not a kid who played in makeup or wore my mom’s shoes. I’ve always been expressive through my music and my artistry. I was never prancing around in heels or dresses. I never did that as a child. I don’t think [my sexuality] was an issue. I don’t think I ever had to come out. I just lived my life as my genuine self and I didn’t care what anyone else thought.

How’s your relationship with your family? Is it good?

Yeah! Of course they had their issues at the very beginning, but they know what’s going on. I was lead clarinet player in the band. I was a singer and I was in theater. I was dancing and having fun. I was a little flamboyant. They were afraid for me more than anything as any family members or parents would be. They were a little more protective of me when I started getting into high school but it was for my safety. In all, I think being Ada was a shocker to them. Obviously, that isn’t something you expect right off the bat. At first, I think my grandma was scared of Ada (laughs). Before I got pretty, I was interesting. I think the drag thing scared them more than anything. It took a little bit longer for them accept that. My sexuality was never really an issue and I’m very thankful for that.

I see you have a boyfriend. How do you balance your obligations with your love life?

I said, “Now I’m going to give you an option: You can work for me or you can have a nice life.”

He was like, “Is that really a question?” I was like, “You can work for me or we can travel together but your job is to be my road manager. You’re going to be carrying my bags, you’re basically my assistant.” I was going to have an assistant whether it was him or someone else because traveling on the road is not easy especially, as a drag queen. You have to do everything by yourself. You have to carry your suitcases, you got your wigs, your nails and your eyelashes, your everything! When you’re in full drag, do you think you will want to carry all of your stuff, by yourself, in your heels and gown? It’s too much. Then you have deal with gigs on your own and be like, “Where’s my money? Why haven’t I gotten paid? Where’s the person who supposed help me backstage?”

Now, I can sit in the back and get ready while that all of that is handled. I don’t have to worry about all of that extra nonsense. I can focus on me and my performance. We worked it out to where we get to spend a lot of time with each other and we’re enjoying it. Like next month, we have a gig in Hawaii and we’re going to be there for a few days so that’ll be a lot of fun. That’s a place we’ve always talked about visiting.

Do you have any new projects?

I still have many tour dates. I’m staying active, getting out in the public, and meeting new people. I’m enjoying that. I have a couple of years of that booked already. I’m going into the studio to work on a single. This one is going to be a little bit more me in terms of a throwback R&B love-song type of thing. That’s something I really like and it’s going to be more of that. I would like to do a short little Christmas album. I love love love Christmas and I think that would be a fun thing to do. We will see what happens. I’m trying to stay working as much as possible and not turning down any opportunities. Work is work and a blessing is a blessing.

You can catch Ada Vox at Atlanta Pride on the Coca-Cola stage on Sunday, October 14.