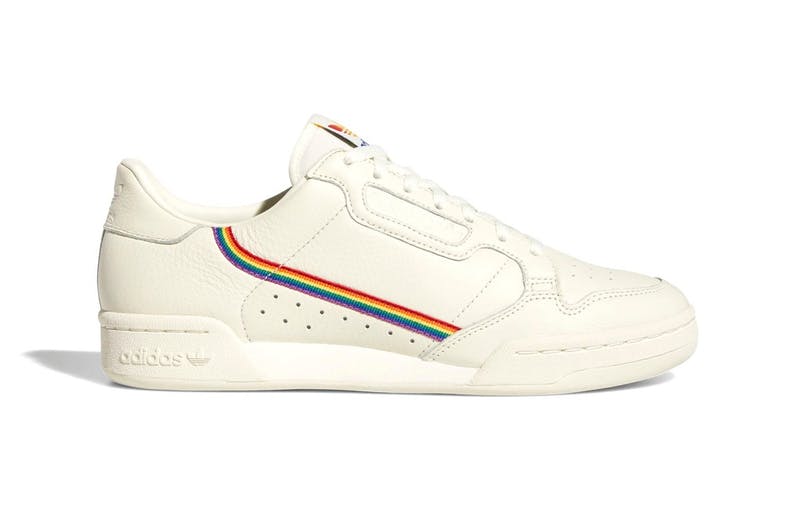 Adidas has released a sneak peak of their new Pride Pack, which will include pride-themed redesigns of their most popular sneakers and shoes, according to Hypebeast.

The pack, which is set to launch online and in stores on June 1, contains redesigned versions of the Continental 80, the UltraBOOST 19, the Adilette, and Nizzas for Pride month.

The Continental 80 features rainbow stripes across the sides and the Adidas trefoil logo on the tongue of the shoe is now in rainbow colors. 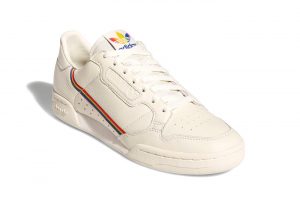 The UltraBOOST 19 has a rainbow knit pattern circling the base, heel, and tongue of the shoe and two orange stripes across the top. 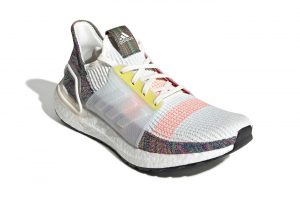 The Adilette, which is a slide instead of a sneaker, is all white with green, blue, and purple stipes on the strap, as well as the white trefoil Adidas logo. 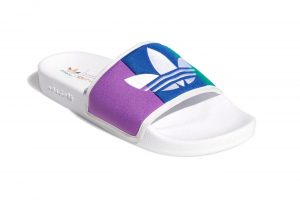 As for the Nizzas, the design is a surprise as Adidas hasn’t yet released an image of what the ‘70’s-inspired basketball sneakers will look like.

Every shoe also features the slogan “Love Unites” written on the sole. Prices are expected to range from $90 to $150.