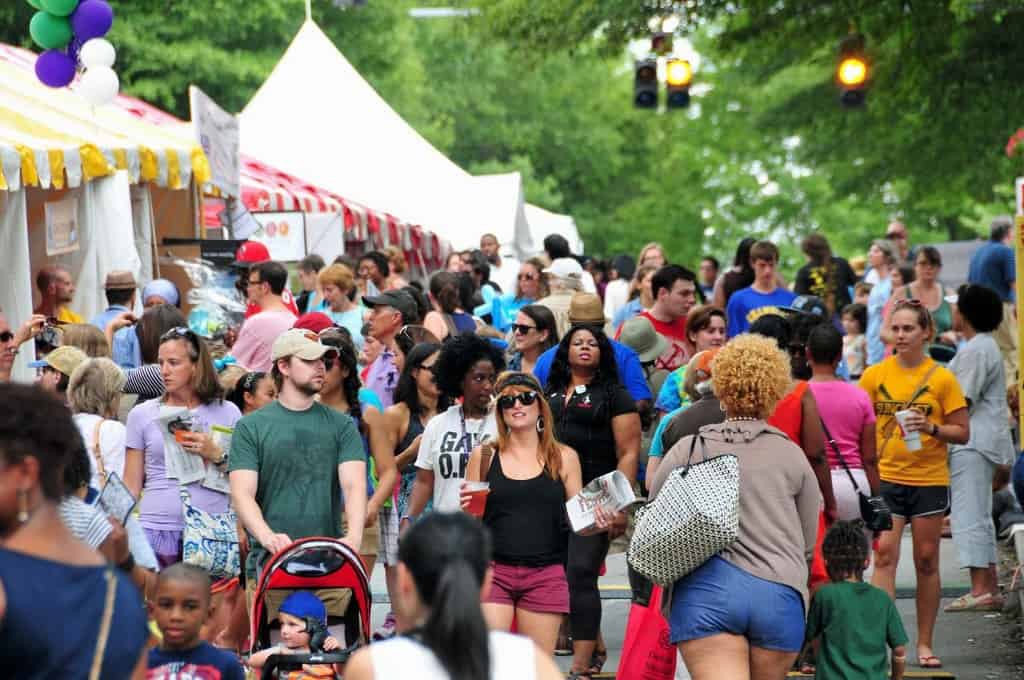 The largest independent book festival in the nation is back Labor Day Weekend as the AJC Decatur Book Festival celebrates 10 years of author readings, book signings, panel discussions and more. Revolutionary feminist author Erica Jong is the keynote speaker and will be interviewed by Roxane Gay, another famous feminist author.

Festival organizers have changed things up this year by eliminating the LGBT track, but festival programming director and former Outwrite Bookstore & Coffeehouse owner Philip Rafshoon says there will be no shortage of LGBT authors present.

"The main reason [there is no LGBT track] is there are many LGBT authors participating in the festival, but the work is not specifically about LGBT issues," he told Georgia Voice.

He notes an appearance by gay author Jim Grimsley as an example. Grimsley will appear on a panel to discuss his latest, "How I Shed My Skin," a memoir about growing up in North Carolina as schools began to be desegregated. Appearances will also be made by the openly gay science fiction/fantasy favorite Samuel R. Delany and Cat Cora, the lesbian chef who was the first female winner of "Iron Chef America."

There will, however, be panels dedicated specifically to LGBT issues or only featuring LGBT authors, such as a panel about coming out in the South featuring authors Susan L. Benton, Christina Holzhauser, Ed Madden, James Villanueva and local author and public relations strategist B. Andrew Plant.

Ryan Berg will be on an LGBT homeless youth panel to discuss his book, "No House To Call My Home: Love, Family and Other Transgressions." Laura Gentle and Rick Westbrook from local LGBT homeless youth organization Lost-N-Found Youth will also be on the panel, which will be moderated by the openly gay Rev. Josh Noblitt of Saint Mark United Methodist Church.

Gay author Jamie Brickhouse will appear on a panel called "Life, Me and Mom" to discuss mother-son relationships and his book, "Dangerous When Wet." John Lemley, the openly gay host of "John Lemley's City Cafe" on WMLB AM1690 will moderate.

Gay authors Brad Gooch and Robert Goolrick will discuss their books, "Smash Cut" and "The Fall of Princes," respectively, on the panel, "Eighties New York: Portraits of an Era," moderated by Richard Eldredge, the openly gay editor-in-chief of Eldredge ATL and contributing editor at Atlanta Magazine.