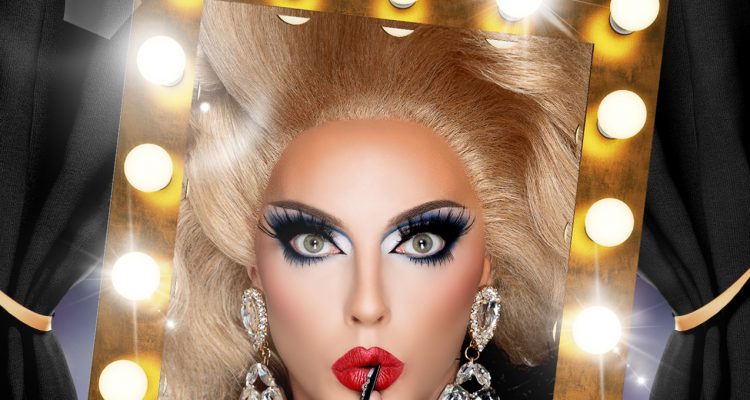 Alyssa Edwards Brings Her One-Queen Tour to Atlanta May 25

Dancing queen, Texas diva, and “RuPaul’s Drag Race” legend Alyssa Edwards is tongue popping her way across America with the Life, Love, and Lashes Tour, a simultaneously spectacular and intimate deep dive into the icon herself.

Slated as a “love letter from Alyssa,” Life, Love, and Lashes chronicles her road to fame, from the intimate anecdotes of a young gay boy to the big dreams of a budding superstar — and it promises to be sickening.

“Where do I start? It’s one night, one queen, and I think it’s a full-on spectacle that one will never forget,” Edwards told Georgia Voice. “It’s truly all things Alyssa Edwards. Everything everyone is probably thinking this show is about, it is. It’s going to be performance, full throttle, high-caliber quality. Expect a night of tongue pops, dancing, and storytelling.”

The show has been in the works since before the COVID-19 pandemic and is born from her sold-out, critically acclaimed Memoirs of a Queen, a show she performed at the Vaudeville Theatre in London’s historic West End last year. After that performance, she knew she had to transform it into something much bigger.

“Right when COVID-19 started to lift, I had the opportunity to travel to the West End where I did the memoirs, and that’s where all of this took off,” she said. “I was like, ‘I have to do this in America. I would not do myself justice if I did not travel this tour.’”

When Edwards is onstage, embodying what she calls a combination of “Elvis Presley and Liberace,” you can expect the glitz, glamour, and drama she’s known for along with a softer side. This show is Edwards’ passion project, something she sees as “an opportunity to share more of me that I haven’t yet shown — if that’s even possible!”

“It’s the journey, the story of becoming Alyssa Edwards, from Justin Johnson, a little gay boy in Mesquite, Texas, to ‘RuPaul’s Drag Race,’” she said. “There are so many beautiful things I’ve touched and been a part of, and it’s all led up to the live show. It’s super fun, it’s super campy. There’s also some very vulnerable moments.”

Giving Georgia Voice a sneak peek into the show, Edwards said she will be de-dragging on stage to give the audience a more intimate look into the character she has created, a side of her fans have never before seen.

“It’s about the birth of Alyssa. I talk about me as a young kid and being introduced to puberty and knowing I didn’t fit in but thinking that maybe there’s a world where I fit in,” she said. “I have this character that’s always been living inside of me that I finally let out, and Act I ends with me at my vanity, and I am remembering all of this as I de-drag on stage. That’s very interesting for me, because I always keep the magic to myself … It’s beautiful, I do this contemporary lyrical dance, and the scene ends with me just in my dance belt. And then we open up Act II with, ‘She’s gay!’”

Life, Love, and Lashes launches May 10 in Edwards’ home state of Texas before making its way to Atlanta’s Center Stage Theater on May 25. As a Southern girl, Edwards is excited to bring her show to the place she loves.

“I always tell everyone that I am who I am because I was raised in the South,” Edwards said. “Pageantry is a huge part of Southern culture and drag culture. I got into drag from watching these incredible pageant queens. Anytime I get an opportunity to travel [to the South], amongst my folk, it’s like a homecoming experience for me. We speak the same language when it comes to drag, artistry, and performance.”

“I remember coming [to Georgia] when I was Miss Gay USA in 2006, and I was received with arms wide open,” she continued. “So, I’m looking forward to being there — and I’m hoping I run into NeNe Leakes somewhere, so if y’all see her, send my ‘howdy’!”

Tickets to Life, Love, and Lashes start at $55 and can be purchased at dragfans.com.