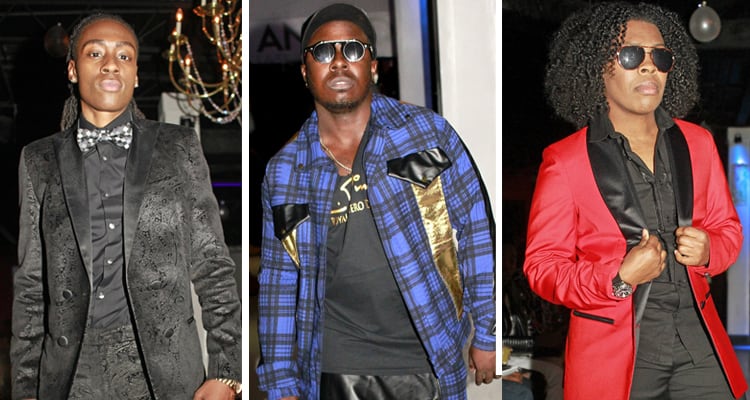 As Labor Day weekend approaches, local comedian, LGBT advocate and fashionista Kia Barnes shifts into hyperdrive as she prepares for her annual Andro Fashion Show. The show was born from a need of masculine-identified women to buy clothing that not only fit their fashion aesthetic, but also their female bodies. Barnes, a staple in the Atlanta lesbian community, discussed the designers, the event itself and the positive and lasting impact on the community.

As a lesbian with masculine energy that doesn’t identify as butch or femme, I was extremely curious about your fashion show when I heard about it last year. I seem to face a common dilemma with others in my community: I want to wear masculine clothing but the men’s departments don’t factor in my size DD breasts or hips that curved to make way for two children. The women’s departments don’t have much of a selection (if any) of masculine clothing. Is this why you started it to begin with?

Yes. The Andro Fashion Show was born from the need to highlight fashion for masculine-identified and androgynous lesbians as well as transmen. I wanted to use my platform as a lesbian comedian to bring something different and more diverse to the LGBTQIA community. It has been a huge success!

I went to the one you had in December and it was quite an event – a packed house and all of those beautiful ladies and handsome bois, the music … it was more than a show. It really was a very classy event.

Atlanta loves the Andro Fashion Show! Our first show sold out at 180, so we doubled the size of our venue, and that one sold out too.

How often do you have them?

The Andro Fashion Show will always be a kickoff event for Labor Day Weekend [Black Gay] Pride, and we also do a December show to end the year. In addition, we had a smaller show called Androgyny Upcycled, which highlighted LGBTQ stylists instead of designers. Every piece had to come from a local thrift store, and we had an amazing turnout! Outside of Atlanta, the Andro Fashion Show has been a feature event at Prides in Miami and Washington, D.C. We also have plans to add more cities as our supporters reach out to us.

It must be fun for you to collaborate with designers to get the clothes in front of their target market.

Yes. For the first show, I researched some popular LGBTQ publications to find LGBTQ and allied designers to invite them to the show. By the second show, many more were knocking down our doors asking to be included. We have designers apply from all over the world, and we’ve featured many of their work, including David Tutera, Gender Free World from London, TomboyX from Seattle, Dapper Dames from San Diego, Toni Marlow from Canada, etc.

Besides the obvious need for masculine-fitting clothing, why is there a need for particular events in the community?

I firmly believe that Atlanta’s LGBTQ community needs more diversity, art and an actual sense of community. The Andro Fashion Show is so much more of a movement than a moment. We honor community heroines at every event, and the show also features several police officers, firefighters, teachers and many other LGBTQIA role models.

It’s important to highlight our contributions to society and show a side of our community that’s often overlooked. Outside of the show, we also produce, support and participate in other outreach and charity events that work towards our community goals. We’ve done school supply drives, charity basketball tournaments, fed the homeless and we also collaborated with MSR [My Sister’s Room] to produce Atlanta’s Equality March.

I felt that “community” at the December show. What are some of the other positive outcomes of the show?

The Andro Fashion Show has turned into a mentorship! We are like one big family, and I know the community is watching. We’ve grown so much together over the past year, and being able to live and lead as examples of peace and progress is powerful.

We’ve had models go on to New York Fashion Week, and several have been chosen as spokesmodels for international brands. Also, the upcoming Andro Fashion Show features three transmen, and two of them are in the military. Much of the trans community has really united behind the Andro Fashion Show and our events, which has also helped break down barriers and dispel myths and misunderstandings about the transgender community. We exemplify the inclusion and diversity our community so badly needs, and we constantly work towards fostering the same within our own communities.