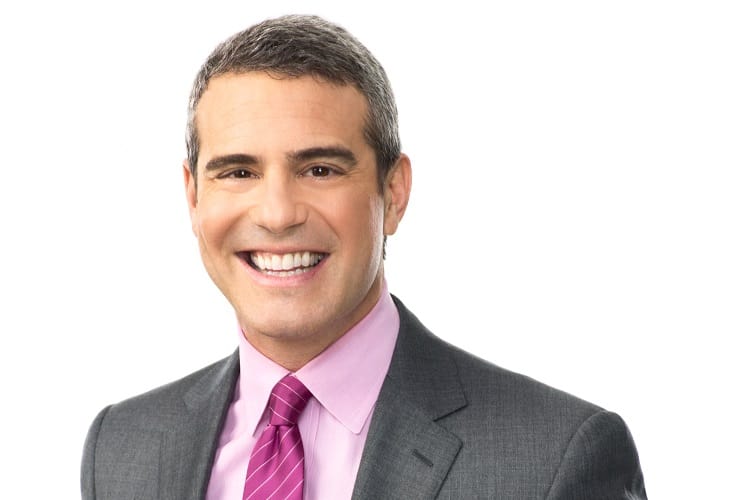 Andy Cohen has a strange life, where in the same day he could be snapped by paparazzi while picking up dog poop, settle three different behind the scenes spats with various “Real Housewives,” have dinner with good friends Sarah Jessica Parker and the Seinfelds and wrap it up by getting an alcohol-fueled celebrity to reveal something deeply embarrassing on his late night show “Watch What Happens Live.”

The openly gay talk show host and Bravo network mastermind reveals details like this and more in his latest page turner, “The Andy Cohen Diaries: A Deep Look at a Shallow Year.” Cohen hits Atlanta this Saturday, Nov.15 to do a Q&A and book signing at the Book Festival of the MJCCA.

It was another pop culture personality that inspired Cohen to write the book.

“I just love ‘The Andy Warhol Diaries,’ I thought it was so cool,” he tells the GA Voice on a call from his New York home. “I got it when it came out and it’s stayed in my consciousness. It hit me like a ton of bricks.”

Cohen doesn’t hold back much in the book and wasn’t uncomfortable with any subjects, save for one.

“I like making fun of myself,” he says. “But in terms of cringy, I think it’s really just the dating stuff and putting myself out there that way. That’s kind of new for me.”

One surprising aspect in the book is how much time Cohen spends behind the scenes handling various members of the casts of the “Real Housewives” series.

“There’s a lot of wrangling. Every day there’s things that pop up in different cities,” he says, but notes, “The good thing is you don’t have to watch the ‘Housewives’ to like this book, but that’s part of the narrative.”

The last time Cohen was in town for a RHOA reunion show, he went out with friends to eat at The Optimist and then made a stop at Swinging Richards afterwards, which he references in the book. So don’t be surprised to see him out and about after Saturday evening’s event.

“We like to go and have fun,” he says. “There’s so many great restaurants in Atlanta.”

“I think Nene’s really funny. Phaedra cracks me up.”

“Kenya’s got a big personality.”

“Kandi [Burress] is really very smart, she’s really strategic, very competitive in terms of business stuff. She’s really interested and involved in why we make certain decisions involving the show and she has a lot of opinions herself.”

Biggest pain in the ass?

“I mean look, this is my job, this is what I do. I would say what happens is everything will be going along swimmingly and there will be flare-ups in different cities. It’s not any one thing that’s happening. So maybe the Atlanta housewives will be really mellow and I won’t hear from them, then all hell will break loose in Beverly Hills.”