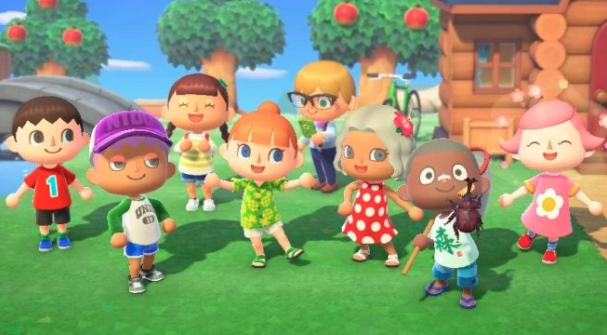 In past installments of the animal world simulator, the facial features and island environment were determined by your answers to a series of questions, including, “Are you a boy or a girl?”

Now, players can customize their character throughout the game, and customization options are not limited to male- or female-only features and hairstyles.

Check-in Procedures ②
At the counter, they'll ask for your name and birthday, and then they'll take a picture of you for your passport. Take as much time as you need to get yourself looking just the way you want! pic.twitter.com/kJQjUDIREc

“Right from the start, you’ll be able to choose the way you want to look,” New Horizons director Aya Kyogoku told Polygon. “All the facial parts and hairstyles are gender-free. So, you can select from a pool of hairstyles and facial features, and then they’re also changeable at any point in the game. So, if you feel like a certain way one day, then you can make that change pretty easily.”

Another new addition to the character customization process in Animal Crossing is the ability to change your villager’s skin color.

This change, which will allow for non-binary and gender non-conforming players to feel more included and represented in the game, is in stark contrast to Nintendo refusing to include LGBTQ representation back in 2014. In their game Tomodachi Life, players were encouraged to flirt, date, and marry, but only with opposite-sex characters. When players asked for a same-sex update, Nintendo replied, “[We] never intended to make any form of social commentary with the launch of Tomadachi Life. The relationship options in the game represent a playful alternate world rather than a real-life simulation.”