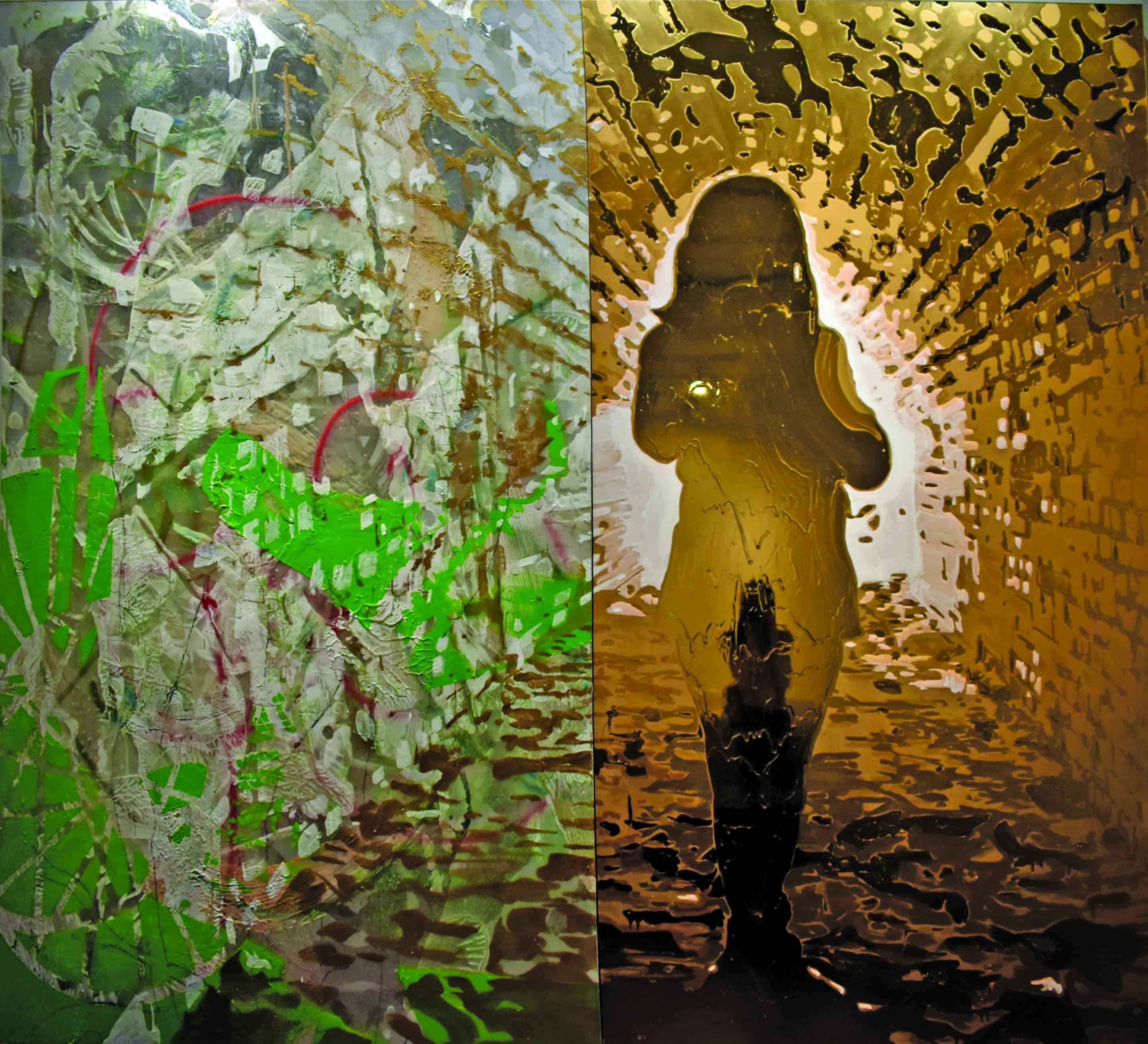 Catharine Romero-Perla
Art
June 7, 2018
For the last three decades, Bill Lowe Gallery, found at the end of a cul-de-sac, showcases artists whose works transform the human heart and soul at intimate levels.

Currently on display is Jimmy O’Neal’s exhibition titled Adrift Within A Long Loving Look. The exhibition seeks to interpret the reality of

the in-between and seeks to reflect the experience of a gradual movement into a state of weightlessness untethered by boundaries. Jimmy received his BFA and MFA from Savannah College of Art and Design.

Jimmy’s “mirrored paint” technique, an innovation he created by sanding down an acrylic mirror and creating a new paint formula that would stick to the acrylic, reflects to the viewer a distorted reality and a distorted self. The effects of mirrored paint are akin to a fogged- over-bathroom mirror after a steamy shower.

Then there is Tilting at Satellites where the viewer catches glimpses of their distorted reflection peeking through gold mirrored paint and vibrant blues. This piece alone led me to reminisce on my current status as a recent college graduate on the cusp of adulthood. For me, this was the piece that successfully fulfilled his artistic intention.

Winding through the exhibition, there is a small canvas piece Cloud Humor. With this, the tone of the exhibit changes. The hours spent adrift 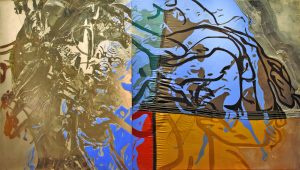 in the sky are now coming to an end, and the clouds are now cotton-candy pink due to the twilight sky.

At the end of the exhibit, there is a large body of work, Beneath the Foundation, that begs the attention of the viewer. There is the figure of a woman standing in a brick tunnel holding a camera. Before, the viewer only caught glimpses of themselves, but by the end, they are completely vulnerable, exposed to a woman taking a photo of the viewer.

Jimmy O’Neal’s exhibition takes the viewer adrift. It asks personal questions and brings them to the forefront. I was confronted with my 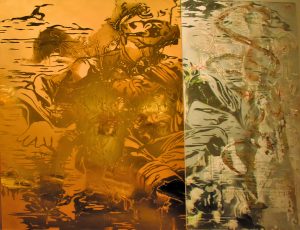 status as an unemployed college graduate. By then end, I was facing myself, completely vulnerable but, although afraid of my distorted reflection and my uncertain future, still saw a glimpse of hope.

The exhibit takes the viewer on a ride and asks for honest, uninhibited self-reflection. In doing so, there is a renewed sense of self and purpose.

Bill Lowe Gallery’s exhibition of Adrift Within A Long Loving Look reflects the gallery’s continued promise to showcase the works of local artists reaching the viewer on an intimate level.