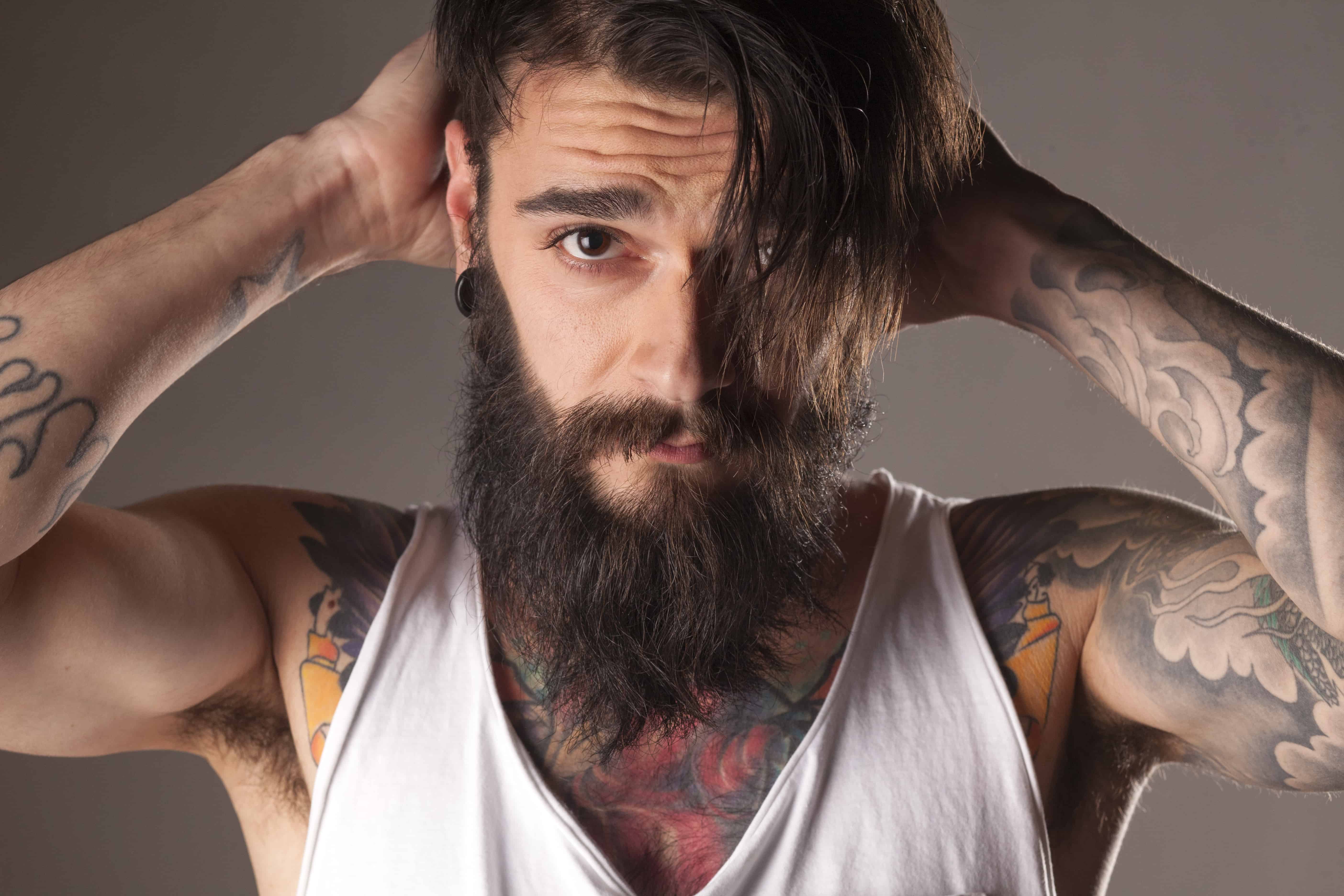 young man with beard and tattoos in a white sleeveless shirt

The Beloved Art of Tattoos: A Conditional Stigma

Aidan Edwards
Art
June 8, 2018
The art of tattooing has an ample history that’s been traced back to the Neolithic age. According to NPR, the first viable evidence of a tattoo on skin was found in Egypt. That’s right — mummies are the O.G. tattoo trendsetters up to date. Imhotep with the ink, though!

The ignominy of tattoos began with Leviticus 19:28 within the King James Version of the Christian doctrine where it preaches, “Ye shall not make any cuttings in your flesh for the dead, nor print any marks upon you.” The markings of flesh were a sign of the abominable beast. However, religious tattoos have blossomed, throwing the beast’s mark right back at him with love.

The majority of permanent markings in history were exhibited by those of the lower class, criminal affiliated, the enslaved, and others deemed barbaric. The intimidation purposes inevitably paved the way toward its banning in eastern regions. In western society, tattooing came to practice during the Civil War when a German immigrant named Martin Hildebrandt provided soldiers with ink for identification purposes. His travels allowed him to supply ink for both the Union and the Confederate troops. His work led to the cultivation of ideas that have evolved into the collections of work we see today.

Tattoo culture has since become a form of artistic expression, gifting symbolism, remembrance, and above all, freedom. But within the movement, some misguidances sour the art form by fueling aimless animosity, violence, the promotion of racial purity, and the continuation of branding a human being as property.

America has taken upon itself to allow tattoos to become a social normative. But with tattooing no longer being the elephant in the room, it doesn’t necessarily mean the art has been subject to negative opinions inside (and outside) the workplace. Tattoos are subject to boundaries if a workplace dictates them. If we cannot sheath them behind our clothing, an interview may be out of the question. The infamous slang term for ink in plain sight has been given the name “job cutter.” Any tattoos above the neck or on the hands are still viewed as tasteless.

The biblical verse from Leviticus still has a hand in modern-day society. An artistic choice can cause society to label someone based on their appearance. The times have certainly changed, but to what degree? To help me further explore this, I spoke with local tattoo artist Jenny Collins.

“I grew up in a strict Baptist home where tattooing was a sin,” Jenny says. “We were taught that it was the mark of the beast. Tattoos were for degenerates. Now, my parents have changed their viewpoints. They think it’s cool.”

Jenny attended graduate school for materials science engineering in Colorado. After overhearing her advisor speaking ill of tattoos, she went out of her way to hide her own. “I covered them every day. I felt like I couldn’t be myself,” she says. The generational disparities were apparent to her in graduate school. “It’s a different school of thought.”

“Maybe our kids won’t want to have tattoos because we do,” she says sarcastically, deeply shading a center pole of a carousel design with white. “It’s not going to go anywhere any time soon,” Jenny says confidently.

Undeniably, the buzzing of an ink gun reverberates throughout the troposphere. The droning noise from the machines fall upon an anti-inker, or someone covered in the combination of titanium, chrome, and lead. No matter whose ears the zinging reaches, it’s impossible to ignore the present stigma toward tattoos.

Jenny Collins is an artist, and tattoo artist based in Atlanta, Georgia. Her work reflects her inspirations drawn from nature and geometry. To view a gallery of Jenny’s artwork, visit her website at JennyTattoos.com, or reach out to her email at JennyTattoos@gmail.com.