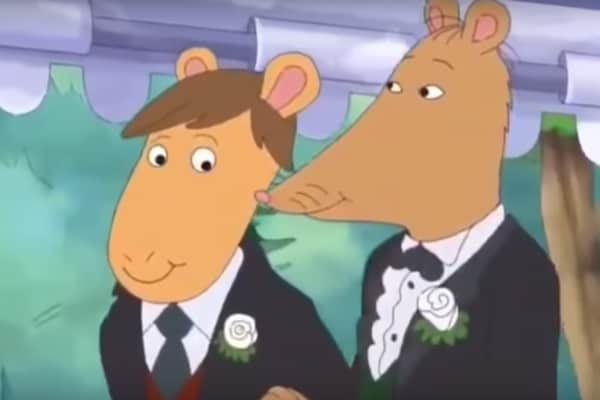 ‘Arthur’ Character Mr. Ratburn Comes Out as Gay and Gets Married

“Arthur” revealed that one of its lead characters is gay in the season 22 premiere episode.

The gang is upset because they don’t like Patty and decide to crash the wedding. They learn that Mr. Ratburn isn’t marrying Patty but is marrying an aardvark named Patrick who owns the local chocolate shop. The big plot twist is that Patty is Patrick’s sister.

People commented on the cartoon’s inclusivity on social media with reactions ranging from praise to surprise that “Arthur” is, in fact, still airing after 22 seasons.

It turns out Arthur is more courageous and explicit than Avengers: Endgame when it comes to LGBTQ2 lives and storylines. Congrats Mr. Ratburn! Your move, Marvel…. https://t.co/eq99SerHaC

I found out that Mr. Ratburn's getting married to a bloke on Arthur and I say hey (hey) what a wonderful kind of gay.

imagine telling me in 1998 that “Mr. Ratburn” would be a worldwide trend on twitter dot com

The “Arthur” universe has included LGBTQ representation in the past. In the 2005 spin-off series, “Postcards from Buster,” a lesbian couple is seen in the episode “Sugartime!”

Watch “Mr. Ratburn and the Special Someone” here.