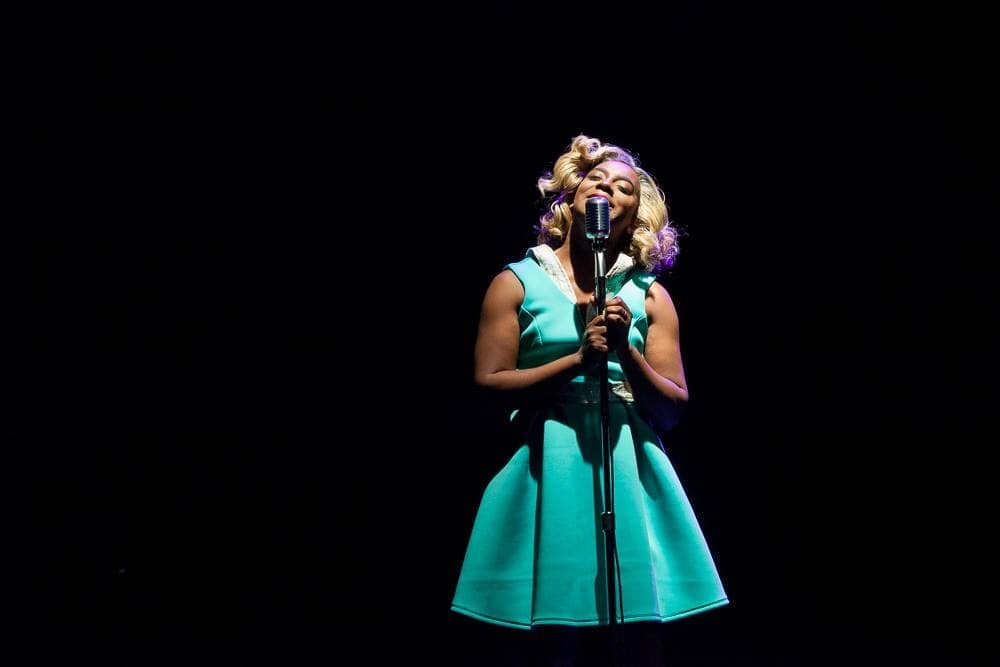 Provoking thought, evoking emotion, sharing a perspective and calling for action. Those are all on the performance to-do list of artist Corian Ellisor. The 33-year-old Texas native (and current Atlanta resident) will be performing a unique story-telling experience he calls “On My Mind” at 7 Stages Theatre Nov. 3 – 5. The performance, which mixes drag, dance, live singing, theater and comedy, will also serve as Ellisor’s thesis for his MFA in Dance from George Washington University in Washington, D.C.

“When I went up to D.C. to start researching the thesis work for this performance piece two years ago, I was learning about Black Lives Matter,” Ellisor said on how the idea began. “What was really resonating in my mind was that black people were being killed by police and me not feeling safe around these people who were supposed to be protecting me, and my civil liberties.”

It made the artist think back to lessons learned from his mother.

“She raised me to be strong but also to always keep in mind that I am a black man of color and people are going to look at me differently and have expectations of me that are not necessarily true, but they are social constructs that have been placed upon me,” he said. “I started feeling like I needed to say something.”

Prior to “On My Mind,” Ellisor’s work has been based on the human experience, rather then telling his own personal story through solo work.

“I do a lot of dance and come from a theater background,” he said. “I also sing and do drag so I wanted to make this a multi-media show so I could express the plight of my mom and how I was raised by my mom, my aunt and my grandmother. They shaped me into who I am. I find a lot of my strength from the feminine mother archetype.”

A mother and a big move

The first 20 minutes of “On My Mind” begins with Ellisor recreating his coming out as gay to his mother.

“She was so upset. She gave me this speech about how hard my life is going to be because I’m a black man and how much harder my life was going to be when I throw gay into the mix,” he said. “Her brother was gay and he had some mental issues and problems. Part of it was like her putting his character onto me. But after she thought about it, she realized we are two completely different people and then she was okay.”

Ellisor said his mother laid the groundwork for him to be able to do the kind of work he does now.

“She had me in high school,” he said. “She always worked hard to make sure that I had everything that I needed and could do the things that I wanted to do, have the life that I want and be able to pursue the career that I wanted.”

Growing up in Humble, a middle class suburb north of Houston, Ellisor acknowledged that he was sheltered from racism.

“I was a bit oblivious to race and society,” he said. “My mom kept me sheltered. I thought that I was the average kid. Race was always in my mind but it never really came to a forefront until I got older and moved to Atlanta.”

The move turned out to be a pivotal turning point for him.

“I saw so many successful black people,” he said. “I feel like Atlanta is a very black city and a very gay city. It welcomed me in a way that Houston didn’t, in some ways. Here, I found the opportunity to just be myself. It took me leaving home to be able to reinvent myself to become who I truly am.”

The caliber of the arts scene in Atlanta was a major positive for Ellisor.

“I came here to work in a dance company,” he said. “But when I got here, I realized that with my theater and vocal training, I could do more. I could make my own opportunities. In Atlanta, there are the classical institutions like the symphony, the ballet, the Alliance Theatre … but there’s also so much that’s happening underground. It’s sort of like buzzworthy to be an artist right now. People are coming out now and seeing this live art. It’s not really happening everywhere. We live in a digital age where you can just go online and watch things. But people in Atlanta really patronize the arts.”

When asked about the drag portion of his performance, Ellisor notes that respect for drag artists is at an all-time high.

“I appreciate that we are considered artists now as opposed to a sort of joke of what the gay/queer community represent,” he said. “We are now in theaters and venues instead of clubs and bars.”

Ellisor, who curates drag shows at Mary’s, takes pride in the work he does in drag.

“I get to help represent my community in a positive light and thrive through drag,” he said. “I get to share ideas with other artists and I have a voice in the community. I represent the marginalized community in Atlanta and feel up for the challenge.”

The “On My Mind” thesis show at 7 Stages is the culmination of the skills in theater, music and dance that Ellisor has learned in his lifetime.

“For me, performance art should have a well-rounded arc,” he said. “When people come to see this, they will hopefully get to know a little bit about me as a queer black southern artist. And hopefully, that will open dialogue between me and my audience, my audience with each other and my audience to their circles after the performance is over. That’s how we can move along the process of being a more united community.”