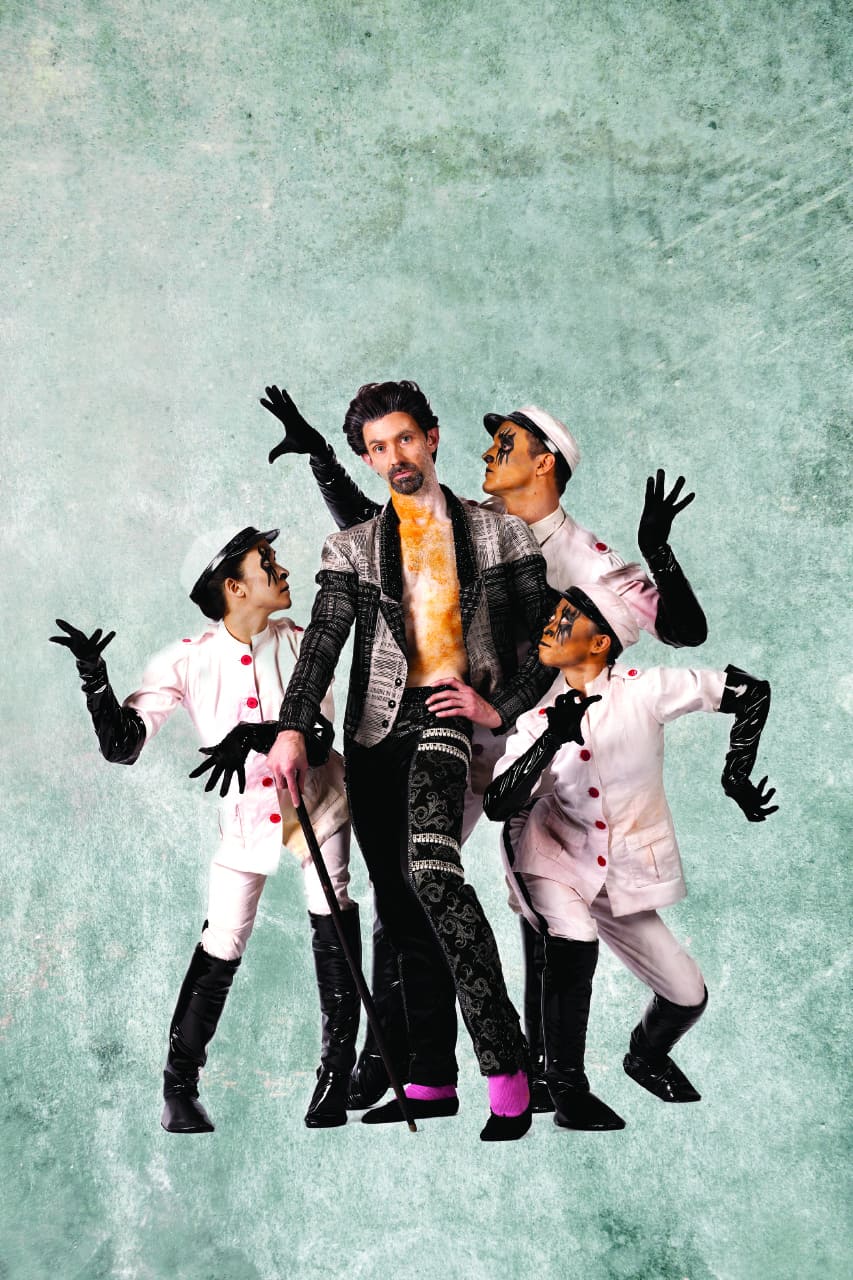 Tennessee Williams’ story “Camino Real” is the classic story of good versus evil and includes the entire 23-member Atlanta Ballet company performing in the story of Kilroy, an American merchant seaman and onetime prizewinning boxer who is trapped in the surreal, dead-end town of Camino Real and “forced to grapple with mortality, the burning desire to connect and the will to live.”

Williams, known for his classics “A Streetcar Named Desire” and “Cat on a Hot Tin Roof,” explores love, redemption and courage through Kilroy.

“Through his journey to bring renewed hope to the town of lost souls, Kilroy meets a cast of unlikely characters from various periods of history and pop culture, such as Casanova, Esmeralda (The Hunchback of Notre Dame), Marguerite (The Lady of the Camellias), and Lord Byron, who together struggle to escape their fates,” states a press release from the Atlanta Ballet.

Two of the gay dancers in the company who perform as Lord Mulligan and also one-third of “The Cleaners,” a group of underworld thugs representing death.

We asked the dancers questions about ballet and why they enjoy the art of dancing. Check out what they had to say. 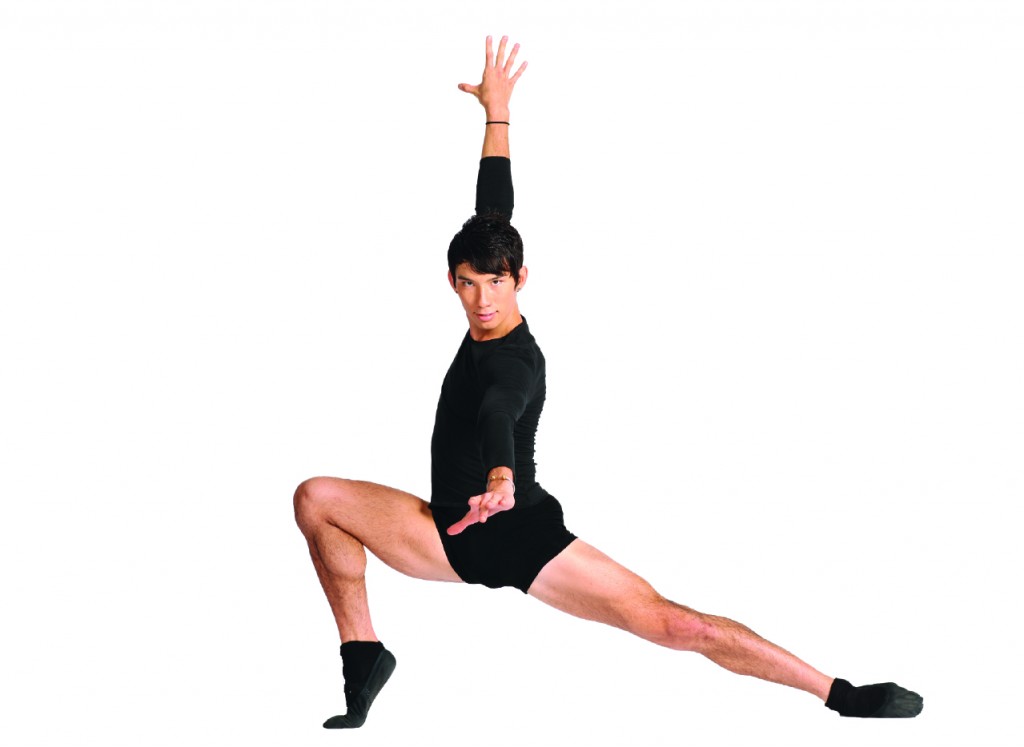 Brandon Nguyen, 26, is a native of Fort Worth, Texas, and moved to Atlanta in 2011. He plays the role of Lord Mulligan in “Camino Real,” who meets an unsavory fate in “Camino Real.”

How long have you been dancing? How long with the Atlanta Ballet?

I have been dancing for 16 years. This is my fourth season with Atlanta Ballet and prior to this I danced with the Orlando Ballet and Cirque du Soleil.

When did you come out as gay? How did you know you were gay and how were you accepted by family, friends, classmates, etc.?

I was open to my friends when I moved to Houston at 15 to train with the Houston Ballet Academy. It wasn’t until I was 22 that I came out to my parents. Initially they were not happy about this, but with time we have and continue to form a new relationship where we accept each other and understand each others boundaries.

What do you enjoy about dancing?

I enjoy the work you put into creating your craft. I love coming into the studio and exploring what my body can do. I like being surrounded by people who are passionate about their work. I have been a professional for eight years, so basically I know that if I am still dancing, I am still alive.

What does it mean to you to be dancing in “Camino Real” — especially since it is the first-ever ballet adaptation of the play?

Dancing in “Camino Real” has been a rewarding experience. It has been a collaborative process between the choreographer, dancers, designers and staff. Just to be a part of a ballet that is a world premiere based on a play by Tennessee Williams is in of itself a success.

What’s an average day of a professional ballet dancer like?

An average day of a dancer starts with 1 1/2 hours of ballet class followed by 6 hours of rehearsals of what we will be performing next in the season. On our hour lunch breaks, a lot of us see our massage and physical therapists to take care of any minor or major problems our bodies are having and find ways to heal and strengthen those areas.

What do you do for fun?

For fun I like to hang out with my boyfriend and fellow company members. I also love going to the theater to watch other live shows. I enjoy treating myself with a spa day or going to a yoga class.

Brandon Nguyen, Fourth Season . A native of Texas, Brandon found his love for dance at the Margo Dean School of Ballet in Fort Worth and later moved on to Texas Ballet Theatre. He furthered his training at Houston Ballet Ben Stevenson Academy, performing solo and principal roles with Houston Ballet II. He received his first job with Orlando Ballet under the direction of Bruce Marks and, later, Robert Hill. While in Orlando, he also became an artist with Cirque du Soleil as a lead male dancer in La Nouba. In 2010, he performed with Mariah Carey for the Disney Christmas Day Parade. Brandon thanks his parents; Atlanta Ballet for being so welcoming; and his past, present, and future teachers. 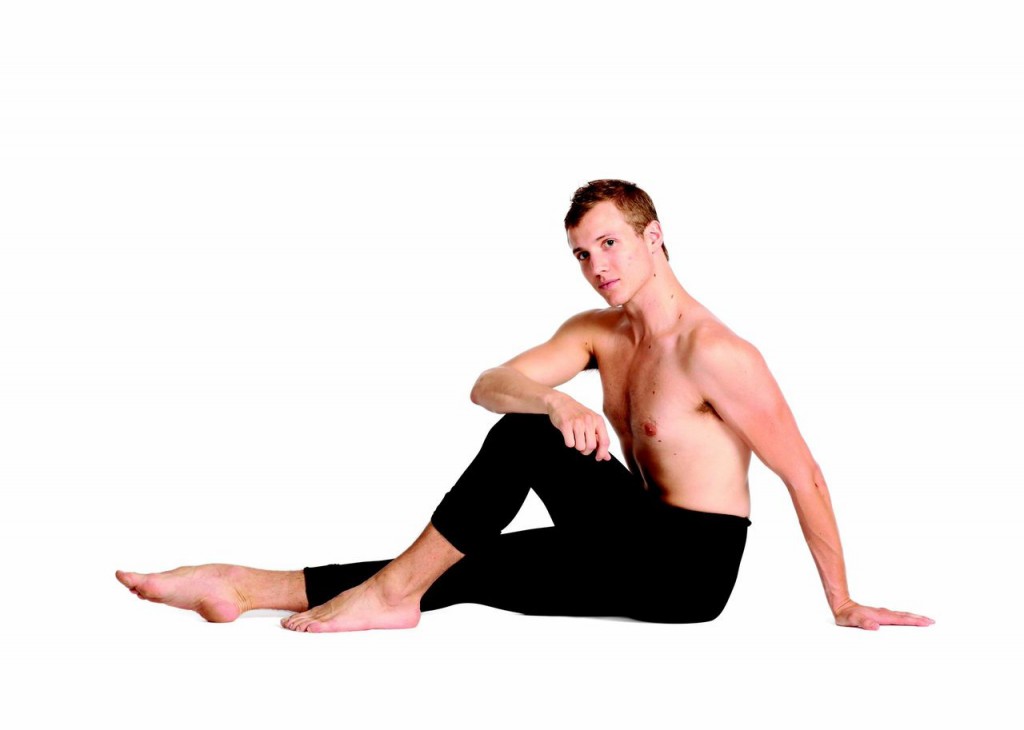 Jacob Bush, 27, hails from Oakland, California, and returned last year to dancing with the Atlanta Ballet after two years dancing in Augsburg, Germany.

How long have you been dancing? How long with the Atlanta Ballet?

I’ve been dancing professionally for 10 years now, but started training when I was 8 years old. I’ve been with Atlanta Ballet for six seasons.

When did you come out as gay? How did you know you were gay and how were you accepted by family, friends, classmates, etc?

I really can’t put a time stamp on it when I’ve always been really open, but if I had to have an age where it was really just guys, it would have to be around 24 years. My siblings and I were taught to love a person’s soul regardless of their gender. So as long as I make my parents proud they are happy. I’ve also learned that being more comfortable with myself has made my relationships with my co-workers and friends even stronger. Everyone just really wants to see you happy, and I am!

What do you enjoy about dancing?

I absolutely love it! I don’t know what else I would do. The chance to be something else every day is so much fun. I also love the passion and dedication that goes into the art form. When you’re onstage and you feel like you are about to die, but you push that extra mile, and feel like you left it all out there is so rewarding. I love what I do every day, so it is never a job.

What does it mean to you to be dancing in “Camino Real” — especially since it is the first-ever ballet adaptation of the play?

Being in the world premiere of the ballet adaptation is exciting. We’ve recently begun seeing all forms of the production coming together, i.e the sets, costumes, lighting. There is a lot of anticipation in the air. I can’t wait. The audience is going to love it. 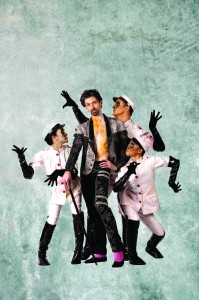 What role will you be dancing in the show?

I will be dancing in the role of “The Cleaners.” They are three creatures that are the personification of Death. It’s a lot of fierce dancing and so fun to dance. Everyone loves to play the evil characters.

What’s an average day of a professional ballet dancer like?

An average day is starting ballet class at 9:30 in the morning to prepare our bodies for the rehearsal day. We then have six hours of rehearsal with an hour lunch break in the middle. Depending on the day and how hard it was, I sometimes go to the gym after rehearsal or ice and take a bath. We all do this Tuesday – Saturday!

What do you do for fun?

Believe it or not we sometimes like to go out dancing to relieve the stress from the week! Other days it’s just sleeping and eating!!!

Jacob Bush, Sixth Season. Jacob returns to Atlanta Ballet after dancing with Germany’s Ballet Augsburg from 2012 to 2014, where he worked with such notable choreographers as Douglas Lee, Annabelle Lopez-Ochoa, Christian Spuck, Itzik Galili, and Michael Pink. Jacob grew up in Coon Rapids, Minn., where he trained under Lise Houlton of the Minnesota Dance Theatre. He continued his training with Atlanta Ballet Centre for Dance Education under Sharon Story and the San Antonio Metropolitan Ballet under Susan Connally. In Atlanta, Jacob danced principal roles such as Prince Désiré in The Sleeping Beauty, the Prince in John McFall’s Cinderella, the Green Man in Lila York’s Celts, and Matthew and Toulouse-Lautrec in Jorden Morris’ Moulin Rouge© – The Ballet. He also had the pleasure of creating the role of the Younger Brother in the world premiere of Christopher Hampson’s Rite of Spring and also the role of Curdie in the world premiere of Twyla Tharp’s The Princess and the Goblin.

Atlanta Ballet’s world premiere of “Camino Real” is this weekend at the Cobb Energy Performing Arts Centre with several performances including the finale on Sunday, March 22.