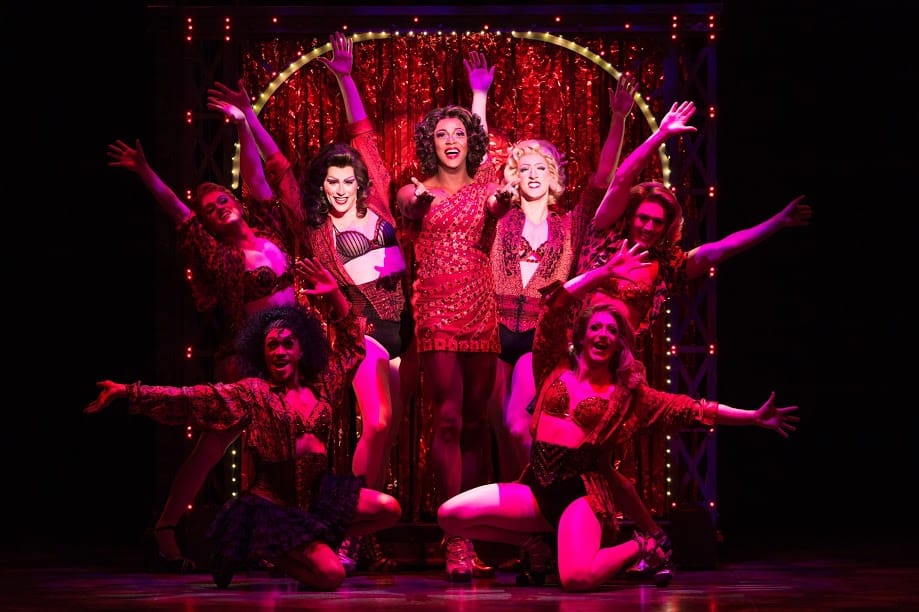 Atlanta enters the land of Lola in ‘Kinky Boots’

After playing at venues across the country, the Tony Award-winning “Kinky Boots” finally has its Atlanta premiere on March 29, courtesy of Broadway Across America. Based on the 2005 film of the same name, the musical – which bowed on Broadway in 2013 – stars J. Harrison Ghee as Lola, a drag queen/cabaret performer who begins working with Charlie Price, a young man who has inherited a shoe factory from his father. To keep the business afloat, the two decide to produce a line of high-heeled boots. We caught up with gay actor Ghee recently to talk about filling Lola’s pricey shoes.

Georgia Voice: Hi there. We understand you grew up in the South and have been performing since an early age.

Ghee: Yes. I grew up in Fayetteville, NC. Performing comes naturally. I like to say that instead of coming out of my mother crying, I came out singing. I grew up singing in church – my father is a minister – and continued performing in high school. I have always loved the art of theater. We had a video of “Porgy and Bess” at home and I would watch it incessantly. I later attended AMDA, the American Musical and Dramatic Academy, in New York.

What did you do after college?

My first gig was working at Tokyo Disney Resort, then I did some cruise ships and some regional work.

How did “Kinky Boots” come up?

I actually went to the casting company to audition for “Motown “and I dropped off my headshot and resume to the casting director of “Kinky Boots.” That got the ball rolling. I have always been intrigued by the show.

Tell us about Lola.

Lola is an outspoken, outgoing, loving drag cabaret performer who has had the struggle of wanting to be accepted and understood by her father. That is what she and Charlie connect on; having dreams and goals of your own when your parents want something different for you. In the beginning, the drag is a cover up for the pain and the turmoil of the life she has lived. It’s a coping mechanism. By the end, it’s her way of changing the world, making people think outside the box and being more accepting. Lola challenges people to accept someone for who they are. At the end of the day that is what we should do as individuals. That is what makes the world so beautiful – the variety of who we are and our differences. Being as brash and bold as Lola challenges the mindset of the factory workers.

What kinds of audiences do you have?

We get support from the LGBT community, but mostly the audiences are season subscribers, an older audience. They, too, find the love and joy of the show. A lot of time we see the husband dragged there by his wife and by the end he is up dancing and clapping at the end. He has been changed. He sees we are just trying to spread love. It’s a beautiful thing to watch.

Were you comfortable with the drag elements?

I have been doing drag for years. I definitely understand the lifestyle and the struggle Lola has gone through.

As a gay man how do you relate to this?

It’s very important. My father is a pastor, and I have been the brashy, bold child. My father for years did not understand me as his son, because I was so reminiscent and inquisitive. With this show he understands me better. He sees the parallels of the show and reminds me that I am his son. The show is kind of a therapy for me. It has changed my life. I started it as a swing and understudy so to be able to play Lola is a dream gig.

So Billy Porter, who played Lola in the Broadway original cast, joined you all on the national tour in Philadelphia last year?

He did. He has been an inspiration throughout my career. I learned from him at AMDA and I am inspired to follow and look up to him. We had some one-on-one time and I soaked up everything I could!