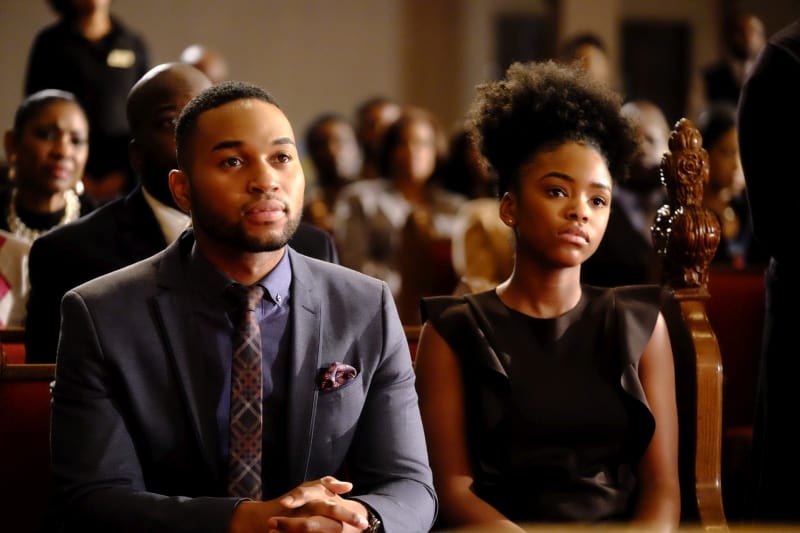 New original drama series from award-winning writer/producer Craig Wright ("Six Feet Under," "Lost") that takes viewers into the unscrupulous world of the Greenleaf family and their sprawling Memphis megachurch, where scandalous secrets and lies are as numerous as the faithful.

Expectations were high when the Oprah Winfrey Network announced last summer that they had ordered straight-to-series a new scripted drama called “Greenleaf” about a powerful African-American family and their Memphis megachurch.

Not only were Emmy winners Lynn Whitfield and Keith David top-lining the Atlanta-filmed show as the Greenleaf family’s matriarch and patriarch, respectively, but Oprah herself was serving as an executive producer and stepping in front of the camera in a supporting role as Whitfield’s character’s sister.

The show delivered, with the June 21 premiere drawing enough viewers to make it the number one series debut in OWN history. And as the August 31 season finale approaches, the show stands as the summer’s number one new cable series among women and total viewers.

The show’s juicy storylines are at the center of “Greenleaf’s” success, and it being a megachurch drama set in the South, LGBT characters just had to be a part of the action. Enter Tye White (“American Crime Story: The People vs. O.J. Simpson”) as Kevin Satterlee, the sexually conflicted husband of Charity Greenleaf-Satterlee, and Parnell Damone Marcano (the gay web series “Old Dogs & New Tricks”) as Carlton Cruise, the church’s openly gay choir director.

Tye White is having a moment. After kicking off his career in 2009 with a handful of television and short film credits, and bolstered by roles in the 2014 VH1 television film “Drumline: A New Beat” and a recurring role as L.L. Cool J’s character’s son in “NCIS: Los Angeles,” White nabbed plum supporting roles this year in two shows that have captured the nation’s attention.

First up was playing Jason Simpson, O.J. Simpson’s son in FX’s smash hit “American Crime Story: The People vs. O.J. Simpson.” And now “Greenleaf.” While White can’t reveal much about his character’s arc as the season wraps up, he does warn against viewers making assumptions about Kevin Satterlee.

“As the story evolves, I don’t think it’s going to be something that people expect,” White tells Georgia Voice. “The speculation is just that he’s in the closet, but I think that for the most part it’s going to be a different angle to the LGBT community. He’s complex, man, and he’s fun to play.”

“You remember Robert Downey, Jr.? I’m playing the guy that’s playing the dude disguised as another dude,” he says laughing. “This is why I took on the role. It’s an interesting role but the fact that you have a guy that’s dutiful to his family but he loves his wife. This whole them being best friends and them wanting to make a family together, it’s not fake. He’s not a fraud. There’s just some underlying tones and some underlying reasons why he struggles with his sexuality so it’s fun to play as a guy that’s in some shape or form acting as well.”

While White’s Kevin Satterlee is conflicted, Marcano’s Carlton Cruise is anything but.

“He is an openly gay man who is a preacher’s kid,” Marcano tells Georgia Voice. “So he’s always grown up in the church and has now gotten to a point in his life where he’s done with hiding who he is and he’s fully living in his truth and let the chips fall where they may.”

As to what drew him to the role, the openly gay Marcano answers immediately.

“It’s me!,” he says laughing. “All my friends, when I auditioned for the role and then when I booked it, that’s what everybody said. ‘Oh my God, that’s so you, that’s so who you are.’ I’m not a preacher’s kid or anything like that but I did sing in the youth choir as a teenager. And I did get to a point in my life where I was like, you know what, it’s not my job to make you comfortable with my life. I’m comfortable with it.”

As the season has progressed, Marcano’s been getting a lot of questions from friends, family and fans about whether Kevin and Carlton have something going on behind the scenes. Marcano says he hopes not because he doesn’t see Carlton doing that to his wife, but he is interested to see what direction the writers take it in in the future.

Aiding heavily in “Greenleaf’s” success is that mega-dose of star power in the one and only Oprah. While they didn’t have any scenes together, Marcano says he got to meet her and snag a picture at the show’s wrap party. And there’s always next year for sharing a scene with the mogul, as the show earned a Season 2 renewal two months ahead of the premiere.

“I haven’t had a chance to really have a heart-to-heart conversation,” Marcano says. “I’m sure she hears it all the time about how she’s influenced people’s lives. When I grow up, I want to be like Oprah.”