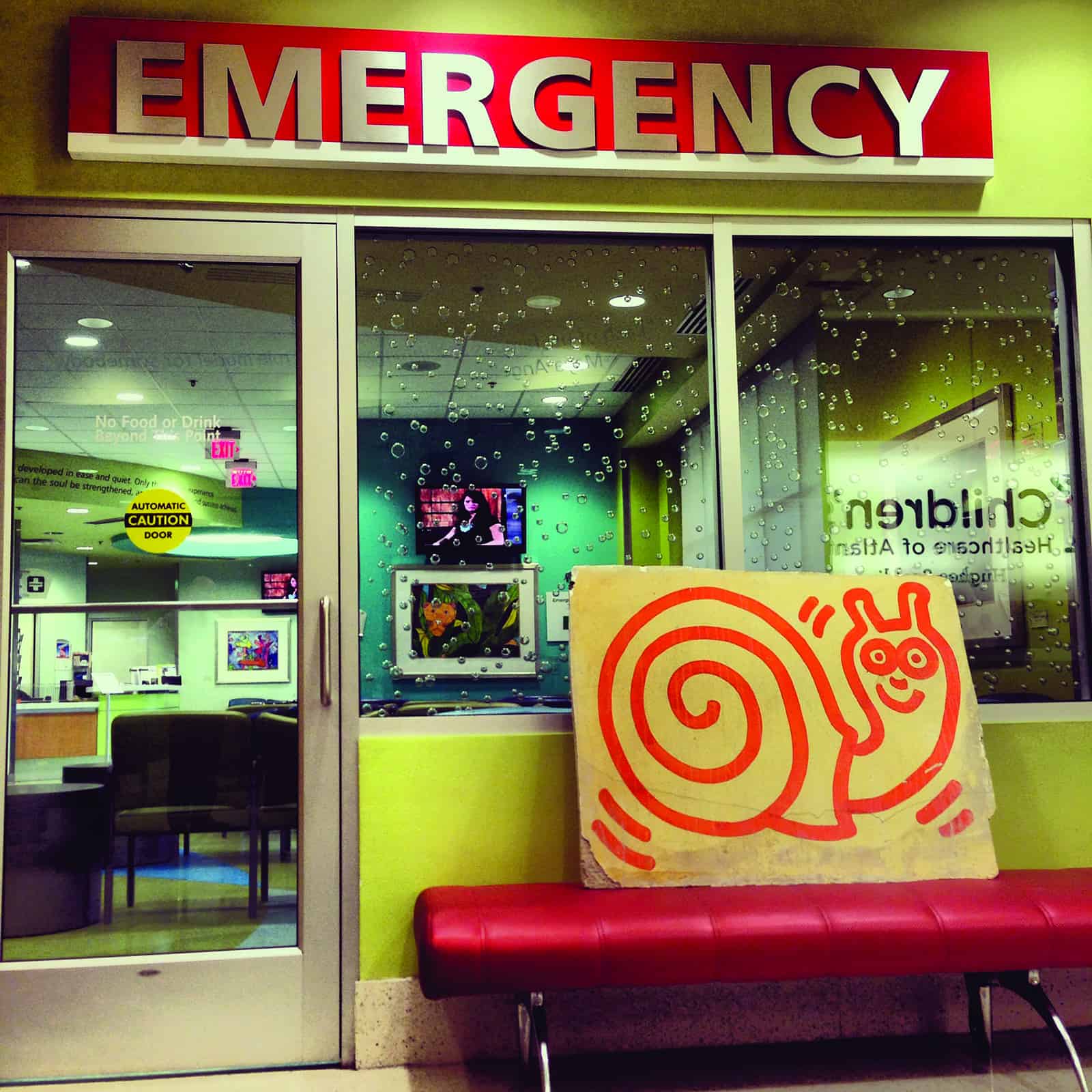 Matthew Terrell, noted widely in Atlanta for his amazing photography work for the nationally critically acclaimed “Legendary Children” exhibit featuring many of the city’s emerging drag queens, took his art in another direction when he decided to research everything he could on Keith Haring, the world famous, gay and HIV-positive artist whose work is instantly recognizable.

Terrell’s months of study and poring over papers, documents, videos, films, interviews and more paid off when he uncovered one small journal entry stating the the artist, who died in 1990, had paid a visit to Atlanta two years before his death where he painted one of his infamous murals.

However, expansion and construction meant the mural was destroyed―except for one piece, known as “Mr. Snail,” which was kept in storage for two decades. Soon, thanks to Terrell’s efforts, “Mr. Snail” will find a new home at the new underground art gallery of Hughes Spalding Children’s Healthcare of Atlanta hospital.

An Idea Capital grant recipient, Terrell wrote about his journey to find Mr. Snail for the HuffPost Gay Voice blog. The mural Haring created for Grady was a charitable gift―one of many to children’s charities―that he was able to complete while in Atlanta for a short stop to conduct a series of drawing workshops for the High Museum.

Finding Mr. Snail is momentous, Terrell says. “Mr. Snail became another phoenix for our city, and I hope he continues to represent Keith Haring’s brief time here in the deep South,” he says in his blog.

Terrell spoke to GA Voice about his journey and his desire for all of us to appreciate the work Haring created.

So, it was just one small notation about Haring working in Atlanta that sent you on this quest?

I spent several months devouring any material I could find about Keith Haring―art books, biographies, his journals, scratchy YouTube documentaries, etc. In all this reading, the South only came up once―it was a note in his journals at the end of 1988. It said “Permanent Mural, Grady Pediatric Emergency Room, Atlanta” After reading about Haring’s exploits across the world, I had to discover what he’d done in my own backyard. That one little sentence led me to come face-to-face with a piece of work produced by one of my artistic heroes.

What is it about Haring that speaks to you the most?

Keith Haring prioritized speaking to the masses through his work. He created a visual language of childlike cartoons that spoke to people around the world. Haring placed his works in public places, in mass mediums like MTV, and on Pop Shop mass-market items. I respect his drive to bring his artwork into the mainstream―I think a great artist should want his work to be experienced by as many people as possible. As a writer and photographer, I hope to bring my work to the masses as well as Haring did.

What were the emotions you felt when finding Mr. Snail? The reactions from the people who had been keeping Mr. Snail when you found them?

Despite being incredibly dirty, I couldn’t believe how bright Mr. Snail was after all these years. He looked as happy and cheerful as all of the Haring paintings I’d pored over all summer, and I couldn’t believe I was holding him in my arms. When I saw Mr. Snail, I thought back to all the hours of reading and thousands of pages of text I’d consumed with no greater purpose than simple interest. I realized all that work brought me to this fragment, and I was so happy to help Mr. Snail find his way home.

Why is it important to preserve this piece of art?

Mr. Snail symbolizes Keith Haring’s brief time here in the deep South. Haring did most of his work up north and abroad, and the Grady mural was the only Haring piece in our area. After his death, many people lost interest in his work, and his remaining murals were often left to decay. Even if we don’t have the original mural, preserving Mr. Snail honors Haring’s work in Atlanta. Placing Mr. Snail in the hallway where patients travel through to receive treatment satisfied Haring’s intention of brightening the lives of sick children.