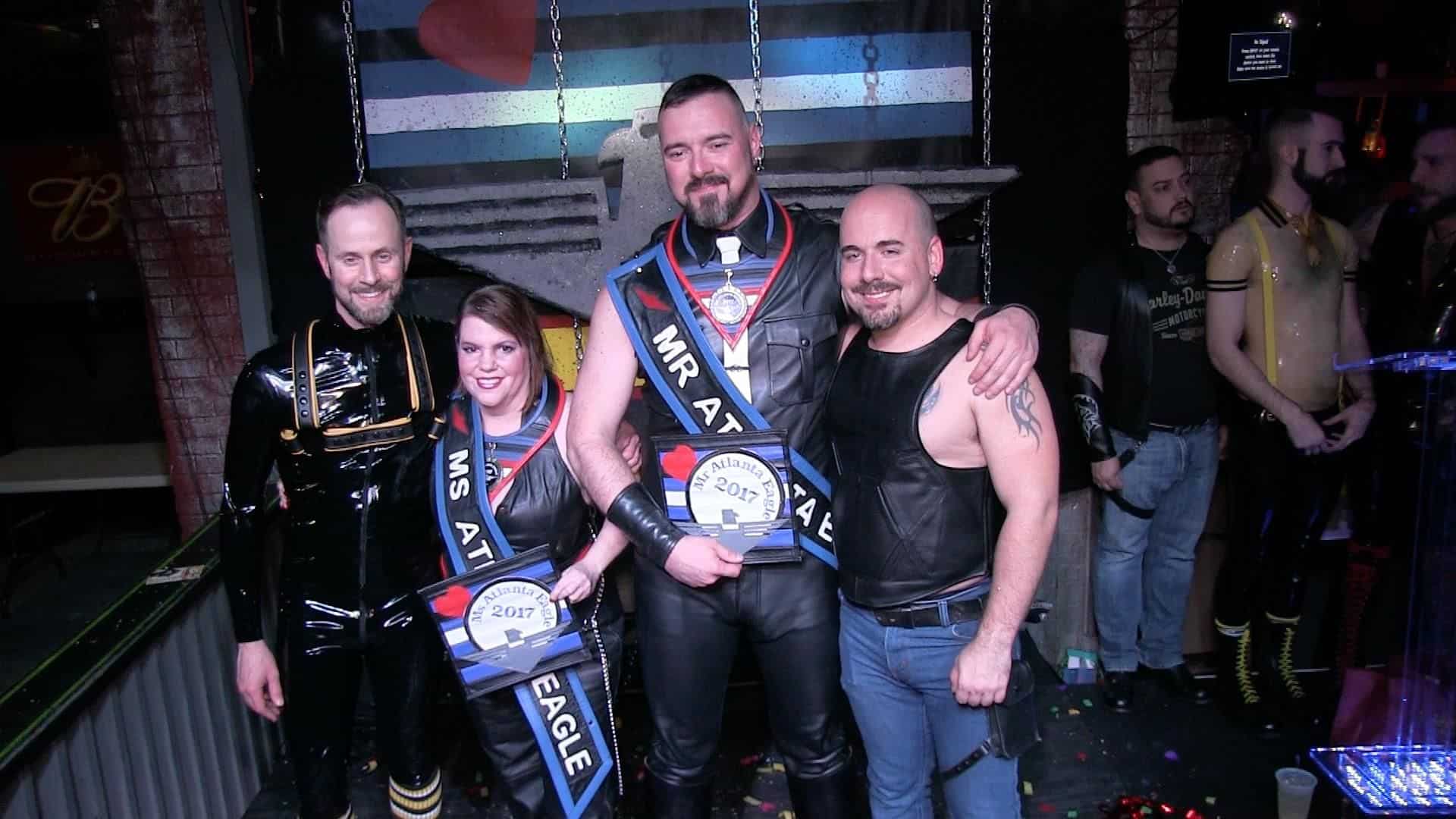 “The way I look at it, if there are little blips of it in the mainstream, it makes it a little less [about] turning your head and gawking if I’m walking down the street,” said “Nitro” Hankinson, executive producer of Atlanta Leather Pride, in an interview with Georgia Voice. “While there are plenty of people who may put on some leather or some gear because it’s pretty, I do it for a very different reason. I have a very strong connection with different pieces that I put on, that actually mean something special to me.”

And that very sentiment for leather worship and fraternity will be shared with the thousands of men and women who will converge on Atlanta for three days and nights, from April 13-15, for a leather fetish fest encompassing beer busts, bootblacking, kink demos, titleholder contests and a Saturday late-night dance party.

While describing the essence of the weekend, Nitro along with event co-producer G-Man shared by phone how the weekend often resembles a family reunion. “That’s a great way to describe it,” said G-Man, a former Mr. International Rubber and member of Hotlanta Rubber & Gear. “We have people coming in from all across the country. They’ll drive up from Florida and fly in from San Francisco, whatever it takes to put this thing together.” Nitro agrees: “People always comment that the folk here are very welcoming and very eager to sit around and chat and get to know you. They’ll give you advice on where to go, what to see, what to eat  — God knows we know how to eat in the South.”

Now in its ninth consecutive year, Atlanta Leather Pride will once again share its space with The Atlanta Eagle, Atlanta’s leather/levi haven and one of the oldest leather venues in the Southeast. Realizing the value of this cultural institution and bedrock for the city’s LGBTQ community gives the event producers a distinct sense of purpose. “Atlanta Eagle is a very come-as-you-are bar,” said Nitro. “One thing that we pride ourselves on is the fact that everyone’s welcome there. You come in as you are and you come to have fun. Not every venue is that way.”

The weekend celebration also coincides with the 31st anniversary of the Midtown bar, arguably one of the oldest in the Southeast. One of its main highlights, happening on Saturday, April 14, will be the crowning of a new Mr. and Ms. Atlanta Eagle, a leather contest for the Eagle with origins dating before Atlanta Leather Weekend. A contest for the title of Mr. Southeastern Rubber —a regional title honoring latex and rubber wear — will also be held that evening.

‘A coming together of friends’

The producers of Atlanta Leather Weekend are careful to admit that Atlanta’s version isn’t exactly gargantuan in size. “This is certainly not one of the larger ones,” said G-Man. “We do these things on a shoestring budget. It really is a coming together of friends, of meeting new people and a celebration of us.”

Jonathan Fenrir, the current reigning Mr. Atlanta Eagle, is very much aware of the family component. “There’s a growing number of Pride celebrations around town, [but] Atlanta Leather Pride is a chance for people of all walks of life to come out and be a part of something that sees past gender or sexuality,” he said. “It’s a perfect time for those that might have questions or want to hang out on the edges to see leather and the leather lifestyle celebrated so openly and free of judgement.”

While serving the community during his reign, Fenrir, a huge advocate for Atlanta’s Lost-n-Found Youth, also learned how formidable the Atlanta Eagle really is. “In trying to be more visible, I engaged with more of our clubs and groups at the Atlanta Eagle,” he said. “It opened my own eyes to more learning, more experiences and friendships.”

Since its inception, Atlanta Leather Pride has generously donated over $20,000 to a number of regional and local charities. It’s what keeps them grounded and focused as a community builder. Dale Maddox, the current reigning Ms. Atlanta Eagle and a 10-year member of the Atlanta leather scene, knows about its outreach firsthand.

“I had a stroke one week after I won the contest last year,” said Maddox. “The community and those who are truly family helped me tirelessly in the hospital for three weeks. Now I walk with a cane. [It’s] life-altering, but my club brothers and sisters in the leather community took care of me, literally. For many of us, we’ve developed bonds that are truly family.”

This year’s beneficiary will be the Leather Heart Foundation, a volunteer-based charity that helps members of the leather community in need of financial assistance due to hardships. “Whether it is a loss of a job or a sudden unexpected medical expense, or God forbid a loss of a partner without insurance, anything like that, if you’ve fallen on unexpected hard times that are beyond your control, [they] can actually help you back on your feet,” Nitro said.

Today, the masses are still getting a taste of leather subculture. Recently, gay Olympian Adam Rippon went viral for wearing a black harness underneath a buttoned tux at the Oscars. Nitro and G-Man are okay with all of the sudden attention BDSM and the leather community is getting, but want to still be taken seriously. “I hold down a pretty responsible job, as Nitro and others in the community do,” said G-Man. “We have degrees, own homes and are responsible adults. Just so happens, we like our sex a little on the kinky side. And when we put stuff on, we get aroused; it’s a fetish. If it opens a conversation with people, then I say I’m all for it. But I’m not interested in becoming a freak show, because this is me.”

Nitro piles on the shady humor, but answers the same question with fervency. “Since you brought up everyone in the leather community’s favorite piece of fiction … I always tell people that you still need to know what you’re doing before you jump into the deep end,” he shared. “And it’s very advantageous to seek out people who you can learn from, to make sure you’re doing things safely, not only for yourself but for whomever you’re with. There are several groups in Atlanta that do BDSM education, and so if you are curious about it, please reach out to us and we’ll point you in the right direction.”

(All events are held at Atlanta Eagle, unless noted otherwise)