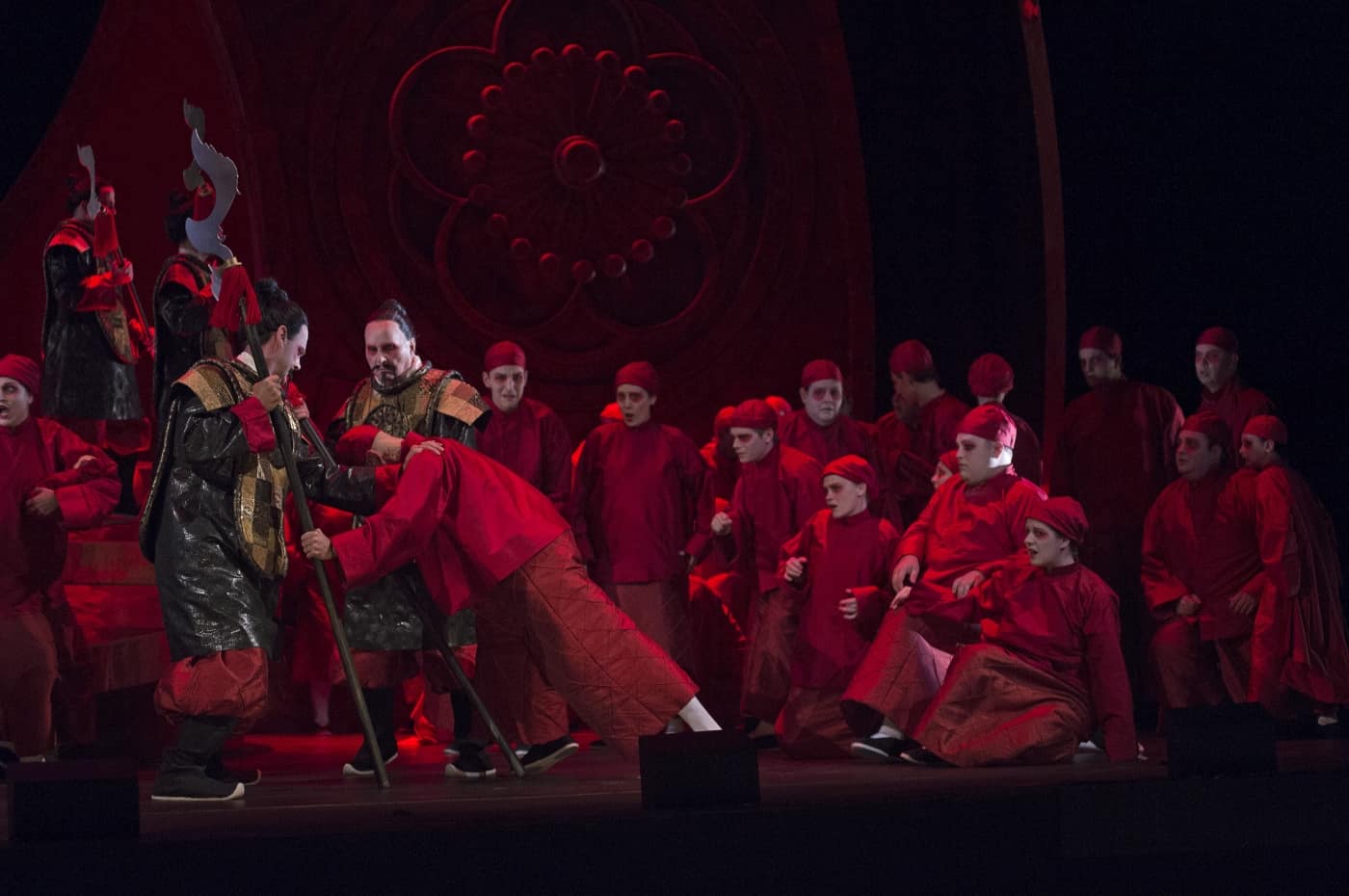 Atlanta Opera closes out its season this weekend with the beloved “Turandot.” It was the last opera that Giacomo Puccini worked on before he passed away in 1924, eventually finished a few years later by Franco Alfano.

“Turandot” is a large-scale production, with a cast and crew of more than 200 people. Set in China, it involves Prince Calaf, who falls in love with the icy Princess Turandot. In order to win her hand in marriage, he must solve three riddles. If he doesn’t solve them, he will die.

Marcy Stonikas plays the lead character. Although she has played the role twice, this is her first time performing with the Atlanta Opera. Turandot believes she is the next person that will take the throne in her family. Her father is getting old and she has suitors always knocking at the door. But she doesn’t necessarily want to get married.

“The character can be depicted as the ice princess, the black widow, but I think it is more than that,” Stonikas said. “She has never had a close relationship with anyone in general. It’s hard for her to know who to trust. She can be played two-dimensionally, but she is a real person. I think what I have figured out over time is about the nuance of playing her.”

Gianluca Terranova, who was involved with the company’s version of “La Boheme,” stars as Calaf, who he sees as a prince who has lost everything and wants to have his power back. The actor is a huge fan of Tomer Zvulun, the company’s general and artistic director since 2013.

“He supports me a lot,” Terranova said. “Working with the company and staff has been a fantastic experience and opportunity. They are very professional and the acoustics at the venue are wonderful.”

He believes that “Turandot” holds up because of its universality and “a lot of beautiful music inside.”

Playing the role of The Mandarin is Alan Higgs, who moved to Atlanta with his husband from Tallahassee three years ago. He is part of The Atlanta Opera’s Studio Artists program – younger performers who are still building their skills. In 2010 he was part of the chorus in a version of the show.

“’Turandot’ is very close to my heart and I have always wanted to do it again,” he said. ”It’s nice to do it here – this has become my home company.”

In other theater happenings, back this year at 7 Stages is the company’s “Curious Queer Encounters.” The event – now in its fourth year – is curated by Michael Haverty and is an interactive piece in which art is hidden around and outside the 7 Stages facility, with all sorts of moods and atmospheres. Haverty said it’s different every year depending on the visions of the involved parties.