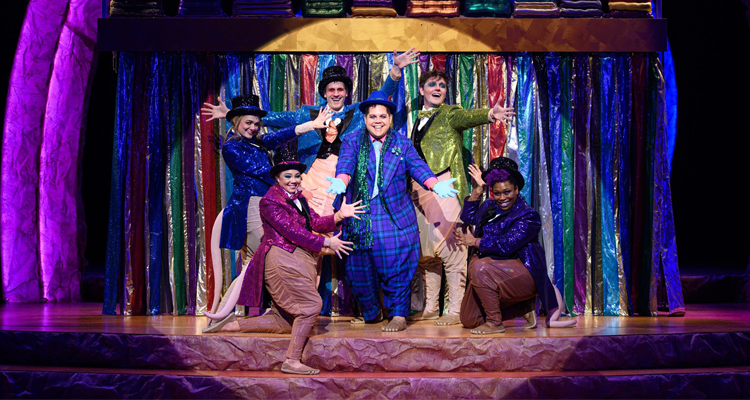 It was gearing up to be a grand season of theater in the ATL until – it wasn’t. Concern over the COVID-19 virus has forced all metro Atlanta theater companies to close temporarily and put a hold on their shows, many of which were mid-run. Most theaters shut down on their own, but a mandate by Atlanta’s Mayor Keisha Lance Bottoms last week made it official that theaters and performing venues had to close.

Some of those productions include Out Front Theatre Company’s gay-themed “warplay,” Actor’s Express’ “The Brother Size” – written by Oscar winner Tarell Alvin McCraney – and Theatrical Outfit’s “Indecent.” All three companies had already opened their respective shows.

Affected, too, was Aurora Theatre’s “On Your Feet!,” a musical detailing the story of Gloria and Emilio Estefan, and 7 Stages’ upcoming queer-themed “Collective Rage: A Play In 5 Betties.” Serenbe Playhouse, too, decided not to stage its version of the gay-themed “Spring Awakening.”

Almost every Atlanta company was affected. Broadway in Atlanta had to pull its musical “Miss Saigon” while Onstage Atlanta had to cancel its version of “Disaster! The Musical” and postpone its “5 Lesbians Eating a Quiche.” The Alliance Theatre announced that it was scrapping all performances for the spring. The shows that were affected are “Naked Mole Rat Gets Dressed: The Rock Experience,” “In My Granny’s Garden,” “53% Of’ and “Sweat” as well as the Festival of New Works.

The virus has forced other performing companies to shutter plans as well. Atlanta Opera had to cancel the closing weekend performances of its acclaimed “Porgy and Bess.”

What happens to the rest of the season remains to be seen. Some shows are sadly gone and not likely to come back while others could return for a later date. Ann-Carol Pence, Aurora’s associate producer and co-founder, is hopeful “On Your Feet!” will come back. “We left our set up for it hoping to return just where we left off,” she says. “We’d love to see it back up and running in May.”

So far, Broadway in Atlanta has not canceled its upcoming run of the smash “Hamilton,” scheduled to open March 31. Its Atlanta run – through May 2 – is one of the company’s longest.

Shows scheduled for late April, early May, and beyond are – for the time being – still planned. Atlanta Opera, for instance, is still hopeful of staging “Madama Butterfly” in May while Serenbe is gearing up for the comedy drama “Steel Magnolias’ and the musical “Kinky Boots.”

Out Front is hopeful that it can still stage its version of the classic “The Boys in the Band,” set for a late April opening. If those dates do not work, the company has some flexibility about mounting the production another time.

In the interim, some companies have taken to streaming their product. Out Front has filmed “warplay” and is offering it on its website through March 29, says Paul Conroy, the company’s artistic director.

Conroy saw the news about what was going on and reached out to the playwright for permission. He was lucky, he says, that none of the actors in “warplay” were Equity. “We got permissions and were able to film and stream it,” he says. “We are also looking at the possibility of putting some past shows online as well.”

The Alliance’s “Naked Mole Rat” is also available for streaming through March 29 and its version of “In My Granny’s Garden” will be available soon.

“In My Granny’s Garden”