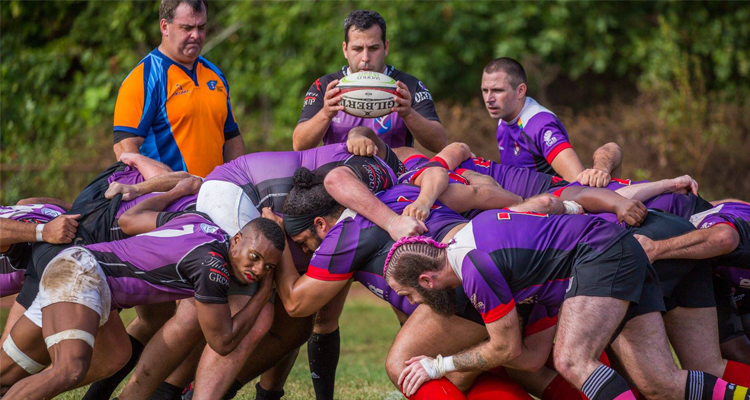 No matter what your sport, from soccer or football to bowling or board games, there’s an LGBTQ-friendly league for you. Play on!

The American Poolplayers Association – known as APA Pool Leagues – is the world’s largest amateur pool league with more than 275,000 members competing in 8-Ball and 9-Ball Leagues, as well as numerous other specialized formats such as no-handicap Masters, 8 and 9 ball Doubles, Ladies 8 ball, Juniors, and our extremely popular National Singles Program! You can register as an individual or as a team.

This gay bowling tournament is held every April over Easter weekend. Dogwood is conducted in accordance with United States Bowling Congress rules and is open to all eligible bowlers, regardless of sexual orientation, and features a handicap scoring process.

The NFFLA is the Atlanta chapter of the National Gay Flag Football League, which promotes competition and camaraderie among LGBTQ athletes and allies.

Gay Gamers of Atlanta and Friends

This group meets monthly on the third Saturday of the month to play cards, board games, trivia, etc. and share a potluck lunch.

WON is an LGBT-friendly, membership-based organization that has been serving the Metro Atlanta women’s community for over 30 years by providing a fun and safe environment for indoor, outdoor and volunteer opportunities.

The Atlanta Bucks is Georgia’s only inclusive gay rugby team.

Front Runners Atlanta is a running, walking, and social club for the LGBTQ+ community and its allies. Their annual Pride Run 5k will be held this year on June 5.

If you’re a fan of Atlanta United, this LGBTQ supporter group is perfect for you.

This LGBTQ soccer league competes locally in the Atlanta Sports and Social Club league and LGBTQ soccer tournaments in other cities.

The Hotlanta Softball League was founded in 1981 by the LGBTQ community of Atlanta that were looking for a place that would let them play recreational softball in a safe inclusive environment.

The Southern Softpaw League is an all-inclusive, fun, friendly, competitive and charity-minded softball league. League donations are made to local animal charities, and games are played at Nickajack Park (5500 Nickajack Park Rd SE) in Mableton.

The Atlanta Rainbow Trout offers swimming, triathlon, and water polo. Not sure if you’re interested? You can do a trial and attend two free practices.

The mission of ATTA is to promote and develop the growth of tennis in the LGBTQ community of Atlanta. They offer open play on Saturdays from 1 pm to 5 pm at Glenlake Tennis Center in Decatur.

HVA is a non-profit organization whose mission is to promote goodwill, understanding, and fellowship within Atlanta’s LGBTQ community through the sport of volleyball. Open play is on Fridays at 7 pm, and advanced open play is on Tuesdays at 8 pm.