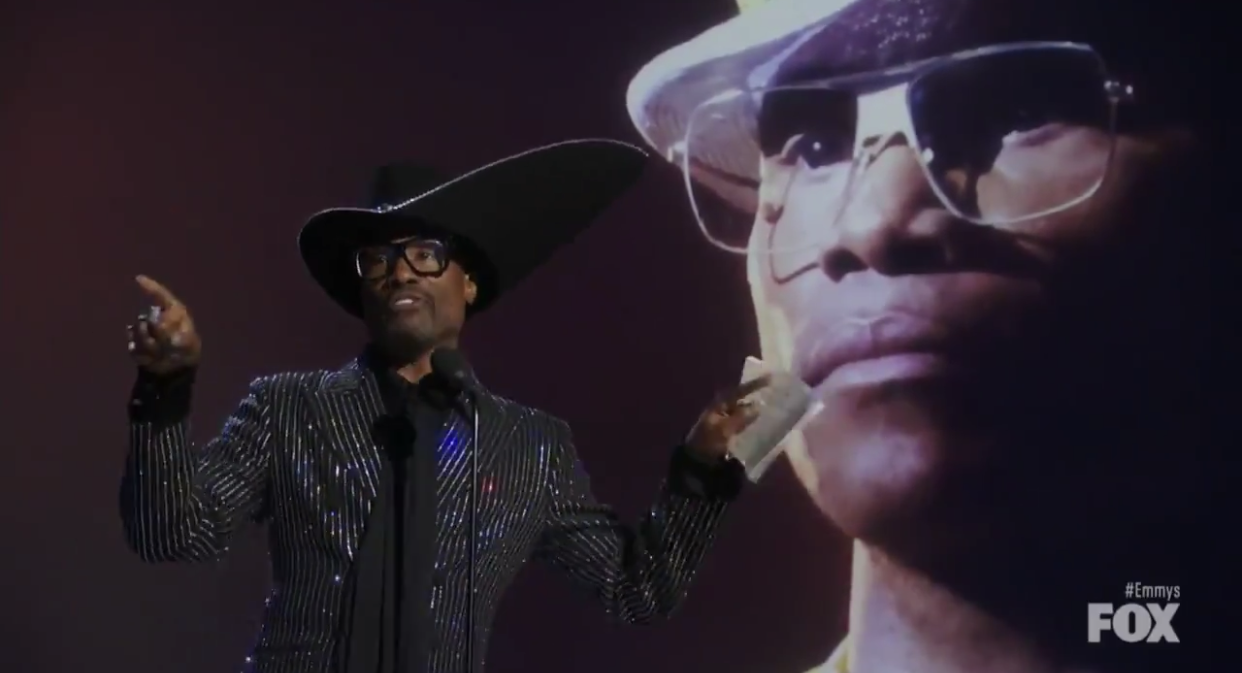 After a historic nomination, Porter took home the Emmy for Lead Actor in a Drama Series for his role of Pray Tell in Pose. The actor quoted James Baldwin in his speech, which emphasized the visibility of his win.

“James Baldwin said: ‘It took many years of vomiting up all the filth that I had been taught about myself and halfway believe, before I could walk around this earth like I had the right to be here,’” Porter said. “I have the right, you have the right, we all have the right… I know that being black and gay and out and being in this position and speaking in the position that I get to speak from is the change.”

“I hope that young, queer people of all colors can look at me and know they can,” he added in an interview backstage.

Billy Porter has an emotional moment backstage after his #Emmys win, "I hope that young, queer people of all colors can look at me and know that they can." https://t.co/G6ooSCPL2j pic.twitter.com/0u3HW65fd3

Porter’s win wasn’t the only moment of LGBTQ visibility at the Emmys. Patricia Arquette spoke out against anti-transgender violence and discrimination when she accepted the Emmy for Supporting Actress in a Limited Series or Movie for her role in The Act, mentioning her transgender sister Alexis who passed away in 2016.

Transgender actress Laverne Cox reacted to Arquette’s speech by standing and holding her up her clutch which was adorned with the words: “October 8th, Title VII Supreme Court.” This date refers to the scheduled Supreme Court hearing which will determine whether Title VII of the Civil Rights Act of 1964 will cover anti-LGBTQ discrimination in the workplace.