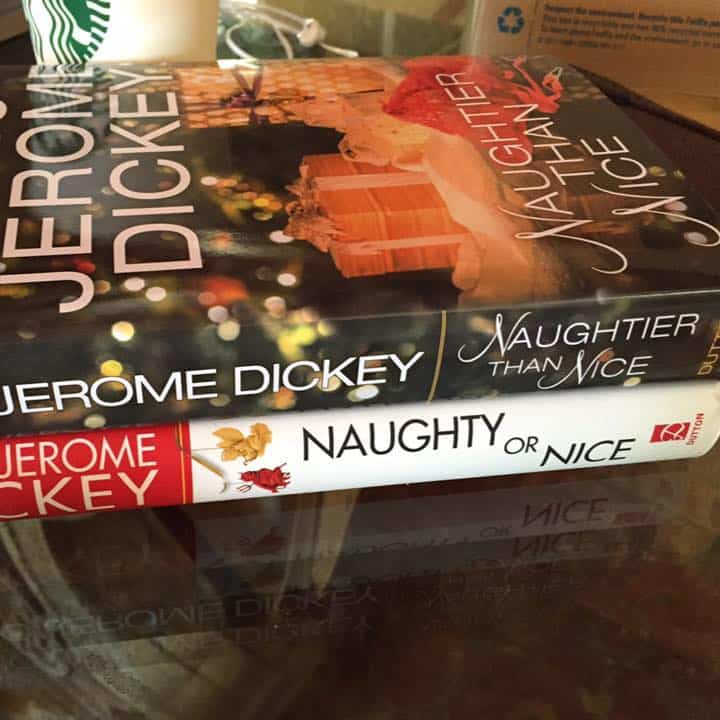 You have to tell somebody.

There’s a secret inside you, one you’ve been keeping far too long and you’re about to burst. You need to talk about it. You need some advice, some perspective. As in the new novel “Naughtier than Nice” by Eric Jerome Dickey, if you don’t talk about this issue soon, it could be the death of you.

Last Christmas Eve had been a memorable one for Frankie McBroom, for the wrong reasons: that was the day she spent thinking about how to cancel her wedding to Franklin Carruthers. He’d been her soul mate, her one-and-only… until she discovered that he was a married man.

As the eldest McBroom sister, Frankie felt as though she needed to set an example and she fought hard to forget Franklin. She wished her relationship with him had been like what youngest sister Tommie had with her Blue. Or like what middle sister Livvy had with Tony. But no, Frankie had something else altogether.

Tommie McBroom felt bad that she was cheating on her fiancé.

Down deep, she loved Blue but he’d betrayed her: he knew how much she wanted a family and yet he’d had surgery to prevent it, which proved that he didn’t care about her. Beale Streets, on the other hand, listened to her. Yes, Beale was a few years younger than Tommie, but that didn’t matter when they were making love.

The delicate chain surrounding Livvy McBroom-Barrera’s ankle spoke to Livvy of different times, of days when she and Tony were estranged and she first slept with a woman. The charm on the chain reminded her of things she learned, and lovers who disappeared from her life so suddenly. She thought of them often – especially when she and Tony brought another woman to their bed.

It was hard to believe that a year had gone by since Frankie caught Franklin in a lie. So much had happened since last Christmas, so much that wasn’t discussed. Tommie’s life was taking a turn. Livvy’s life seemed to be going backwards.

And Frankie? She was dealing with a blown-up phone, an acid-ruined car, bricks through her windows, belongings rearranged in her home.

Frankie was dealing with a stalker…

So you like a little spice with your Christmas nog? Or maybe some extra pepper in your peppermints? Then “Naughtier than Nice” will make you very jolly.

In this somewhat-sequel, author Eric Jerome Dickey made a list of everything you want in a holiday drama – cheating, scandalous pasts, sex, murder, and light humor – and it’s obviously checked twice to add even more of the above. Although this book can be read as a standalone, readers then get to revisit some of Dickey’s best characters from other novels. His usual themes are mashed-up, and there’s a very nice gotcha or three scattered throughout this book.

That, and the fast-moving action, made me ho-ho-ho for this not-so-holiday holiday book and Dickey fans old and new will love it. Just beware: start “Naughtier than Nice” and you’ll just have to tell somebody.