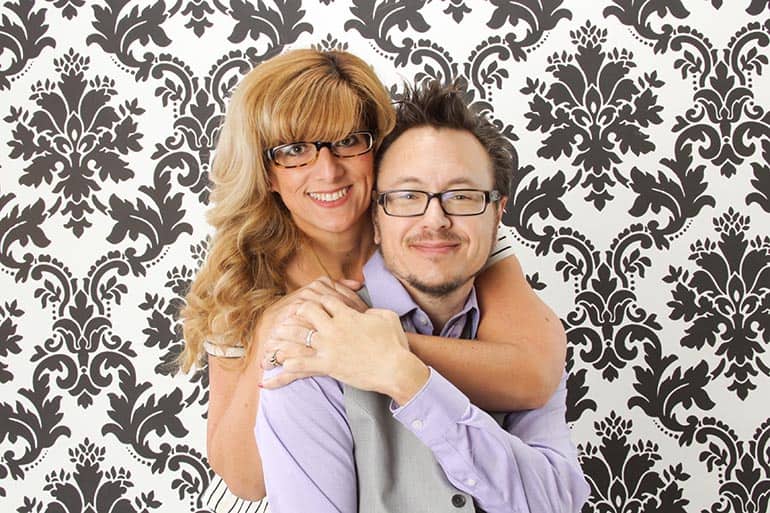 Why do you stay with the one you love?

You can count the ways: he makes you laugh. She’s tender, kind, and generous. You love being in his arms. He’s a good dancer. She’s hot.

There a million reasons to love, each as individual as the lovers. But what if your partner changed? What if it was a big change—like the one in “Queerly Beloved” by Diane and Jacob Anderson-Minshall?

At first, says Diane Anderson-Minshall, it was “just supposed to be about sex.”

Suzy Minshall was a “hook-up,” a knock- out with long legs and blonde hair—just the type of woman Diane fell for. It didn’t take long for them to move in together, or to become the “perfect lesbian couple.”

But Diane always knew that Suzy felt unsettled. She “tried on many things in the search for identity” but—aside for a job she fiercely loved and sadly lost—there was something else, something different simmering in Suzy. Diane sensed it months before Suzy did but though she was terrified of the imagined implications, she let Suzy come to a realization and reason herself.

Suzy wasn’t a lesbian, she was a man— but it was complicated.

As a woman, Suzy was a feminist and was deeply committed to the LGBT community; the lesbian community, specifically. Diane was founder of and editor for several lesbian publications. It bothered Suzy, who became Jacob, a lot during the transition, to think that he might no longer be a part of that which he’d embraced for much of his life.

Still, with the help of the woman he’d married four (or five, depending on who’s telling the story) times, Jacob continued with his transition.

He began with hormones, a meaningful name change, and top surgery. Diane, though she mourned what was lost, helped with a keen fashion sense and advice not to be “that kind of man.” Jacob spent time re-examining his life, noting that his gender dysphoria had been inherent for a long time, the clues scattered like “breadcrumbs.”

He’d never wanted to be a girl.

Let’s put this right on the table: “Queerly Beloved” isn’t bad. It isn’t great, either.  My biggest irritation here was that authors Diane and Jacob Anderson-Minshall repeat themselves a lot. If, in fact, the repetition had been cut from this already-short book, it would’ve nearly been a pamphlet. There’s also plenty of time spent on the authors’ personal reasoning with a doth protest-too-much slant, and very intimate oversharing that comes after adamant vows of not sharing.

And yet, though the irritations made me wince, there’s a decent overall story here. Look harder, and you’ll find a deeply personal look at transitioning from the aspect of both the transitioner and the person who’s loved him for most of their lives.

If you’re a sucker for romance that right there could be enough reason to plunge into this book. Just be aware that “Queerly Beloved” might be one that’s tough to stay with.