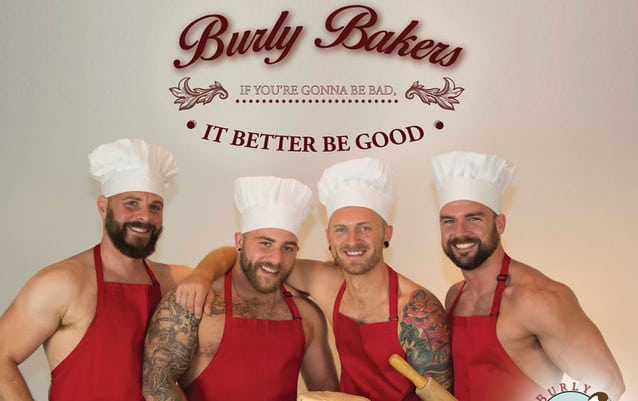 Atlanta gay entrepreneur Bill Armstrong is hungry for you to take a bite out of his desserts.

The brawny baker with a sweet disposition is on a mission to bring his tasty pies, brownies, cookies and more to the masses by moving out of a space in another restaurant’s kitchen and opening his own storefront to sell the goodness that is cooked up by his business, the Burly Bakers. The spot he has his eye on for the new store is in Grant Park at the corner of Ormewood Avenue and Confederate Avenue.

Armstrong recently started a Kickstarter campaign to help raise funds to make his yummy dream come true and is hoping to raise $25,000 by Aug. 6. Besides gifts of desserts as rewards for helping Armstrong make his dream come true, people who give at certain levels will also receive a 2015 wall calendar featuring local studly, muscular baking men working in the kitchen whipping up some of their devilish goodness. 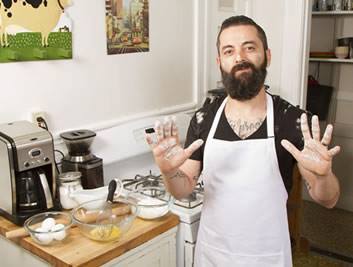 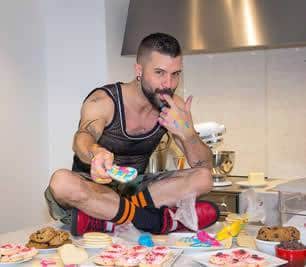 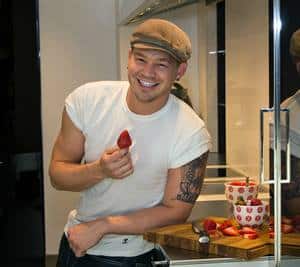 Armstrong is a self-taught cook who said his love for dessert led him on the luscious quest to make desserts that make his friends and customers say “OMG” when they take a bite of his treats.

As a self-employed IT consultant, Armstrong is ready to put away the mouse and replace it with a mixer full time. His heart belongs in the kitchen, breaking eggs and pounding dough.

“I started baking in my mid 30s. I’ve always loved dessert and I got curious about how things were made,” he says.

“Growing up, mom was always baking homemade pies, cakes, cookies, breads. I wish I had spent more time in the kitchen with her then. My friend Mary was also an amazing baker who taught me to be adventurous in the kitchen. I’ve learned a lot through Google and the Food Network, and plenty of trial and error,” he says.

Currently his staff is just him but good friends help him during the busy holiday seasons, such as Christmas and Valentine’s Day.

“Our bestsellers include blackberry almond shortbread bars, brown butter cashew blondies, pecan fudge brownies and peanut butter chocolate chunk cookies,” he says. “Most of what we’ve been offering so far are things that ship well. Once we get a permanent location we’ll be offering specialty cakes and cupcakes, traditional pastry, breads, muffins and more.”

Coming up with a menu of items is simple, Armstrong says.

“I want everything I make to provoke the reaction, ‘Oh my God,’ when bitten into. Before anything new gets added to the menu I’ll take it to an event or a dinner party to gauge the response,” he explains.

“It is everything a dessert should be—buttery, crunchy, warm, with just a little tartness from the apples,” he says.

And how did he come up with the name Burly Bakers? Also an easy answer.