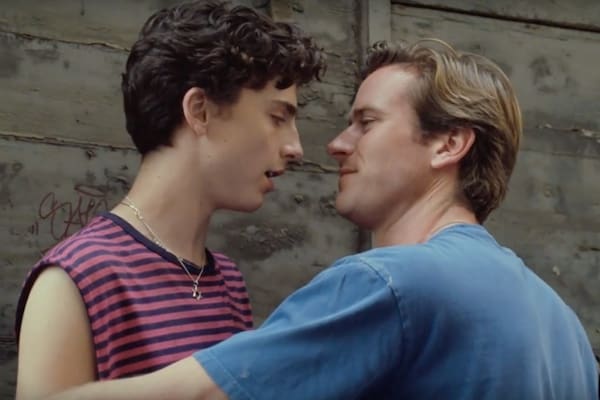 ‘Call Me By Your Name’ Director Confirms Sequel with Original Cast

After Call Me By Your Name author Andre Aciman published a sequel, entitled Find Me, rumors swirled of a sequel to the movie adaptation. Now, those rumors have been confirmed by the film’s director.

Despite star Armie Hammer (who played Oliver in the original film) saying he didn’t want a sequel, director Luca Guadagnino confirmed a sequel is coming—with the original cast.

“Before coronavirus, I had a trip to the United States to meet a writer I love very much, whose name I don’t want to say, to talk about the second part,” Guadagnino told Italian media La Republica. “Unfortunately, we had to cancel it. Of course, it is a great pleasure to work with Timothee Chalamet, Armie Hammer, Michael Stuhlbarg, Esther Garrel, and the other actors. Everyone will be in the new movie.”

The novel’s second installment, which hit shelves last October, takes place in the future, as Elio’s father Samuel goes to Rome to visit his son. Elio moves to Paris, where he has an affair, and Oliver, who is now a professor in New England with sons who are nearly full-grown, contemplates a trip to Europe himself.

It has not yet been confirmed if the movie’s sequel will follow the same trajectory as the book’s sequel.