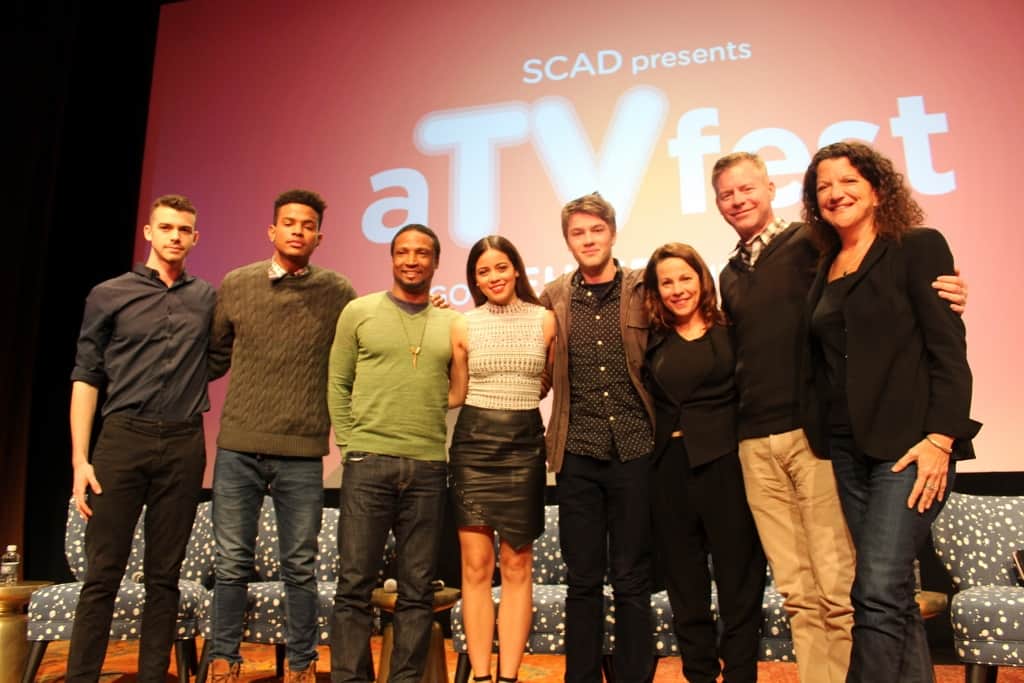 The cast and producers of ABC’s critical darling drama “American Crime” were in Atlanta Friday for a screening and panel discussion at SCAD’s third annual aTVfest.

The show centers on a high school boy (played by Connor Jessup) who makes rape allegations against two popular basketball players at a posh private school after lurid photos of him are passed around on social media. A number of hot-button issues are explored on the show, including homophobia, racism and socioeconomic disparity. It stars Felicity Huffman, Timothy Hutton, Regina King, Lily Taylor and more.

Jessup was asked about playing a gay character, to which he replied, “What’s interesting about Taylor to me is there’s a fluidity to his sexuality that isn’t very represented in television, and it certainly wasn’t something that I put a lot of thought into because what gets presented in popular culture is you have the gay best friend who’s very much gay and then you have the straight characters who are very much straight, and there’s very little spectrum between the two. I think Taylor, wherever he falls I don’t know, I think for the run of the series he very much exists on that spectrum.”

Check out our photo gallery from the event below!