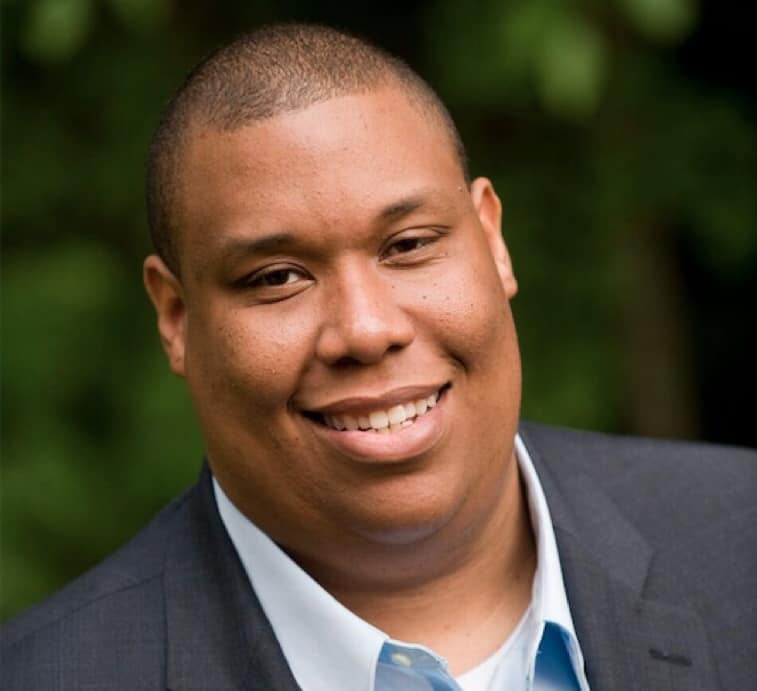 Rashad Taylor cleared his throat before stepping up to the microphones, wiped the sweat from his brow as numerous cameras snapped, then looked up with a broad smile on his face, saying, “Alright.”

It was May 27, 2011 and he was at Georgia Equality’s offices at the Phillip Rush Center, flanked by his mother, other family members, fellow state legislators and LGBT activists to let the world know one thing.

With those words, Taylor became the only openly gay male to ever serve in the Georgia General Assembly. The decision to come out wasn’t entirely up to him though, as the ex-boyfriend of Taylor’s then-partner sent emails to state legislators outing him two days earlier.

Redistricting would pit him against LGBT ally and incumbent state Rep. Pat Gardner in a Democratic primary in House District 57 the following year. He lost and would go back to being a political consultant. At least a dozen openly gay men have tried to win election to the Georgia legislature since then and all have failed—three more will try again this year.

Taylor, now 34 and splitting time between Atlanta and Washington, D.C., looks back on that tumultuous 48 hours before coming out and talks about his political future.

How did you first hear about the emails going around about you being gay?

I got it forwarded from a colleague in the legislature. We get weird emails from various people all the time as legislators, so it was nothing to get an outrageous email about something. My colleague said, ‘What is this?,’ so that was the first that I had heard about it or found out about it.

Not at all [laughs]. Especially because I was in the middle of trying to run a mayoral campaign in Baltimore. It was certainly not expected. I got the email and then I just closed my laptop and I got up and walked out of my office.

That same day, I called a good friend of mine Tharon Johnson [who served on Mayor Kasim Reed’s 2009 mayoral campaign with Taylor], and I told him what was going on and I came out. That was the first step in all of these calls, right? Coming out and telling them what was going on to get their assessment of the situation and recommendations on how to move forward.

Then I left the campaign office in Baltimore and I headed to Washington, D.C. where my mom lived just to have a conversation with her face-to-face. On the way I made a bunch of calls back to folks in Atlanta, five or six people who sort of made up my core inner circle. And we got on a conference call that evening after I talked to my mom and after I had a conversation with my pastor. I made the decision that the next morning I would come out.

The next morning at 6 a.m., me and my mom were on a flight to Atlanta for a press conference at 10 a.m. I didn’t sleep the entire night. I wrote my speech the next morning on the plane and when I landed I went to my house, changed my clothes, headed over to Georgia Equality and changed my life forever.

It was really based on a conversation I had with my pastor who said that the only way to kill rumor is with truth. You know, nobody talks about something everybody knows. And he said it would be the best sleep that I’ve have had in the past 15 years, and that my life will be different but it will be better. And it was true, it was the best thing that I’ve ever done.

What was it that was keeping you from coming out on your own before then?

You know, I tell people that it really is an individual journey where you’ve got to become comfortable enough with yourself to the point where you can reveal it to the world. For some people it happens faster than others. I’d always expected to come out, I didn’t expect it to be that day or that time or that way but I’d always expected to do it in my own time. I told people it was sort of courage thrust upon me. I’m not sure it was necessarily a courageous decision, but it was an opportunity for me to just live.

I used to work for [former U.S. Senator] Max Cleland, and not to equate coming out with his service in the military, but he would have a celebration every year on the day that he survived losing three limbs in the war, and he would call it his “Alive Day.”

Somebody gave me an award for courage and I gave a speech where I said I really think of [the day he came out] as my Alive Day. I really came to life and became comfortable with myself enough to reveal it to the world. It’s not how or when I wanted it to happen but I’m glad that it happened. I actually thanked the person that outed me months after that.

Really? How so, did you give him a call?

Yeah, we just happened to cross paths and I just told him that looking back on it, it was the best thing that could have happened to me.

So then the 2012 election happens. How long did it take you to get over that loss?

One day at a time?

One day at a time, that’s right. [laughs]

There’s been over a dozen gay men to run for the Georgia legislature and none of them have been successful. Why do you think that is?

I don’t think it’s been because they have been openly gay. Getting elected to office is about running effective campaigns and identifying races that are winnable and winning them. And I think that some of the folks who’ve run have just run in situations where the politics just didn’t line up for their victory.

Beating incumbents is tough. I hope that we’ll have one elected this cycle but we’ll see. I don’t think it’s because they’re openly gay. I certainly don’t think I lost because I came out. I think there were other factors related to that and me being gay was not one of them.

What about your political future? Are you interested in making another run, either on this level or another one?

I loved my time in the legislature and my time serving in office. I did it at a young age, I got elected when I was 27, and I’ve been working in politics for a long time, you know? Really since I was 18. So taking a break from elected office I think is generally a good thing, it’s healthy and it’s been a good thing for me.

I don’t see myself going back to serve in the legislature, but I certainly am not closing the door to serving in office again. I think it’s some of the highest levels of service you can give to your community and your country. I want to keep helping good people get elected to office and I’ll make a decision down the road if I want to serve again.