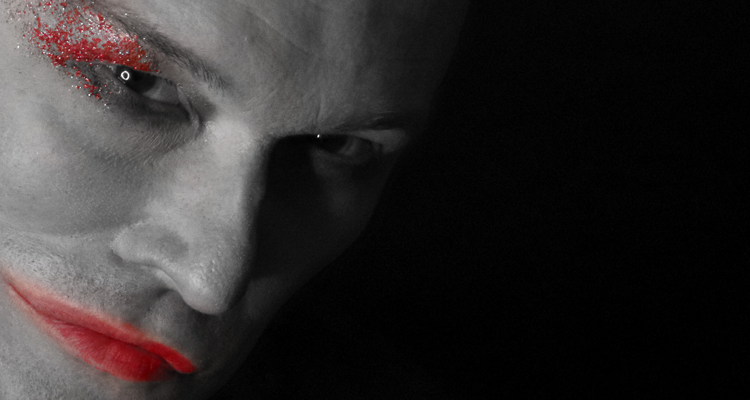 With very little in terms of theater performances in Atlanta these days because of the COVID-19 pandemic, actor and director Chad Darnell has taken matters into his own hands for an upcoming project. He will be bowing the new John Cameron Mitchell play, “Forced,” online the weekend of August 14–16.

“Forced” follows Mitchell’s visit to Russia in 2008 when he was invited to show his film, “Hedwig and the Angry Inch.” The government shut down the festival, but organizers did it anyway as an underground event. The script was pulled together from Mitchell’s diary entries. It’s a new play and Darnell is the first person to perform it.

The benefit performance is part of Dramatists Play Services’ new series, “Technical Difficulties: Plays for Online Theatre;” a collection of socially distant short works designed to be performed online because of the COVID-19 pandemic.

Darnell, who is gay, worked in Atlanta all through his twenties and moved back to the area recently to get back in theater. But with venues shut down, live theater is on hold. He heard about “Forced” and quickly sought to get the rights. “It is specifically theater that is made to be produced over the Internet like a Zoom or video on demand,” he says. “It’s a way to do theater. It’s not like I am just reading a diary. It’s a fully curated, created performance.”

He will be shooting it in his own apartment with his new iPhone, acting — in essence — as the performer, director and cameraperson.

“It’s one stop shopping,” he jokes. “That is the interesting thing — how do you shoot a show in your own living room or bedroom? My house will become the set. I will record it and then edit it. I won’t be shooting it like a film. Once it is edited I will put it online and people can watch it anytime over the weekend that I have the rights. It’s a 48 hour period, as opposed to everyone having to watch it at 8pm on Friday.”

Admittedly, Darnell has never done anything like this. “This is the kind of thing we were all talking about when it was all hitting with the coronavirus,” he says. “We were all talking about finding ways of going into a theater and creating original pieces and shooting them and putting them on the Internet for people to see and watch. There was a lot of conversation but no one really did it. I saw this and said, ‘I can do that. I am not in danger of violating anyone’s social distance.’”

Darnell feels the biggest challenge is capturing Mitchell’s voice honestly and not doing a recreation of him or mimicking him. He wants to bring the essence of Mitchell forward.
According to Darnell, “Forced” is a pretty dark piece. There were things that had never been in his orbit until he watched the recent documentary, “Welcome to Chechnya.” “In the play you see the atrocities of it all and how awful it is in Russia, but also the joy that the people in the festival had in their lives and the observations John had of them. It was striking and beautiful.”

“Hedwig” was the opening night film for the festival, but it went underground. Programmers and guests started texting people about where they would be and they wound up in an underground club. It became a rogue festival and those in attendance were not used to seeing LGBTQ films.”John went with his friend Sasha, who is Russian, and was in fear the whole time John was there. There was fear for everyone involved. John expected there would be resistance, not that the government was going to shut down the festival the first day he was there. He talked to (adult film star and producer) Michael Lucas a week before and was told it was not a great place, but he was not prepared for the experience.”

Proceeds for the show will be split between Rainbow House Coalition in Atlanta and the Toronto-based Rainbow Railroad, which has assisted more than 800 individuals to find safety to start their lives over away from the persecution in Russia. Rainbow Railroad was featured in “Welcome to Chechyna.” Tickets are $5, with additional donation links available for patrons.

Darnell knows “Hedwig.” He performed the role in the stage version of “Hedwig and the Angry Inch” in Savannah in 2018 and Atlanta in 2019, and also appeared in Marietta’s New Theatre in the Square version of “Moonlight and Magnolias” earlier this year.