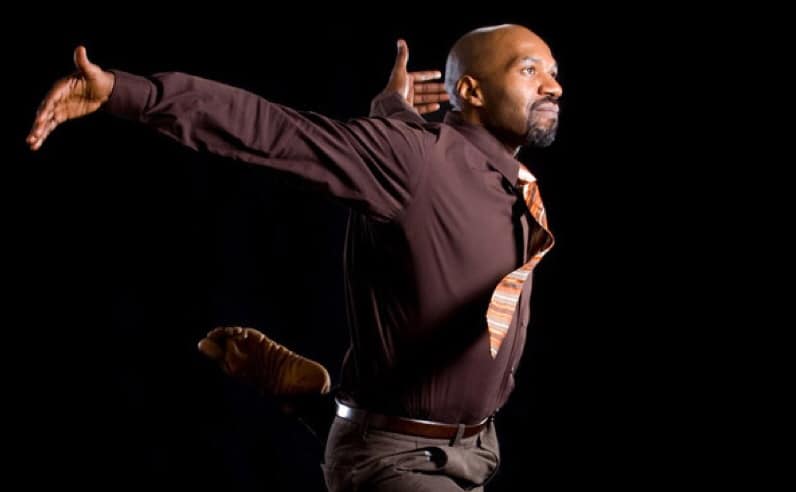 Ronald K. Brown’s work as choreographer and artistic director of EVIDENCE Dance Company is a masterful fusion of American Modern and African Dance, masterfully mixed in a contemporary sensibility.  Brown’s work led me across the country to Denver, Colorado in the late 90’s to witness the creation of a new work, "Ebony Magazine: To A Village,” a vibrant political look at the juxtaposition between bourgeois Black American culture and our African counterparts.

This new work, "Ebony Magazine…" garnered him the attention of Judith Jamison, former artistic director of Alvin Ailey American Dance Theater and earned him an invite to create a new work for the world-renowned company. It was at Ailey that he created his masterpiece "Grace", which we will see this Sunday as part of this seasons National Black Arts Festival (NBAF) celebration of dance, held at The Ferst Center for the Arts at Georgia Tech.

Georgia Voice recently caught up with Brown who spoke about the inspiration for his work, his company’s upcoming Atlanta performance and how he incorporates same gender love into his choreography.

GV: What should the Atlanta audience expect from Ronald K. Brown EVIDENCE (RKBE) on this 30th Anniversary tour?

RKB: For our tour, Evidence aims to share the range of the work, from the most recent to work that is 20 years old.  In the "The Subtle One" (2014) with music by Jason Moran and the Bandwagon it builds with a slow simmer that is dictated by the music. "Grace" (1999) unveils a physical story that is detailed in the lyrics of the music and energy of the dance.  But the other parts of the repertory have been selected for reasons specific to each piece.

Over the last 30 years RKBE has explored the African Diaspora, and the culture of Americans of African descent through music, visual art, and dance. In what ways has your work addressed, or explored the lives of the LGBT community, and the issues that impact our community?

There have been many pieces that have spoken directly to the triumphs, celebrations and issues that affect the LGBT Community.  In 1998, I built a men's piece "Better Days" (named after a club in NYC where men and women came to dance and love) that spoke in-depth about these things. The piece includes text by Essex Hemphill, G. Winston James and music to help folks remember what has gone on…that must be remembered for us to continue.  Stories of love, forgiveness, survival and lost. "Dirt Road" (1994) illustrates the journey of a family going down south for a funeral, in side of the piece you see the family but you also see two men who love each and are a part of this family. In general, in the work there is always a reflection of "all of us" inside the choreography.  You will see women loving and supporting each other, men and women loving each other and men caring for men.  Love first.

How does this work speak to the LGBT audience?

I think the strength of the women and men without apology is something that the LGBT audience responds to.  The music of Peven Everett and Roy Davis Jr., in "Gabriel" I think also speaks to something of our acceptance that an angel of love has come down and is with and beside us.  The last section where the couple embraces, give and accept forgiveness is also a movement of sigh for the audience.  When you see the two women embrace, the male couple and the man and woman …..Mother God and her Son, I think the audience is able to see how incredible it is to step in to each other's arms.

What is it about "GRACE" that has allowed it to stand strong for over 17 years?

I think the lyric and message is simple.  "God please come down and see your people thru."  In our hearts when we look at what is going on all around us…and across on the other side of the globe. …..We STILL know we need Mother/Father God to come down and help heal the world.

If you could make a statement to describe the intention of your work, what would it be?

This has become easy because of something my grandfather Ruben McFadgion said during a Q & A over 15 years ago. "That's right Kevin, keep God first."  The other reminder came from sitting with Katherine Dunham around 2001, and I was preparing to dance a new solo for her "Thank You" at Jacob's Pillow Dance Festival.  I sat with her in her room in NYC and she said, "I'm not sure about some of you young people…don't let us down".  My response: "I'm trying not to".

The Ferst Center for the Arts at Georgia Tech