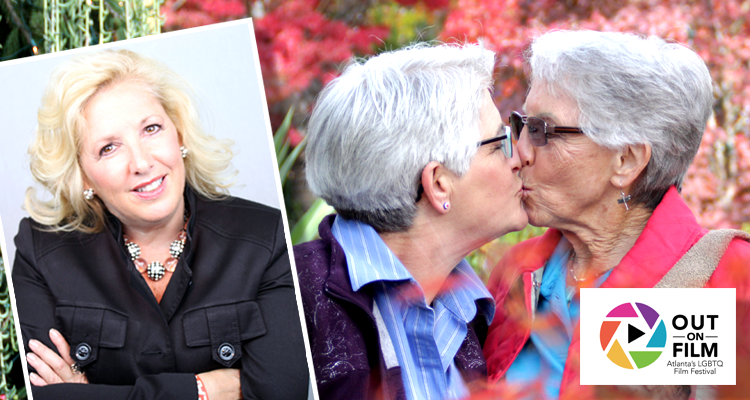 Surviving the Silence follows the story of three lesbian women in the military, the repression they faced, and the military review board hearing that ultimately set the precedent for overturning Don’t Ask Don’t Tell.

The following interview has been edited for length and clarity.

To begin, could you tell our readers a little about the documentary and the three women at the core of it?

Surviving the Silence is the untold story of two women in love who help change military policy. At its core, it’s a love story that reveals a new history.

In the nineties, Col. Margarethe Cammermeyer had been expelled from the military for admitting she was a lesbian, and that was made into a film starring Glenn Close and executive produced by Barbara Streisand. But what most people don’t know is the story behind the story: that the woman who presided over Col. Cammermeyer’s military trial was also a lesbian — and the way she handled the trial played a big part in Colonel Cammermeyer’s reinstatement via civil court.

What drew you to this story?

I was screening my first film, Breaking Through, which is about openly LGBTQ elected officials and the many barriers they had to break through. After the screening at Sierra College in California, two women came up to me and told me how much they loved it. We got to chatting and they shared their story with me.

The first thing I fell in love with was their love story. I was fascinated that here were these women who had been together for 30 years and for much of that time had to pretend that they were not together.

Col. Thompson was the first chief nurse of the Army National Guard. While she was in Washington and Barbara was in California, they had been told that their phones had been tapped. They didn’t know if their mail had been opened. How do you go through all of that and still stay strong as a couple? The affection that they still showed … it was just tangible how much they love each other.

Could you tell me about what it was like to work with Thompson, Brass, and Cammermeyer?

Before we get to that, I want to add one more thing about LGBTQ folks in the military. Even though we are coming up on the 10th anniversary of the end of Don’t Ask Don’t Tell … there are still people serving in silence. Just because a law changes that does not mean that society or the culture of an institution changes.

As for your question, they are so open and candid sharing their experiences. It comes from a place of knowing that when we share our stories, it helps touch hearts, change minds, dismantle those stereotypes and preconceived notions that are used to hurt our community. And they also know that it offers courage to people who might be considering coming out. So, they were willing to share whatever it was we were asking about, which is quite rare. You may have noticed, when Pat Thompson was talking about losing her brother, almost 80 years ago, you can see her tearing up.

It seems that had this film been made a few years ago it would have had a different ending. Could you talk about that?

We’ve had some big leaps forward including marriage equality, and there were so many good things happening under the Obama administration. [Pat and Barbara] thought they could share their story about how bad it used to be and how it’s better now, but then came in the current administration.

Barbara, given her heritage [as the daughter of two Holocaust survivors], immediately tuned in to what was happening. She had tremendous fear and anxiety over the possibility of having to live through what her parents had to live through. You’re right. It’s absolutely a different ending. We had a nice “and they made it through the storm” type ending, but we had to change it.

From Pat’s perspective, as a former highly decorated military officer, and as someone who loves America so much that she was willing to sacrifice her life — both in terms of physically dying and also having to give up being openly who she was — to give everything, what’s happening is devastating to her. She’s not going to just curl up in a corner, she’s going to do everything she can to remind America of the promise of America.

Their courage, their commitment, their dedication to the ideals of full equality, to true freedom, are really inspiring.