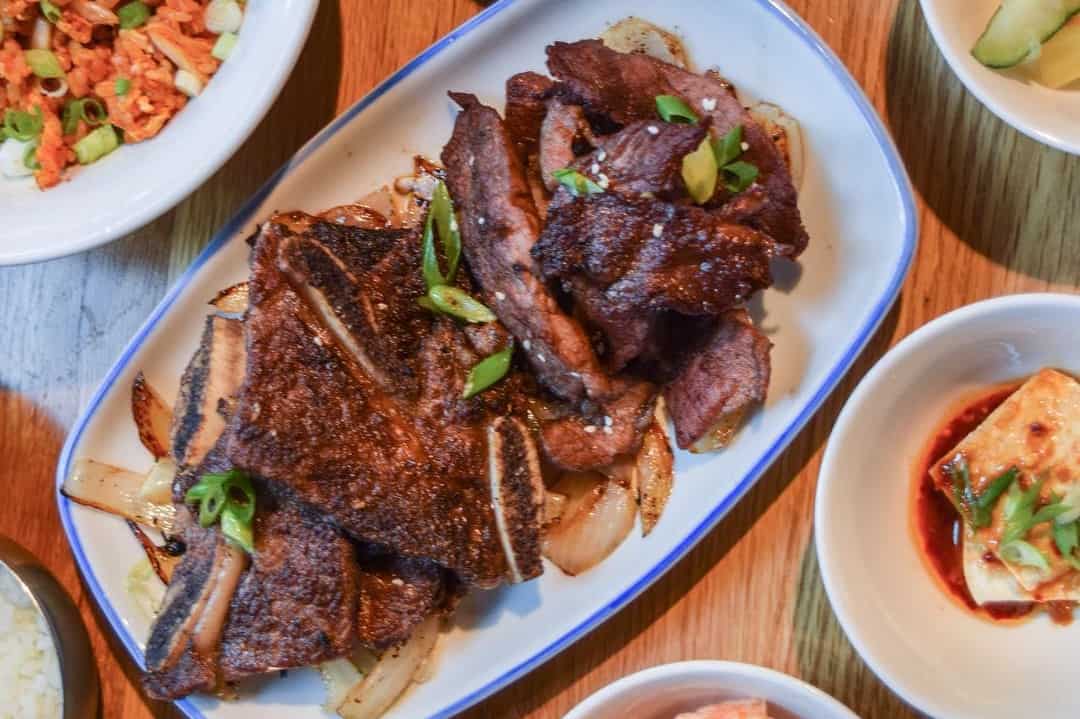 Wouldn't it be nice if every good restaurant meal could be cheap? That's not possible, of course. But believe me, excellent food is no longer the sole province of pricey restaurants. Casual places—even some we consider fast food joints—have become extremely inventive.

There are several explanations for this. The Great Recession killed traditional fine dining in Atlanta. In fact, it stalled the entire dining scene. But something else important happened. Millennials came of age, and being quite multicultural, they have more adventurous palates than their parents. Alas, they also have less money.

With the (moderate) economic recovery, we're seeing a proliferation of new restaurants in town reflecting these changes. I've written about some here—the new Indian-based Masti in Toco Hills and the Taiwanese-based Ah-Ma's in Midtown Promenade, for example. There's Korean-Chinese at Makan in Decatur and Korean at Sobban on Clairmont. You find really good, kinky food even in food courts now, like the Middle Eastern-based Yalla in the Krog Street Market. All of this food is authentic, but pays homage to its American context.

During the last few years, I've personally been most excited by the millennials' willingness to visit Buford Highway, where you can dine quite well for $10. I've been eating there for decades. Most people I've dragged with me are shocked that the restaurants there have greater complexity than can be found at Taco Bell.

I admit there are a few perennial difficulties with eating on Buford. Language can be problematic, but many Asian spots have menus and walls plastered with often-not-so-reliable pictures. And while I'm annoyed by people's fear of spiciness, I still find offal daunting myself, although I did eat ox penis at Beijing Kabobs. I love tripe-filled menudo, a soup available weekends at various Mexican spots (along with the equally tasty offal-free pozole) like El Potro.

The most recent place I've visited on Buford is the newish Vietnamese I Luv Pho (5145 Buford Hwy., 770-696-1662). Pho, a classic soup, has become wildly popular with Americans. What most distinguishes one restaurant's pho from another is the intensity of the broth, which can be either beef or chicken. The best—and I Luv Pho is one of the best—have a mystifying depth of flavor. You choose the meats: everything from tendons to steak. Then you add bean sprouts, a squirt of lime, and herbs all piled on a plate in the middle of the table. Sriracha and hoisin are also on the table.

Vietnamese is my favorite cuisine, so I decided to skip the pho, which all my friends ordered, and try a "burnt rice" dish. This dish is made with crunchy rice like you find at the bottom of a pot. You pick the toppings. It's my favorite dish at Chateau de Saigon. I'm sorry to say that I Luv Pho's version was hugely disappointing. Chicken and seafood—mainly inedible, over-cooked squid—were thickly sauced, which totally obliterated any crunch the rice had. Stick to the pho.

Here are some classics on Buford Highway that are not to miss: the Malaysian-Thai Penang; the Mexican El Rey de Tacos, El Taco Veloz, and La Pastorcita; the Vietnamese Chateau de Saigon and C'om Grill; the Chinese Canton House and Oriental Pearl; and the Korean Hae Woon Dae. There are many others worth trying. And by the way, if you want authentic Indian food, head out to Scott Boulevard and Lawrenceville Highway. I'll cover those restaurants in a future column.