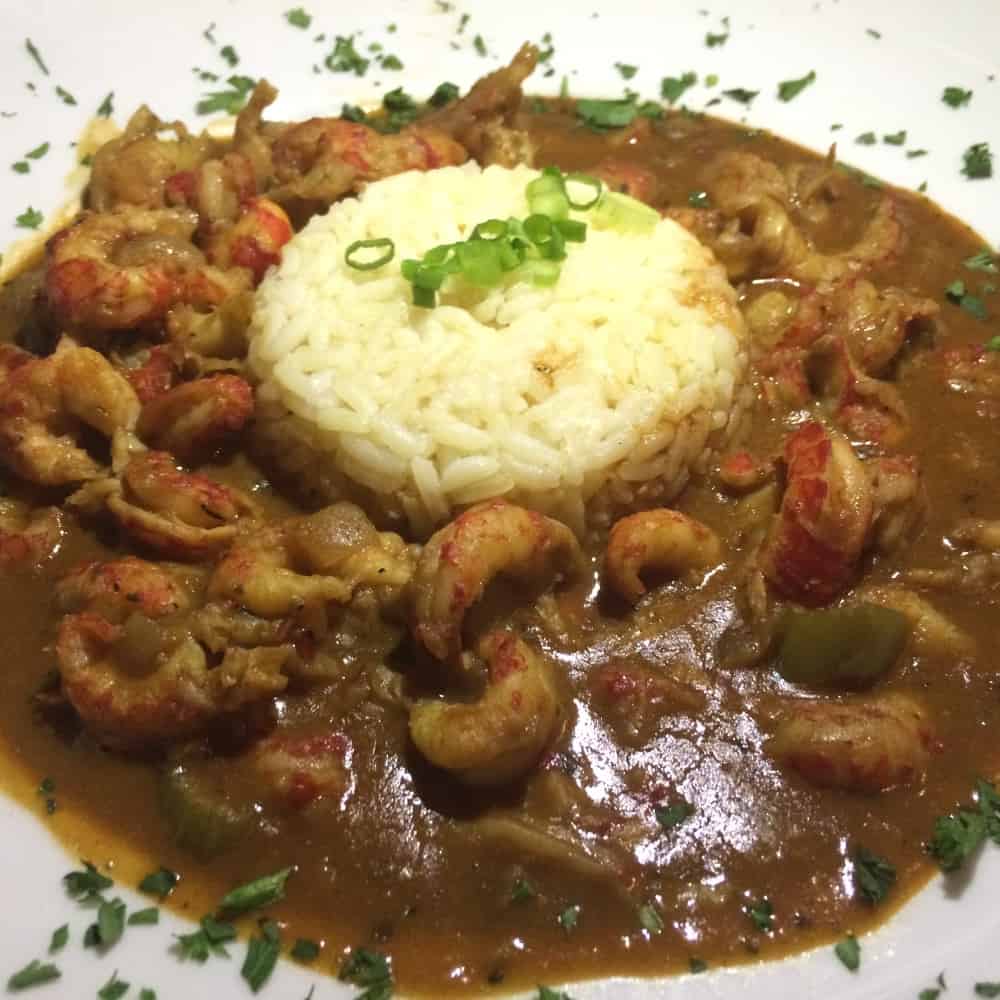 For mysterious reasons, authentic New Orleans-style restaurants have never been very popular in Atlanta. Even when a few refugees after Hurricane Katrina opened restaurants here, they didn’t last long. The problem seems to be “authenticity.” Much of Louisiana’s cuisine is moderately spicy, which is a plus for many people, but apparently terrifying to most Atlantans. So what we mainly get here is menus of toned down jambalayas and gumbos plus entrees that barely relate to Louisiana’s classic dishes.

The latest to open is Louisiana Bistreaux (1496 Church Street, 404-963-1463, louisianabistreaux.com) in Decatur’s hugely expanded Suburban Plaza. This is actually the sister of a popular restaurant of the same name near the airport. Both are operated by Fred Delawalla, a man of Indian heritage who has lived in the states for many years. No, I don’t detect Bollywood in any aspect of Delawalla’s cooking. In fact I find it more reliably authentic than most in town.

Louisiana Bistreaux’s website describes the restaurant’s fare as “Inspired Cajun Seafood.” That brings up a point of common confusion. There’s Cajun cooking and there’s Creole cooking. What’s the difference? Creole is a city style. It’s more complex and uses tomatoes, while the Cajun, originating outside the cities, uses no tomatoes and is for the most part the spicier of the two. They also begin with a different roux – typically butter and flour for Creole, oil and flour for Cajun. Of course, both styles overlap, so it gets confusing.

An example is the Bistreaux’s crawfish etouffee, my usual test of Louisiana cooking. The version at Bistreaux seems to make use of tomatoes, so it would be Creole instead of Cajun, despite its labeling as the latter. I’m not complaining – the crawfish were plump and juicy, the brownish red sauce was subtly piquant, and the serving, like all here, was huge. I’m talking take-half-the-plate-home huge.

Despite my usual preference for “classic” Cajun, the best dish at my table was a totally wacky tower of grilled grouper coated with crumbled Crawtator potato chips, made by Zapp’s. It was served over jalapeno-gouda grits, awash in a creamy crawfish sauce. Picture a volcano surrounded by the delicious magma it just spewed.

The restaurant buys its seafood from sustainable sources, so most of it has great flavor. Another friend also ordered grilled grouper, this time topped with lemon-butter sauce, crawfish, and lump crabmeat. The fish was surrounded by dirty rice and corn maque choux – basically ultra-rich creamed corn. Flawless.

Another tablemate ordered, for reasons I don’t understand, a burger with a floury-tasting crab and corn chowder that he loved but I found far inferior to the restaurant’s gumbo. A fourth friend got an ordinary oyster po’ boy. The only serious yawner at the table was a gigantic wedge of lettuce with blue cheese dressing, bacon, cucumbers and so forth. We shared a dessert of Southern Comfort pecan pie with Chantilly cream. Skip the lettuce and order it.

The menu here is diverse, with quite a few steaks and fried shellfish and seafood, as well as the classics like my etouffee. The jambalaya, which I have not tried, seems to get especially high marks from many diners. Service is great and the restaurant was crowded. I recommend you get a reservation.