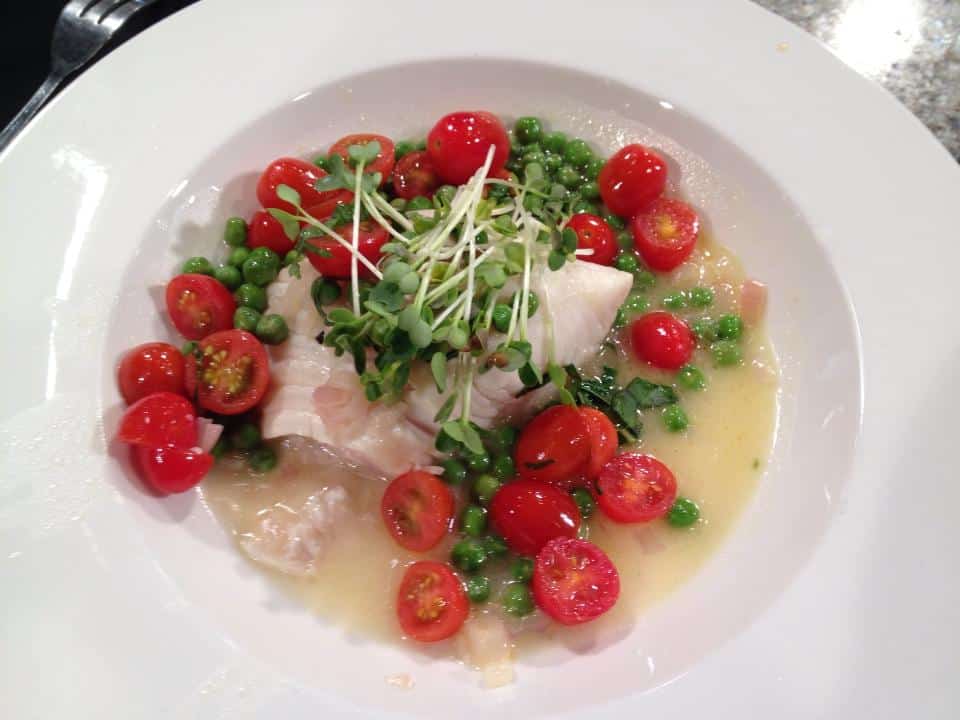 Cliff Bostock: Gay cuisine: Check out these dining spots for all stereotypes

Can food be gay? Hell yes. I remember as a kid ordering flaming desserts whenever my parents took me out for dinner. My faves—Baked Alaska and Cherries Jubilee—have all but disappeared from restaurant menus. But I loved the drama of the server wheeling a cart tableside, dousing the desserts with liquor, and setting them ablaze. How gay.

The fantasy of our time is that LGBT people have assimilated enough to say with a straight face that we differ from heterosexuals only in the gender of the orifices we penetrate. Perhaps, but it’s hard not to notice that we stereotype ourselves by body types and sexual appetites. I seriously doubt, for example, that the average twink would claim the same diet as the average bear.

Let’s look at a few types and consider their tastes.

Muscle Bears: Bears are bears because they are hairy and typically oversized. There are subcategories. Probably the most populous are muscle bears. These are the guys who eat with the specific intention of “bulking up.” (They aren’t chubs because they don’t eat mindlessly or suffer a metabolic problem.) Since size always trumps proportion, you often see giant pecs atop a giant gut. They love high-protein, high-calorie meals. They, along with the general bear population, including svelter otters, populate Roxx (1824 Cheshire Bridge Road, 404-892-4541). Just like bears in the wild, they love to rummage through garbage such as chili-cheese fries. Adventurous bears find those and the best and biggest burgers in town, including the “ghetto burger,” at Ann’s Snack Bar (1615 Memorial Drive, 404-687-9207; always call ahead).

Twinks: This is the skinny, hairless group that most fits Simon Doonan’s book on the gay diet, “Gay Men Don’t Get Fat.” That’s absurd, of course, but twinks do typically eat light, even though their youth and frequently accelerated metabolism allow them to binge on Nutella spread over celery sticks. A typical meal out might be at MetroFresh (931 Monroe Drive, 404-724-0151, metrofreshatl.com). There, they basically eat finger sandwiches and clear soups, and split a single gluten-free brownie into four portions. But they can just as easily raid McDonald’s. Alas, they often say they want to get bigger.

Jocks: This is one of the more mysterious self-identifiers on social media sites like Scruff and Manhunt. You’d think the name means the same as “athletes,” but that’s often not so, unless you view hiking, watching college football, and attending pool parties as sports. Basically, this is someone with a lean, muscled body, frequently shaved to show off definition, especially the abs they torture twice a day. Jocks, who probably have the most coveted body type, tend to scour menus for healthier options and usually reserve one day a week as a “cheat day.” An ideal place where you can eat healthy or binge with jocks and many other gay people is Radial Café (1530 DeKalb Ave., 404-659-6594, radial.us).

Daddies: For reasons the media ruminate on constantly, daddies are hot, hot, hot right now. A daddy needs to be over 40, bald or silver-haired, in good shape, “down to earth” and “drama-free.” (The latter two criteria are mentioned so often on the hook-up sites that you know perfectly well the writer is a mess.) For daddies, it’s a big compliment to be desired by young guys, even though the desire is often in proportion to wallet thickness. Daddies dine everywhere. The older they are, the shittier their taste is, because they came of age before the culture’s tastes shifted to the more exotic. The younger they are, the more adventurous they are. If I wanted to take a young millennial to dinner in Midtown right now, I’d choose the new, terrific Ah-Ma’s Taiwanese Kitchen (931 Monroe Drive, 404-549-9848) in Midtown Promenade. You’d be demonstrating that your palate is old but not dead, since small plates of Asian street food are the hottest foodie movement right now.

Gay Bros: Mainly, these are young dudes who are obsessed with being “straight-acting.” It often seems to me their obsession is rooted in social awkwardness or not being very attractive, which naturally makes gay life more difficult. If you visit their profiles on Reddit (reddit.com/r/gaybros), you’ll repeatedly see that grilling is masc. Never mind that the vast majority of fine-dining chefs are heterosexual males. Real men grill weenies. Or steaks. There is any number of steakhouses in the city. I still most like Kevin Rathbun Steak (154 Krog St., 404-524-5600, kevinrathbunsteak.com). If you’re a bro but are forced to hang out with men not masc enough to eat red meat, there’s plenty of fish and shellfish on the menu too.

Leathermen: I’ve been kind of surprised by the resurgence of interest in kinky sex among younger guys. This was rampant in the 1970s and early 1980s, but it faded and went underground when a bizarre rumor began that unconventional sex and poppers caused AIDS. No, I’m not kidding. I do think it may also be true that when people say “leather” now, they are referring more to fashion than to sex per se. Whatever; there’s really no congenial public place to wear leather chaps to dinner. You could, however, concoct a scene. You could be a dom foodie who takes a sub junk-food addict to a bizarre restaurant on Buford Highway, say, Beijing Kabobs (5090 Buford Hwy., 770-566-8388, beijingkabobs.com). There you can force him, through the sheer power of your persona, to eat sliced pig ears, kidney, lamb testicles, and if he’s a good boy, the ox penis.