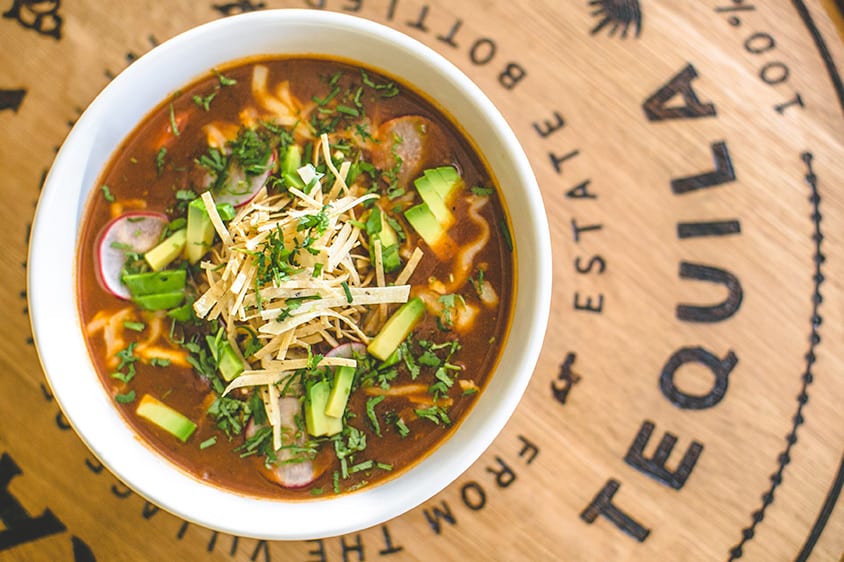 It’s time to drench yourself in margaritas with the illusion that you are celebrating an especially important day in Mexican history. I’m talking about Cinco de Mayo, which commemorates an 1862 battle in which the Mexican army won a battle against their French occupiers.

Soon after, the day was turned into a kind of pride holiday by Mexican-Americans living in California. It spread throughout the US as a week-long cash cow for restaurants of all types. Or maybe it’s a way of steeling nerves before Mothers Day, which follows five days later on the 10th.

Last year, I recommended some restaurants that feature creatively inspired menus: Rosa Mexicano, El Rey del Taco, Nuevo Laredo Cantina, Agave, and Holy Taco. I was remiss in not mentioning Taqueria del Sol, the go-to place for kinky Mexican fused with Southern and Southwestern flavors. These recommendations stand, but we are in the middle of a wave of new Tex-Mex openings.

First a caution: I lived in Houston a few years long ago and was exposed to a lot of Tex-Mex, along with the unadulterated Mexican cuisine that inspired it. I never developed a taste for Tex-Mex. Most of it was over-seasoned with “chili powder” and under-seasoned with real chiles with any piquancy. The stuff inflicted the likes of Taco Bell on the American palate. A lot of that remains. But, in case you had the same experience, it’s important to realize that Tex-Mex has certainly developed into a more sophisticated hybrid cuisine just like Italian-American did, thanks to the immigrant community and educated chefs.

The leading new kinda-sorta Tex-Mex place is Ford Fry’s Superica (96 Krog St., www.supericaatl.com) in the developing gastronomic palace, the Krog Street Market). This is the sixth restaurant in Fry’s almost universally celebrated empire. (He has a seventh—Marcel, a steakhouse—on the way in West Atlanta).

The menu is a pretty artful blend of classic Mexican and Tex-Mex. In fact, Mexican is the main fare, which, I assume, is why promotional literature describes the menu as “Mex-Tex,” a kind of precious phrase, but whatever. For example, there are tacos al pastor, pozole, ceviche, and chicken in mole poblano, along with Tex-Mexier hard-shell tacos (ew) and fajitas. Fry describes his main inspiration as the restaurants in Austin, which is, certainly home to the most creative Mexican cooking in America.

Hopefully a newbie, Rosa’s Tex-Mex Revival (5480 Peachtree Road, Chamblee), will also be open, as announced, in time for a Cinco pig-out. This restaurant is a project of the owners of nearby Southbound. It will feature straightforward Tex-Mex, undoubtedly cooked with finesse by Chef Beth Colvin, chef de cuisine at Southbound..

Co-owner Mike Plummer lived in Texas for six years and recently told Atlanta Magazine that “diners can expect tacos, tortas, and fajitas, as well as entrees like slow-braised pork and items prepared on the smoker. There will be ceviche and fried yucca, too.

I suggest you call Southbound (5394 Peachtree Road, Chamblee, 678-580-5579, www.baconsnobs.com) before planning a visit. You may want to put Southbound itself on your dining list. Located in a former Masonic Lodge, it’s garnered improving reviews for its Sothern-inspired American cuisine during the last year.

Lauterbach, formerly dining critic for Atlanta Magazine, has published her newsletter for more than 25 years. It remains the city’s best source of reviews and news of quirky restaurants. Subscribe by calling 404-378-2775.