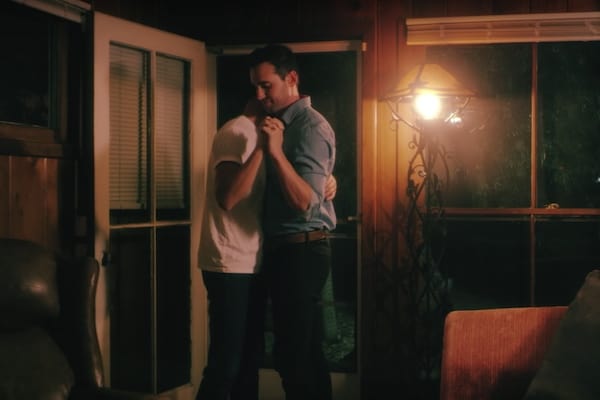 Country singer Cameron Hawthorne has come out as gay in his new music video “Dancing in the Living Room.”

In the video, various couples share intimate moments with each other as they slow dance in the living room while Hawthorne croons in the background. The couples include a lesbian couple who just moved in together and an older couple. At the end, Hawthorne goes home to his partner and slow dances with him in the living room too.

Hawthorne explained to the Advocate the inspiration behind the song.

“I remember always thinking how special it was to dance freely with my boyfriend in the living room of our apartment — being gay, it’s not as easy to dance as a couple in public together as it is for a straight couple. I wanted to express how special that moment is for a couple, when it’s just the two of you in the privacy of your own four walls,” Hawthorne says.