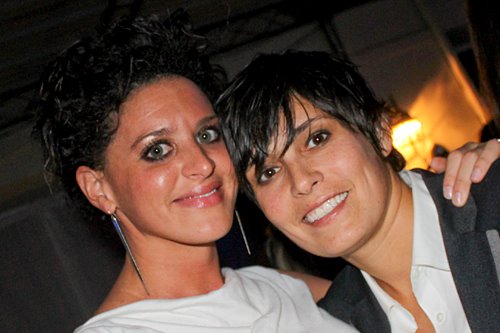 ‘Crafting a better cocktail’ with 18.21 Bitters

Missy and Kristin Koefod are the power lesbian couple behind a burgeoning business known as 18.21 Bitters. The two met more than five years ago, got married, and in July, with the help of a successful Kickstarter campaign, launched the Atlan- ta-based company dedicated to “crafting a better cocktail.”

Missy Koefod is a lawyer and real estate agent and Kristin Koefod an interior designer, but now they devote all their time to their new joint venture.

We caught up with the duo to find out more about Prohibition-era bitters, where you can find some of their bitters and tinctures in the city, and some favorite cocktail recipes for the holidays.

How did 18.21 Bitters come about?
Kristin: Missy and I love craft cocktails and love New Orleans. When we visit, one of our favorite things to do is try the in- novative craft cocktails that barmen and women in that city create. When we came back to Atlanta we wanted to work on our own craft cocktails at home but weren’t happy with a lot of the mixers out there. Since we were using premium craft spirits, we wanted premium bitters and mixers so we ended up making them ourselves.

Missy and I were both interested in starting a business and felt like this was some- thing both of us were connected to. We made a go of it and we also had a very successful Kickstarter thanks to friends, family, strangers and Missy’s amazing law school class- mates. We started last January but got labels and production up and running in May so our official launch was not until 2014 Tales of the Cocktail back in July in New Orleans. 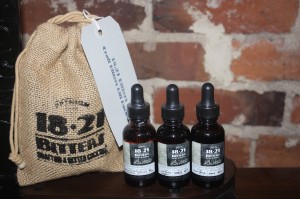 How did you come up with the name?
Missy: I guess I am bit of a law geek so I thought it would be fun to name the company after Prohibition. The 18th Amendment enacted Prohibition and the 21st repealed it. Back then you really needed to add something to your booze to either disguise it from the authorities or improve its flavor so we thought it was fitting.

What exactly are bitters and tinctures and what are they used for?
Kristin: Historically, bitters were used for medicinal purposes. Now, bitters and tinctures are like the spices of cocktails. They add depth, diminution and a completeness to a cocktail. Tinctures are just like bitters except without the bittering agent. They add spice, or additional cocktail flavoring, depending on which you use.

What drew you to this kind of work?
Missy: Prior to law school, I was a bartender and then a bar owner. I grew up with my dad making Old Fashioned cocktails and he always had Angostura that he shook into them. I guess I grew up with an old school view on cocktails and as my experience in bartending and experimenting with cocktails grew, I tried to add a new twist to the classic cocktail bitter and went from there. Kristin really is the flavor guru. She comes from a family of foodies and her instincts when it comes to pairing flavors are apparent in our cocktails and product flavor profiles.

Tell us about the process of making bitters.
Kristin: Bitters can be kind of complicated and time consuming to make. Basically we take fruits, herbs, spices and bittering agents and combine them after soaking them in high proof spirits to extract the flavor we desire. That is the essence of making bitters and a batch typically takes us almost a month. 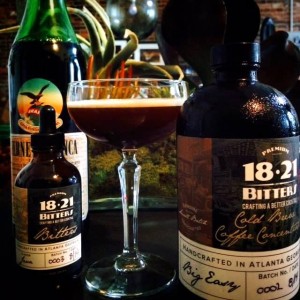 How’s business and where can people find your bitters?
Missy: Business is steadily growing. You can find our products at local retail establishments like Ansley Wine Merchants, Decatur Package Store, H+F Bottle Shop and Market Across the Street as well as drinks crafted with our products at places like Kyma, The Albert, 4th and Swift, Pinewood Tippling Room, Serpas, Bad Dog Taqueria, Il Localino, and TopFlr (not an exclusive list). We are in eight states and two countries and growing.

Some favorite recipes?
Missy: My favorite is the “Old Spice”— I love mezcal and pumpkin spice so you can’t beat this in my book.

Kristin: I have two for the holidays, “White Christmas” and “Mistletoe and Holly.”

• Garnish with a rosemary sprig

• Garnish with cranberries and rosemary sprig