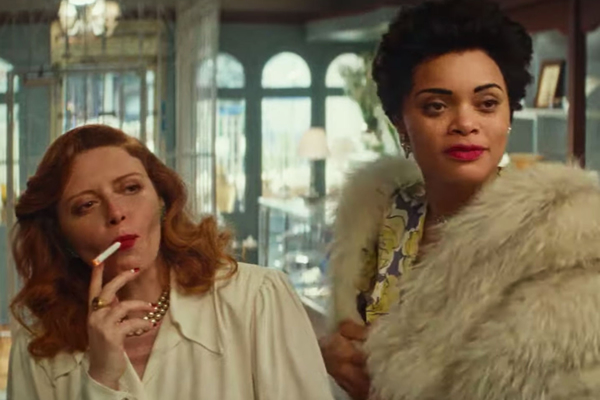 After 93 years of the Academy Awards, we should have a good idea of what to expect from them by now. Not which movies and players will earn those coveted nominations and trophies, of course; we can predict who the winners and losers will be, and we can even be right most of the time, but there will always be surprises. That’s because the Oscars are subject to the changing whims and internal politics of the Academy’s voting body, a closed society made up entirely of people within the film industry itself and is therefore always influenced by a myriad of internal pressures, loyalties, and ambitions.

In a larger scope, though, that’s exactly why it’s possible to know that the Academy’s choices will always reflect the cultural taste of the moment more than they do the comparative excellence of whichever crop of movies happens to win its favor. That’s not because of some mystical barometer that aligns the aesthetics of the industry’s artists with those of the world at large. It’s because the Academy Awards are all about Hollywood, and Hollywood is all about the bottom line. If the Oscars don’t give the people what they want, the people might not go to the movies as much – and that ensures that the Academy, like the industry it promotes, is bound by an imperative to please as many people (or, more cynically, customers) as possible. Consequently, the winners, whoever or whatever they may be, can be counted on to represent the zeitgeist of their era, every time.

Unfortunately, movies take a long time to get made. That means that when a major cultural shift happens quickly, it takes a while for it to trickle down into the film industry – and that means that, in recent years, the Oscars have been playing a perpetual game of catch-up they can never quite seem to win.

For a large segment of the population, it might certainly look like they came close with this year’s nominations. For a year in which tremendous social upheaval has brought the Black experience in America to the forefront of the public conversation, the Academy has chosen to recognize an impressive number of Black-led films and Black artists among an overall slate that offers the most diverse lineup of nominees in its history. Not only that, the concerns of the Me Too and Times Up movements are represented by the inclusion of “Promising Young Woman” among the Best Picture contenders and the first-ever two nominations for women – Emerald Fennell (“Promising Young Woman”) and Chloé Zhao (“Nomadland”) – as Best Director. On top of that, Zhao, who is Chinese) is the first woman of color ever nominated in that category, Steven Yuen (“Minari”) became the first Asian-American to receive a Best Actor nod, and in the same category, Riz Ahmed (“The Sound of Metal”) became the first person of Pakistani descent to be nominated in any acting category.

In the middle of all this diversity, however, an all-too-familiar sting of disappointment can be felt in the conspicuous dearth of LGBTQ nominees.
That said, here’s the good news first:

Two of the nominees for Best Actress, Viola Davis and Andra Day, were both nominated for portraying real-life bisexual music icons in “Ma Rainey’s Black Bottom” and “The United States vs. Billie Holiday,” respectively.

Pixar’s “Onward,” which featured a queer character (voiced by out actress Lena Waithe) who referred to her girlfriend in a single line of dialogue, was nominated for Best Animated Feature.

Now, for the bad news, here’s the (longer) list of expected queer nominees that didn’t make the cut:

Janelle Monáe, whose “Turntables” (from “All In: The Fight for Democracy”) was considered a strong contender for Best Original Song.

“Two Of Us,” the French drama about a longtime lesbian couple facing separation due to a health crisis, was snubbed as Best International Feature, despite being shortlisted in the category.

In the Best Animated short category, neither Pixar’s “Out” nor the Hawaiian third-gender tale “Kapaemahu” earned a nod.

Out of the 20 nominees in the four acting categories, not a single LGBTQ-identifying person was nominated.

“Disclosure,” about the history of transgender representation in film and television, was not among the nods for Best Documentary Feature.

Perhaps most egregiously, David France’s timely and acclaimed “Welcome to Chechnya” was also left out of the Best Documentary Feature category (for which it had also been shortlisted), as well as the Best Visual Effects category (for its use of groundbreaking digital identity protection technology).

While it’s not – or shouldn’t be, at any rate – a competition between underrepresented groups to see who can snag the most nominations, and while the long-overdue recognition being given to women and communities of color is something to be unequivocally celebrated in the spirit of solidarity, it still cannot be overlooked that the Academy snubbed almost every one of several presumptive LGBTQ nominees.

Even so, the fact that two women are nominated for playing queer characters – especially in films that are not centered on their sexuality but include it as part of an authentic portrayal of who they are – is worth noting as proof that we’ve come a long way in our quest for inclusion and acceptance on the screen, as is the LGBTQ presence in such nominated films as “Promising Young Women,” which features trans actress Laverne Cox in a supporting role.

If we are ever going to finally achieve a world where we can stop keeping a running tally of the amount of representation we are given in the stories on our screens, it will only by raising our voices to remind the Academy – and by extension, the entertainment industry – that we expect them to do better.
In the meantime, there’s no reason we can’t stand on the sidelines and cheer for the victories achieved by representatives of other communities who, like us, have long been left out of the frame when Hollywood turns on its cameras. And who knows? Maybe one day, Oscar will finally get everything right.

The full list of nominees can be found in any number of places online, including the Academy’s official website.