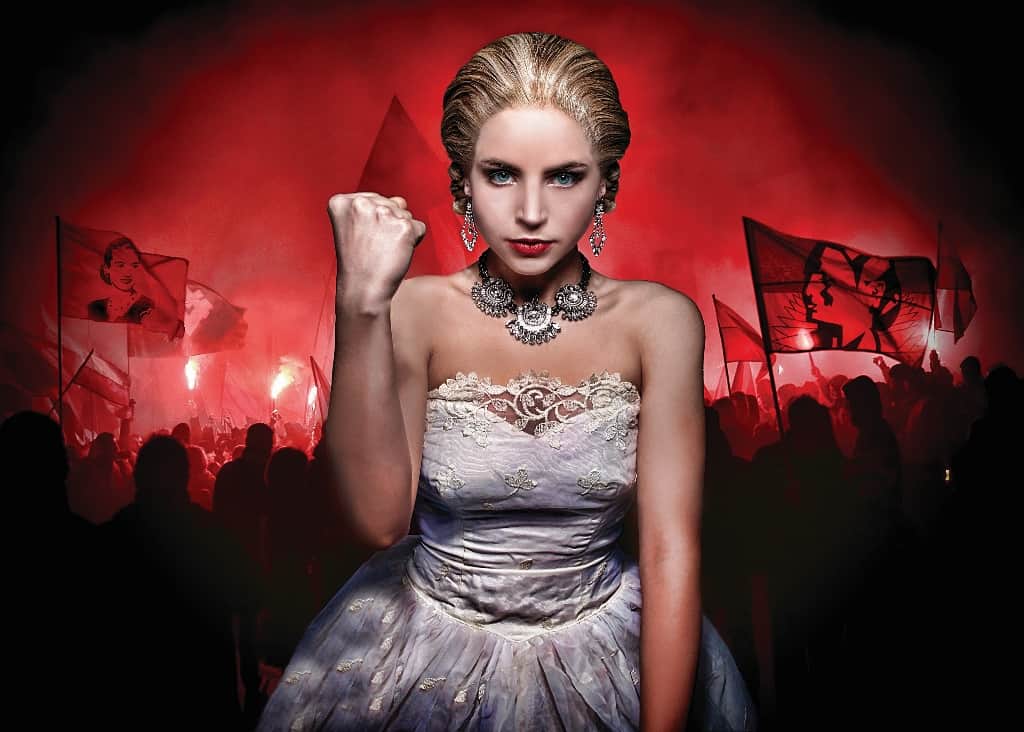 Don’t cry for Serenbe Playhouse as “Evita” hits the stage

Few musicals are as beloved in the LGBT community as “Evita.” The Andrew Lloyd Webber classic charting the rise and fall of Argentine political leaders Eva and Juan Peron won the 1980 Tony Award and became a movie musical starring Madonna in 1996. We caught up with Brian Clowdus, the out artistic director of Serenbe Playhouse, who will be directing the musical at his company with assistance from out choreographer, Bubba Carr, who will handle some of the dance movement.

Georgia Voice: How did “Evita” land in your current season?

Clowdus: “Evita” was the first show I chose for the summer. It became the anchor for the season. It’s a classic rags to riches story. I have always been interested in Eva Peron’s journey. For the time period, it was so groundbreaking to have a female leader of that magnitude.

Was it easy to get the rights?

It did take a little while. The national tour had just come out—it was in Atlanta last year. It had just come off of the Broadway revival with Ricky Martin. It was hard to get but doing so was a joyous occasion.

Tell us about your cast.

Randi Garza plays Evita. She is incredible. When we announced “Evita,” in my head I thought we’d have to go to New York to get an Evita. But Randi came in and killed it. We are bringing in a Broadway actor, Charlie Brady, to play Che. We also have an authentic Peron, an Argentinian opera singer.

Why does the show hold up?

It’s the story and persona of Eva Peron, and there is so much intrigue around her life. That paired with Andrew Lloyd Webber’s best score. It has become iconic.

Tell us about your personal history with the show?

I saw the movie, of course, and I saw the tour when it was at the Fox. But when I decide to direct something, I separate myself from past material. I don’t want to be influenced. I thought the tour was exciting, because it had a re-invented quality and I loved how full of dance it was. Typically “Evita” is not a dance show.

What is the gay appeal?

Clearly this is a wonderful time to be a gay American with what is happening. The wonderful thing is, Eva was a political person for her people. She fought for the underdog the same way we have to fight as underdogs. And she is just fabulous—Patti Lupone made the role so iconic because of her persona and star power.

How do you plan on giving it the Serenbe touch?

The setting is incredible. It is set outdoors, in the round. The balcony is in the middle of the audience. The audience will feel immersed into the environment. In past productions I’ve seen the character is larger than life, and it can be harder to relate. I want this “Evita” to connect with the audience. She was a real person and the audience members are her people.

I am interested in focusing on Che. Che can sometimes be kicked to the side and forgotten. He is the one telling the story. I want to involve the ensemble as much as possible. They and Che are onstage almost the entire time. And in terms of dance, “Buenos Aires” should feel electric.