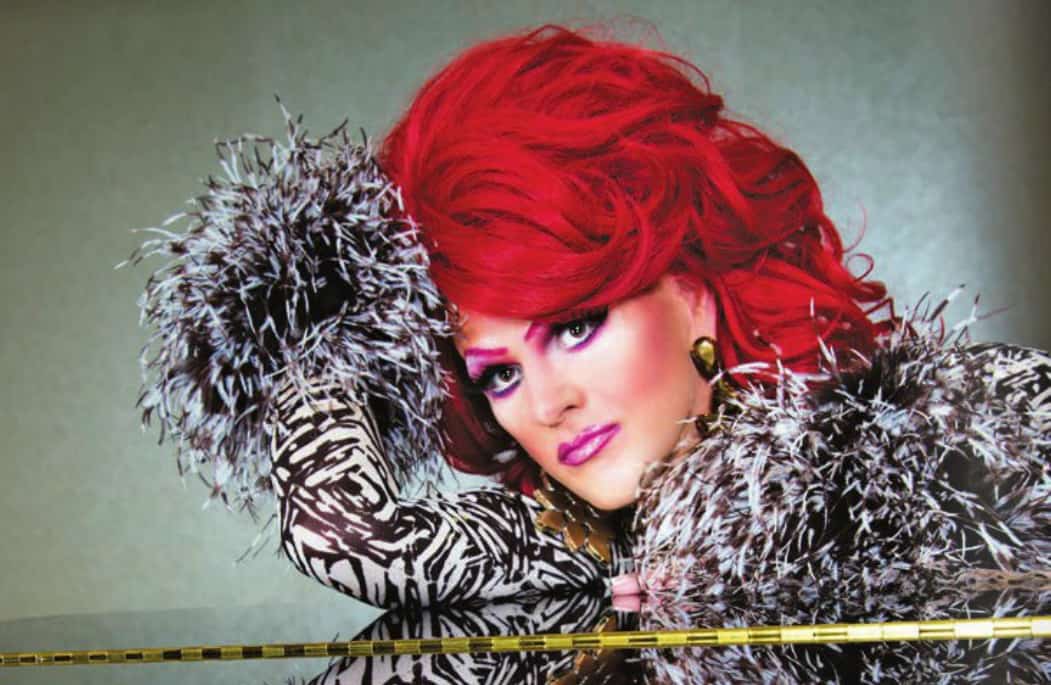 Monica Van Pelt describes her first time doing drag as “a horrible mess,” but that didn’t stop patrons at the bar in Columbus from cheering her on to win the talent show that week—and the following 15 weeks after that.

21 years later, she continues to leave drag fans wanting more, and she learned from the best when she first got to Atlanta—she paid her dues at Backstreet and counts Shawnna Brooks and Charlie Brown as her drag mentors.

Now you can catch Van Pelt at LIPS four nights a week and at Burkhart’s every Saturday continuing to wow audiences. Here, she looks back at where she started, gives advice for those interested in starting to do drag and more.

Can you take me back to your first time on stage in drag?

I did Cyndi Lauper’s “She Bop.” It was a horrible mess but I was underage and couldn’t get into the bar legally, but back then they didn’t bother to card the drag queens—they didn’t even want to talk to the drag queens. So my friend dressed me up and sent me out there and they had a talent show at the bar and I won for 16 weeks in a row.

So how did you get from having the desire to do drag to actually doing it?

I’m a theater major so being onstage is something I’ve always loved to do. There’s nothing better than being center stage by yourself. So that’s how it started and it just kind of snowballed from there.

Do you have a drag mother—someone who kind of showed you the ropes?

I have drag mentors, I have people that mentored me along the way. When I came to Atlanta it was Shawnna Brooks and Charlie Brown. Charlie gave me my start in Atlanta and I worked at Backstreet filling in for girls that were out and I learned so much. That’s the real ‘Drag U’ right there is Backstreet with those girls because you learn so much from those girls and that group, and they’re all still in this business.

So what are the biggest misconceptions that you hear about drag queens?

I think a lot of times—and this is in life in general—people have a tendency to put others in a box. And I think what makes this profession so great is the fact that we are all different and we all bring something different to it. I always say people don’t get to see the real show. The real show is in the back when everybody’s just being themselves and being crazy and having a good time because at the end of the day it’s drag. It’s supposed to be fun.

What advice would you give somebody that’s interested in drag?

The advice I would give is that it’s not for everybody and it’s fun and it looks great but it costs a lot of money, you pay a lot of dues, and if you aren’t in it for the long run then you don’t want to mess around with it to begin with. But if it’s in your heart and it’s something deep that you feel a drive for, then by all means, pursue it with everything but it takes a lot. It’s not as easy as everyone thinks it is. They think that, ‘Oh I can just get a dress and a wig and someone can do my makeup and I’m going to be fierce.’ No, you’re going to fall over [laughs].

Drag is no longer such a subculture like it once was. It’s gone mainstream in a way, especially with “Rupaul’s Drag Race.” What’s next for you and do you want to experience that kind of mainstream success?

You know what, I view success as being able to wake up the next day and I’m breathing and I’m having a good time and I’m allowed to do something that I truly enjoy. I live by myself, I have my own apartment, I take care of my bills and I do it all doing drag.

So I believe that that’s my success at this point but anytime a door opens, I’ll walk through it. Who knows what the next step is?