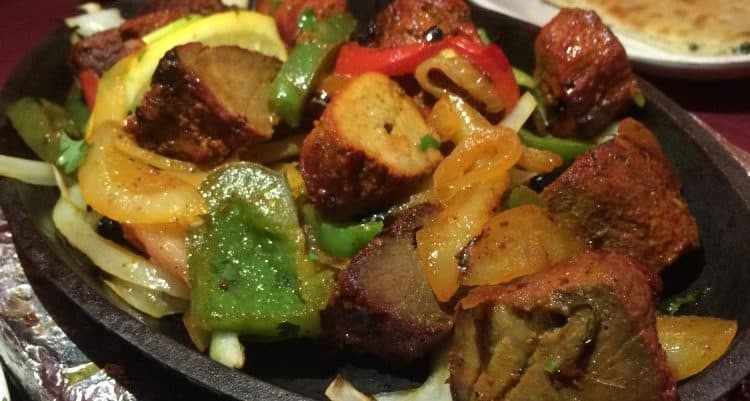 Consider food. If you explore any culinary tradition in this country, you will likely find its roots in immigrant culture. That can be relatively explicit like Italian-American or Tex-Mex cooking. It can be less apparent, like the French elements of New Orleans cooking. Yes, we’re a “melting pot,” but that doesn’t prohibit the preservation of “uncompromised” ethnic cooking – like restaurants along Buford Highway. America at its best both assimilates and protects all of our diverse traditions.

Honestly, if America has a soul, it’s to be found in these places. And if you want a taste of Bangladeshi soul food right here in Trumpland, you need to try Purnima Bangladeshi Cuisine (4646 Buford Hwy., 770-609-8587, www.purnimabangladeshi.com), the cozy tenant of a typical, constantly changing strip mall in the Chamblee area.

Traditional Bangladeshi meals are guided by certain conventions grounded in kindness and appreciation. Though there are no rituals in place here, the staff of young men is super-personable, with a great sense of humor. Expect no language barriers.

Bangladesh borders India and the food is very similar. One difference, though, is a much stronger emphasis on meat, including the beef rarely used in Indian fare. That’s in part because Bangladesh is mainly Muslim while India is Hindu. Further, I find much Bangladeshi cooking a good bit spicier than Indian, although the chef at Purnima will adjust the heat to your delicate or flame-proof palate.

I didn’t taste anything at the restaurant I didn’t like. I was surprised to see a cluster of quail dishes served with various sauces and ingredients. I chose two roasted birds with a spicy pink sauce which my server said was most popular in Bangladesh. I loved the quail – something I seldom find on menus – but it’s messy eating. Plan to floss your teeth with the little bones in order to garner the meat. Speaking of little bones, there is a starter of Bangladesh’s answer to Buffalo wings. These are cooked in a clay tandoori oven with mysterious spices, then coated with a glossy sweet-and-sour sauce. They’re good, but not much different from the Buffalos.

Better starters are crispy-fried pakoras made of sliced veggies seasoned with turmeric and herbs, or triangular samosa-like shingaras containing veggies or ground chicken. Halim, a spicy stew of four types of lentils and beef, is most people’s favorite app. The coconut soup is sublimely intense and sweet – a bit too sweet for my taste, but a great choice if you’re going to have something super-spicy with it.

Other entrees on the menu include chicken, shrimp, lamb, goat and beef in different forms and flavors. Some arrived at our table under heavy, aromatic sauces. One plate of lamb came out sizzling with veggies on an iron skillet, like fajitas. Another was served in something like a Mexican molcajete with a beastly face. There are quite a few vegetable dishes. Try the chickpeas with pureed roasted eggplant, tomatoes, garlic and onion.

I can only urge you to explore and quiz your servers in your quest for a good meal. I asked for dishes that were distinctly Bangladeshi rather than duplicates of Indian counterparts. Sometimes, the difference is only the extras and you should try all of the chutneys and sauces you can manage.

Eat adventurously and make America taste great again. Do it for the martyrs of Bowling Green and the shoeless Nordstrom shoppers.