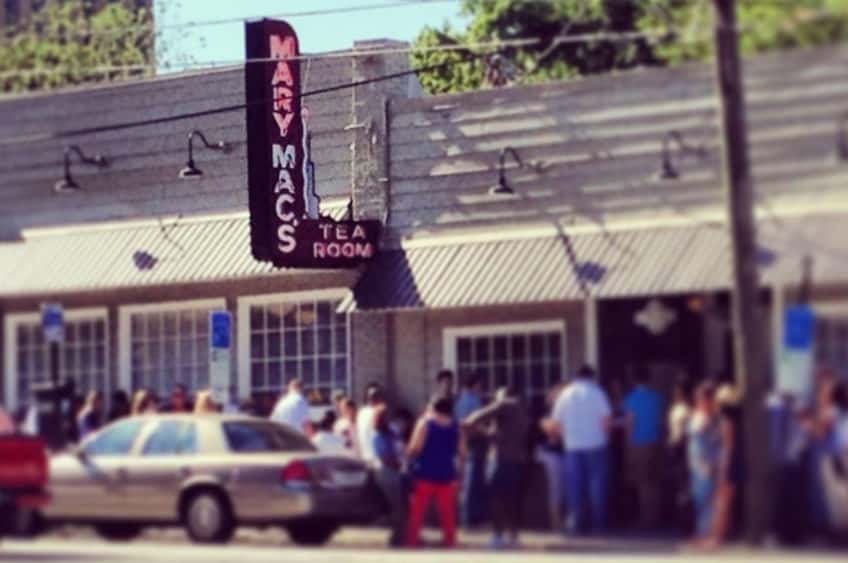 Eating My Words: Roles of Atlanta restaurants in Prides past

My brilliant partner made penis- and yoni-shaped cookies, which he passed out among parade-goers. Even in those days, there were at least as many straight people out to watch the parade as gay people. Nobody ever took a cookie without laughing. It was pretty clear, as it is now, that most of them realized the parade was theater, a carnival, despite its origins as a celebration of the movement launched by the Stonewall Rebellion. They didn’t run screaming from the park.

My partner always chose to impersonate his own job for a while: a server at the Pleasant Peasant, the historic restaurant on Peachtree that brought casual fine dining to our city. That restaurant and those it spawned, like the Peasant Uptown in Phipps Plaza, were infamous for their almost entirely gay staffs. “Hello, my name is Rick and I’ll be your server today,” he said, displaying one of the little green chalkboard menus that the Peasant restaurants used. The problem with that campy act (for me) was that it so grimly echoed the style of young African-American boys who introduced themselves and recited blackboard menus hung around their necks at the infamously racist Aunt Fanny’s Cabin.

The Peasant restaurants of that time provided many jobs, especially for young gay newcomers. They were unusual in offering insurance, but when the AIDS epidemic slammed our city in the ‘80s, the owners quietly announced they would no longer do that. Fortunately, they reversed themselves, thanks in part to ACT UP, the feisty organization that did more than any other to improve the lot of AIDS patients.

Not long afterward, the owner of Mary Mac’s, still a Southern favorite (now gaily owned), went on a campaign against the location of the new Grady Infectious Disease Clinic nearby on Ponce de Leon. There is no record of AIDS clients sneaking into the kitchen and spitting on the fried chicken. She was silenced by ACT UP too. (I love their chicken, spit or not.)

Probably the most iconic “gay restaurant” of the time was the Gallus located in a rococo former funeral home on Cypress Street in Midtown. There was, as I recollect, a downstairs dining room and an upstairs piano bar. The food sucked, but it was hella fun, even the basement bar – a total dive where many older men went to hook up with the hustlers that worked Cypress Street, one of the original cruising areas of our city. A friend and I went there a few times, feigning twangy accents and claiming we were from a Macon trailer park. We were instantly loved and offered constant shots.

My partner Rick, who later worked at beloved Gene and Gabe’s, died and so did our Gay Shame party. Pride has exploded into an event that attracts tens of thousands (and yet we still hear some gay people carping about the stereotypes … while they watch “Drag Race”). Restaurants marketing to gay people boomed like those at the corner of 10th and Piedmont and along Juniper Street. But as we have gained acceptance – including acceptance of ourselves – gay presence is not an issue in any restaurant I know. So, if you’re visiting for Pride, eat anywhere you like. Let me know if you encounter a penis-shaped cookie.