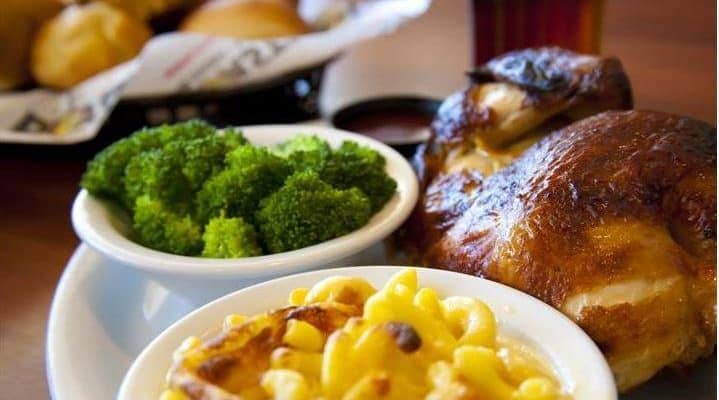 Eating My Words: In search of scrumptious chicken

Tommy, my longtime friend and frequent dinner companion, recently experienced a health crisis that requires he eat as close to no salt as possible. Last week, our usual Friday night dining pals went in search of chicken, which is easier to find unsalted. If it’s impossible to find, he usually eats a salad. The search ended up bringing to mind some of my favorite venues that specialize in chicken, salty or not.

Our first effort was to dine at Gio’s Chicken Amalfitano (1099 Hemphill Ave., 404-347-3874), next to the wildly popular Antico Pizza. It’s my favorite of all, but the traffic on Hemphill looked like rush hour, seriously. I suggest you go a weeknight or for lunch, but if you haven’t tried it, go for god’s sake.

We passed The Colonnade (1879 Cheshire Bridge Rd., 404-874-5642, colonnadeatlanta.com), whose fried chicken, far from salt-free, is definitely among my favorites in the city. There’s also my second fave, fried chicken livers, along with presumably less salted herb-roasted chicken. But we weren’t in the mood.

We actually ended up at a longtime gay fave, Roasters (2770 Lenox Rd., 404-237-1122, roastersfresh.com). I hadn’t eaten here in a decade or more. I was never very impressed with the restaurant that, besides straight-up rotisserie chicken, serves it over salads as well as in chili, soups and sandwiches.

It didn’t seem very gay anymore, perhaps because of the grim décor of large wood booths that inhibit the see-and-be-seen fashion of all current restaurants. We sat outside at a table of four, across from a gigantic community table of what appeared to be freshmen chicken. I mean bros. Our adorable server was 18. In other words, we were gay geriatrics.

All of us except Tommy ordered plates of half a rotisserie chicken with two sides. I got a baked potato, which I seriously have not eaten in probably 20 years. I loaded it with sour cream and some butter. Not bad, but I have no inclination to eat another one before I die. A wedge of lettuce with blue cheese dressing and bacon bits competed with the Colonnade’s, as did a basket full of yeast rolls and cornbread muffins.

Tommy, alas, ordered a salad of mixed greens with mandarin oranges, berries, crumbled blue cheese and marinated grilled chicken. I would guess it was the menu’s least salty dish for real.

My verdict? Quite a bit better than I expected in every way, from the service to the rotisserie chicken, minus the décor.

Here are a few other places with chicken I like because it’s spicy:

Eats (600 Ponce de Leon, 404-888-9149, eatsonponce.net). This ridiculously cheap restaurant – a Georgia Voice Best of Atlanta winner for Cheap Eats, in fact – has been around for years. Get your chicken grilled with barbecue sauce, jerk seasonings or lemon-pepper. The jerk is my favorite by far, exceeding many “authentic” Jamaican spots in town. It’s not fiery but has a strong kick.

Hop’s (Ponce City Market, 675 Ponce de Leon, 404-355-3782, hopschicken.com). This is from Linton Hopkins, the owner of Restaurant Eugene and Holeman & Finch. The deal is quite cheap fried chicken with a slightly hot crust. Up the amp with a house-made hot sauce, but be sure to sample the Frim Fram sauce too. Admittedly, it’s not reliably consistent

Finally, I’ll mention Popeye’s Louisiana Kitchen (multiple Atlanta-area locations), beloved by Beyoncé (Burger King be damned). Get the spicy chicken, the only fast food I eat and have loved for years. Be sure you get a couple of biscuits and some red beans and rice. Check your to-go order carefully. They screw up a lot.