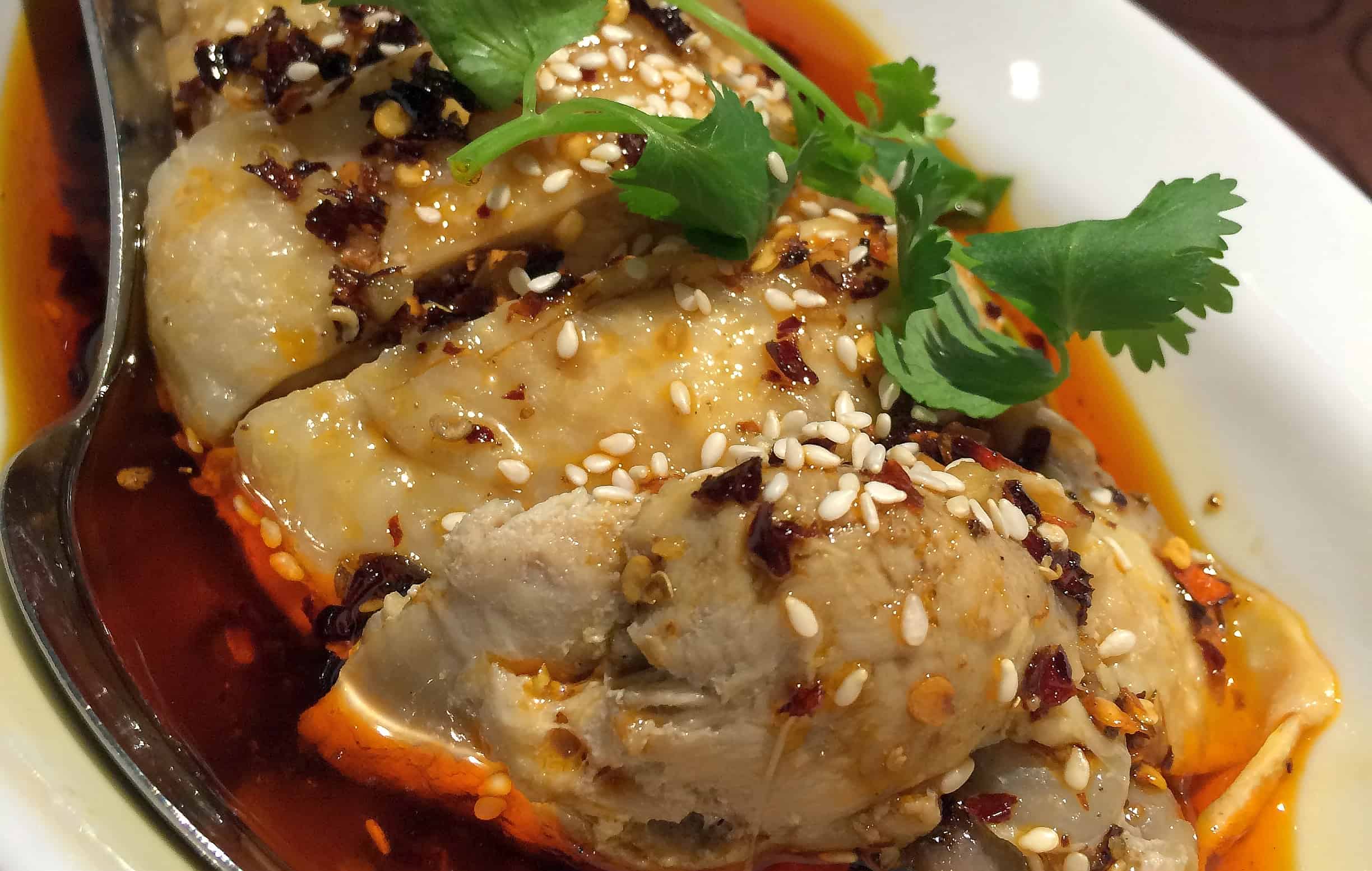 My mother often took me to Chinese restaurants when I was a kid. I was always dragged into the kitchen where barbecued ducks dangled from hooks. Most of these restaurants’ menus included strictly American dishes for those intimidated by exotic fare and finger-spasm-inducing chopsticks.

I’ve told this story many times because it was an early initiation into culinary adventure. The fact is, though, that most of these restaurants served soy-drenched Chinese-American food, barely better than the canned La Choy products. In the decades since then, Chinese-American has become a legitimate style in the way Latin American Chino-Latino and Italian-American have.

Still, by the time I reached my 20s, I was hunting China’s regional cuisines and in recent years, the spicy Sichuan has become a favorite. The most recent, high-quality and inexpensive example is the happily named Yummy Spicy (5164 Buford Hwy., 770-680-5605, yummyspicyga.com). It’s just a couple yards behind Sweet Hut (where you should go for dessert). Like so many freestanding buildings on Buford Highway, its exterior and interior seem oddly out-of-place. In fact, it use to be a place where hard-working folks like Jennifer Zyman of Atlanta Magazine went to get their feet massaged.

Four of us ordered seven dishes. Let me warn you that you need to ask for descriptions despite a huge glossy menu with pictures of nearly everything.Our entertaining server, brother of the owner, explained that the stock menu was ordered from China, so not every item arrives at the table looking the way it is depicted. For example, the cumin lamb is fried in the picture, but gently sautéed in the kitchen with caramelized onions. Cumin is a spice that I weirdly detest in small quantities but love when it is turned up to shrieking volume. This version is not pretty but delish.

A favorite and irresistible choice at the table was rectangles of eggplant dry-fried with red-hot chilies. It was mixed with some chili oil and a lot of caramelized onions, topped with a few wilting scallion stems. Here’s some advice from Wendell Brock of the AJC: You do not have to eat all the chilies in any Sichuan dish. They add great flavor but you can be judicious. In other words, stop your whining about spicy food.

My least favorite was a plate of dry rice noodles turned yellow by Indian curry seasoning, tossed with shrimp. Spicy lamb – different from my cumin version – was dramatically served in a hot pot over a flame. Slippery wontons in chili oil melted in the mouth, then released a hint of sesame.

There are three beloved dishes on the menu we did not try. First is the Yummy Spicy crunchy-fried chicken, spotted with those ubiquitous hot chilies. Second is the cold noodles. I am just tired of those. Third is the fried, whole crabs. A couple in the booth behind us was digging into these and told me they were their “second-favorite” dish. I wanted them, but I didn’t want to take on the task of cracking them and stabbing them with chopsticks.

I don’t think you could go wrong with any dish here. Quiz the owner’s young bro. He mainly grew up here but spent considerable years in China too, so he can communicate clearly. In fact, he’s majoring in Spanish, so take your abuela.