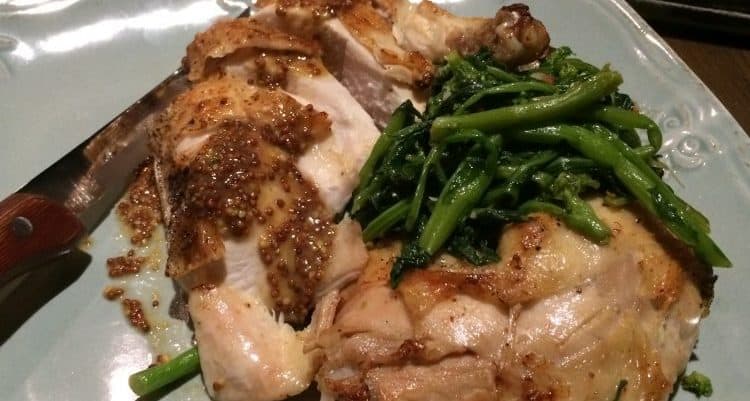 Poor Hendrix (2371 Hosea Williams Dr., 404-549-8756, poorhendrix.com) recently opened in the new Hosea + 2 development near the East Lake Golf Club. The developers are Clay Harper and Mike Nelson, who also operate Fellini’s Pizza and La Fonda Latina. The Poor Hendrix co-owner/chef is Aaron Russell, who has an impressive résumé as pastry chef in some of the city’s best restaurants. His wife Jamie co-owns the restaurant. It’s a great team and the restaurant works very well.

Named after the Russells’ rescue dog, Poor Hendrix is divided into two sections. There’s a sizable bar area and a small dining room. Each has a separate menu and you cannot order bar food in the dining room and vice versa. There’s also a good-sized patio. Décor is minimalist – lots of wood. The dining room seating looks mainly like a long community table where people eat virtually knee-to-knee, reminding me of a Paris bistro. There are three round tables up front, across from a large wine rack. We were able to push two of them together for eight of us.

The place is lovable and if a Friday night visit is typical, the place can get very crowded, especially with residents of the neighborhood. Still, it’s certainly good enough to be called a destination restaurant from anywhere in the city. It’s inexpensive and the food in the bar and the restaurant is mainly straightforward, comfort food.

There’s one disappointment. Some of the restaurant’s dishes are poorly plated, even for comfort food. For example, a starter of “warm, uncured salami with cornichons” was haphazardly plated, but the slightly crispy sausage had great taste. Another – three rectangles of bread topped with ricotta cheese and tapenade – was deliciously messy enough to bring out your inner French-Italian child.

Two dishes stood out – half a roasted Springer Mountain chicken and a steak. The chicken was totally juicy thanks in part to pan drippings. It was topped with so-called “bitter greens,” a small mix of mustard greens and collards. The perfectly grilled steak was sliced and served with root vegetables over polenta.

The only unpleasant entrée was mussels with French fries. They were tiny and chewy. The broth in which they were steamed, on the other hand, was a terrific bacon-bourbon-chili broth. Get a spoon if you decide to order this.

Desserts were predictably fantastic. We tried the coffee crème brulee and a log of carrot cake topped with angostura cream. My favorite, though, was a milk-chocolate mousse dotted with roasted peanuts and dribbled with bourbon caramel.

I returned a few days later to try four small plates at the bar. The best in my opinion was the trio of sweet-potato biscuits topped with country ham with a side of utterly fantastic sorghum butter. My mouth still yearns for more. Ground lamb on skewers was highly seasoned and received unusual zip from a dip of paprika vinaigrette. I was least pleased with the soy-marinated boiled eggs rolled in sesame seeds. Their flavor was fine but they were monotonous compared to the other dishes. For dessert I ordered a stack of super-thin ginger snaps with vanilla and chocolate creams for dipping. Russell steps up the usual ginger in these – enough to burn your highly sensitive palate. Loved them. I also took home a completely usual Rice Krispy bar.

Service at Poor Hendrix was terrific, especially considering the large, relentless line of waiting diners. I am sure Russell will bring the appearance of small plates and entrées up to par with their flavor. Don’t delay. Go now.