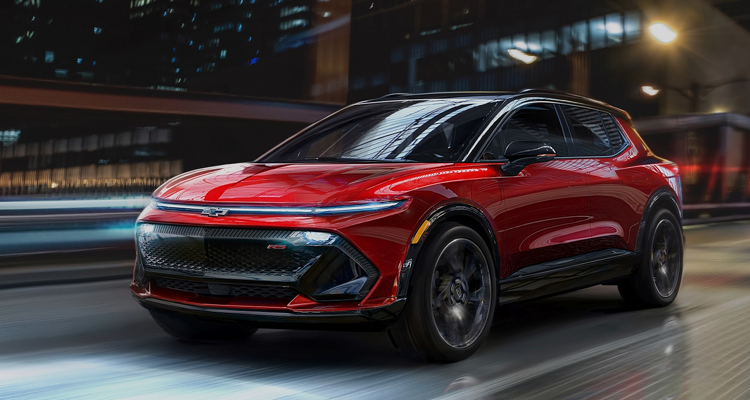 Electric Vehicles Are Taking Over Our Roads — Are You and Your Home Ready?

Electric vehicles are taking over our roads. You may not believe it by looking at all the gas-powered vehicles still driving by, but just wait. By 2030, we’ll be saturated with EVs. Are you and your home ready?

According to Consumer Reports, 71 percent of drivers have an interest in EVs, but only two percent actually signed on the line in 2020. Flash forward to a new survey from CarMax, which found that 55.9 percent of car owners aim to buy an EV or hybrid as their next vehicle. They cite environmental concerns as the primary reason, but have reservations due to higher initial cost and a lack of charging stations. Acceptance has only grown due to recent high gas prices.

You may not see many EVs other than Teslas on the road, but you’ll surely notice a greater variety by the middle of this decade. Chrysler plans to be building only EVs by 2028. Mercedes, Cadillac, Jaguar Land Rover, and Volvo will exit gas-powered vehicles by 2030. Honda, General Motors, and BMW will follow suit by 2040. The transition from gas to electrons will happen quickly … if EVs can roam far enough.

Driving range varies greatly, depending on model and price. At the lower end is the new Mazda MX-30, a stylish and fun crossover that’s affordable at under $35,000, but can only travel 100 miles at a charge. a range of 250–300 miles is more typical of reasonably affordable models, including the $31,500 Chevy Bolt, with luxury cars like the Mercedes-EQE and Lucid Air reaching 300 and 500 miles, respectively. However, the top Lucid costs nearly $170,000!

The Mustang Mach-E, an all-electric crossover with galloping performance, slays its gasoline-powered namesakes. The Ford F-150 Lightning is an all-electric version of the world’s best-selling pickup that goes 300 miles and can charge to 80 percent in 40 minutes. It’s also convenient, with a plug-in generator for camping plus a “frunk” (front trunk) for storing golf clubs and shopping bags. The Lightning starts at under $40,000.

General Motors offers an electric Hummer this year, followed by the Cadillac Lyriq crossover with a 300 mile range, hands-off cruising, a wide OLED information screen, and a price under $60,000. A futuristic all-electric Silverado pickup will offer a 400-mile range and ability to add 100 miles in 10 minutes. It runs 0–60mph in 4.5 seconds and can tow 10,000 pounds. Expect an initial $105,000 price for sporty models and under $40,000 for work trucks next spring. Or, go for the sleek Equinox EV crossover for around $30,000.

Tesla’s real rival may be the Ford- and Amazon-backed Rivian. that builds the R1T and R1S pickup and crossover. They offer a 300 mile range, serious towing, and run 0–60 mph in just 3.5 seconds. There’s also an electric grilling station that pulls out of the side — all for a base price of $74,000.

Chrysler kicks it old-school with the Airflow concept, which takes its name from an advanced aerodynamic sedan from the 1930s. It debuted during the recent Consumer Electronics Show in Las Vegas and boasts an airy connected cabin carried by batteries that give it 350- to 400-mile range. Foreshadowing the 2030s, it’s designed for autonomous driving.

BMW kicked off its iX vehicle with a Super Bowl ad starring Arnold Schwarzenegger and Salma Hayek. It’s hideous, but goes 324 miles per charge, 0–60 mph in 4.4 seconds, and retails for a $83,000.

Kia’s EV6 crossover is a more affordable $45,000 with top GT models running 0–60 in 3.5 seconds. Later this year, Subaru gets in with the Solterra — a twin of the Toyota bZ4X that offers standard all-wheel-drive, 220 miles driving range, and $45,000 starting price.

So, how do you prepare your home for electric vehicle ownership? Fortunately, automakers are offering garage charger installation for free or at a reasonable cost that can be financed with the vehicle. Electricians can also install 240v chargers independently, with parts and labor typically costing under $2,000. After that, you’re wired to go. Drive in, plug in, and never see a gas pump again.