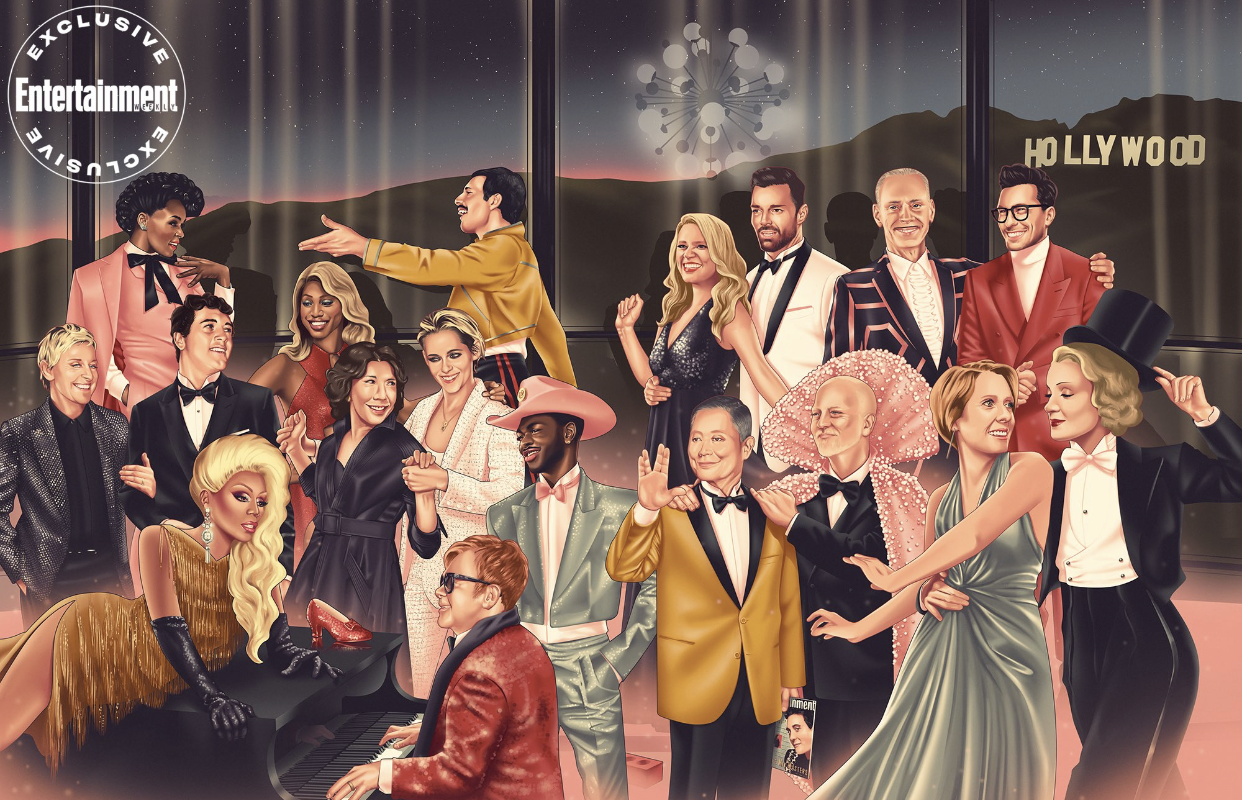 Entertainment Weekly (EW) is celebrating Pride Month with its Pride Forever issue, the cover of which pays tribute to LGBTQ icons and changemakers through illustration.

The cover, which features illustrations of the likes of Ellen DeGeneres, RuPaul, Elton John, Janelle Monae, Freddie Mercury, Lil Nas X, Rock Hudson, Kristen Stewart, Lily Tomlin, and Laverne Cox, was created by out artist Jack Hughes in collaboration with LGBTQ illustrators “in an effort to make the Pride experience richer for folks stuck in their homes,” according to JD Heyman, the editor of EW.

“Taking Hollywood by storm!” EW tweeted as the cover was revealed. “These LGBTQ storytellers and icons are creating unforgettable work in TV, movies, music, life, and so much more!”

Taking Hollywood by storm! These LGBTQ storytellers and icons are creating unforgettable work in TV, movies, music, life, and so much more! Take a peek into how they landed a spot on our June cover. https://t.co/XjBzjakcbc Illustration by Jack Hughes for EW pic.twitter.com/gZJWD2BTBz

The full spread also reveals another guest at this glamourous, imaginary queer party: the first brick thrown at Stonewall.

EW’s pride cover received mixed reviews. Some thought the inclusion of the brick was an easier way to tribute Pride than actually including someone involved in the Stonewall Riots, like Marsha P. Johnson. Others were disappointed with who was included, like DeGeneres and RuPaul, and who wasn’t, like Billy Porter.

also RuPaul is a transphobic fracker what are y'all even THINKING.

This cover is “only the beginning” of EW’s Pride Month celebration.

“Throughout the month of June, we’ll be bring Pride home to you in all kinds of fun ways,” Heyman said, “with more stories, celebrations, and an exciting new audio series, Untold Stories: Pride Edition (launching June 8), which will look at the lives, loves, and struggles of Hollywood’s LGBTQ pioneers.”

“The fight isn’t over,” added Hughes. “We must carry on the work of those before us.”