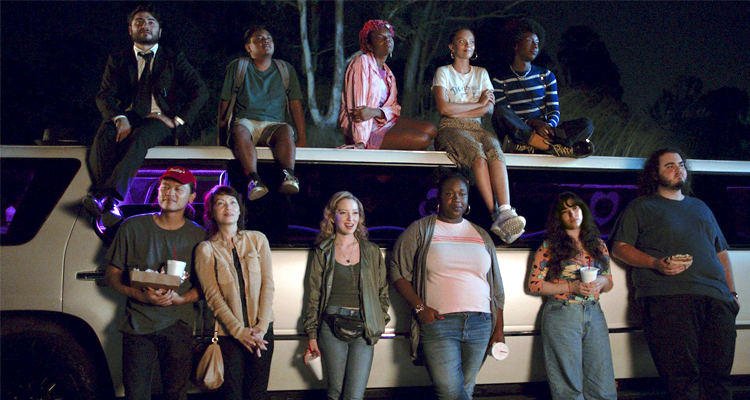 "Summertime" is now in theaters on VOD.

It was supposed to be a splashy premiere. Acclaimed director Eytan Fox was set to debut his new film, “Sublet,” at the Tribeca Film Festival last spring, but COVID-19 caused the event to go virtual. That pattern repeated all of last year, but the film is finally getting in theaters and is now available on VOD.

Starring Tony Award-winning actor John Benjamin Hickey and Niv Nissim, making his film debut, “Sublet” follows New York Times writer Michael (Hickey), who visits Tel Aviv after a tragedy back home in the States. He is brought back to life by both the city and younger man Tomer (Nissim).

Fox says 2020 was a difficult year for him. “Niv and I were talking about what we were going to wear at the [Tribeca] premiere and had ordered tickets and were expecting to meet John in New York and see it on a big screen with people,” he said. “We did not have that, or the closure we needed.”

Finally, though, the film opened recently in Tel Aviv and the U.S.

The Israeli director, known for such gay classics as “Yossi & Jagger,” “The Bubble” and “Walk on Water,” sees a lot of himself in the central character of Michael. “I am 50 something, a gay artist, a filmmaker,” Fox said. “Michael is a writer. I am married to my partner Gal of 33 years. I have no children. I am partially American. I am struggling whether to become a father.”

Casting was crucial for the film. Fox knew Hickey’s work but had to search for a Tomer. “I started with John,” he said. “I knew I wanted him for this role. The first time I saw him was in the 1994 off-Broadway show, ‘Love! Valour! Compassion,’ and I fell in love. I have been looking at all his work in theater, television and film. Then I needed to find a wonderful partner for him. I looked at all the relevant actors in Israel. Niv was and is an actor at an acting school, and I auditioned him. John came to Israel, and we did chemistry tests. It was clear that Niv was the right match for him. They seemed very compatible.”

The world of young LGBTQ people worldwide is much different from the world Fox grew up in. “It’s so interesting to study this world and get to know it,” he said. “I got young people to work with me because they said I knew nothing about the new world and that I was not 25 anymore.”

The new film, “Summertime,” is a Robert Altman-like work in which the lives of 27 young Angelenos in Los Angeles intersect over one hot day. The film is directed by Carlos López Estrada (“Blindspotting”) and many LGBTQ characters are part of the ensemble. According to Estrada, the project came together two and a half years ago when he was invited to the Get Lit spoken word showcase. More than two dozen poets were present and performed. “I was inspired and invigorated by hearing about their stories,” he said. “I presented to the director the idea of trying to develop this poetry into some form of narrative. I wasn’t sure how it would take shape, but that kickstarted a summer-long workshop trying to figure out how the poets wanted to adapt it.”

Lee Blankenship was one of those poets. “I was graduating from high school and had a lot of changes happening in my life and wasn’t sure what I wanted to write about,” Blankenship said. Blankenship eventually wrote about home and growing up in Los Angeles and it came together as part of a group poem. The poets also wound up in the film.

It was important for Estrada and Blankenship that the film have an LGBTQ component.

“Something that I love about ‘Summertime’ is that it gives a microphone to people from backgrounds that are historically overlooked,” said Estrada. “Specifically when it comes to Los Angeles, the narratives we took are singular and narrow, and the movie — just by virtue of being told by 27 points of view — tries to give you nuance. A city we think we understand so well is a lot more complex and interesting and flavorful. The only way to do that is by showcasing diverse perspectives.”

Blankenship grew up with an almost entirely gay group of friends and feels the movie wouldn’t be an accurate portrayal of the city if it weren’t inclusive. “We didn’t want to be afraid to approach that,” she said. “I feel that in mainstream media you just get a portion of a marginalized group. It can be too complicated. I am a femme-bodied queer and a Black person; that needs to be brought.”

“Sublet” is now in theaters and on VOD