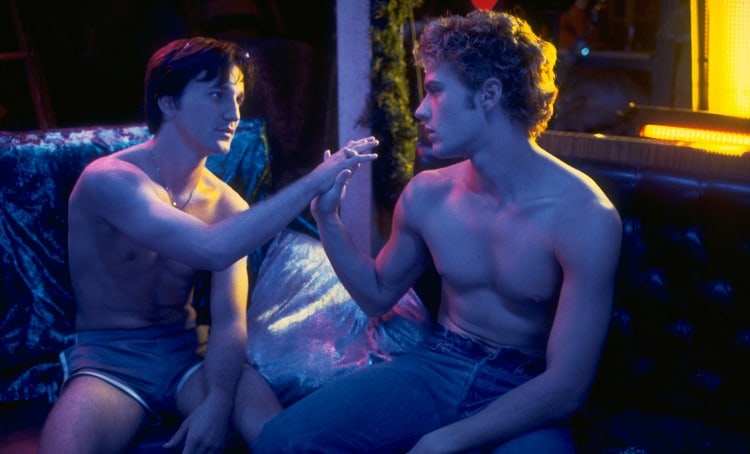 ’54’ is back, re-cut and gayer than ever at Atlanta’s Out On Film festival

Mark Christopher had every reason to be hopeful in February 1998 when his film “54” was sent for test screenings. It was the openly gay director’s first full-length feature film, it had an irresistible premise being set in the heyday of the legendary nightclub Studio 54, a strong cast in Ryan Phillippe, Salma Hayek, Neve Campbell and Mike Myers, and the studio loved the first cut.

But audiences didn’t. Miramax ordered the film to be re-cut, new scenes were added, others were cut (including any showing a trace of Phillippe’s character Shane’s bisexuality) and a new version completely unlike Christopher’s original hit theaters that summer. It bombed, both with audiences and critics.

But now, 17 years later, the film has been resurrected and a director’s cut will screen as part of Georgia Voice Night at the Out On Film festival on Oct. 3. 30 minutes of those re-shoots are gone, and 40 minutes of original material were added back in.

And many readers will be happy to know that one of the scenes added back in is a kissing scene between Phillippe’s Shane and Breckin Meyer’s Greg.

Christopher has a theory about why the re-cut film didn’t test well at the time.

“The film was meant to be a movie more for the metropolitan set and it was tested out in the suburbs so I think that was part of the issue,” he says.

Christopher started cobbling together what became his director’s cut soon after the film came and went in 1998, and originally it was just for his and the actors’ eyes only. But it got out as a bootleg, popped up at a couple of film festivals, including Outfest in 2008, and eventually after years of saying no, Miramax relented and agreed to release it. It officially premiered in full (with zero cuts from the studio) at this February’s Berlin International Film Festival, garnering critical acclaim in the process.

Christopher feels vindicated by the experience, saying, “Oh it’s an amazing feeling. It’s just such a great celebration to finally have it out there.”

And the story of “54” won’t end with the director’s cut. Christopher reveals that a TV series based on the movie is in development, so despite closing three decades ago, the party continues on for Studio 54.