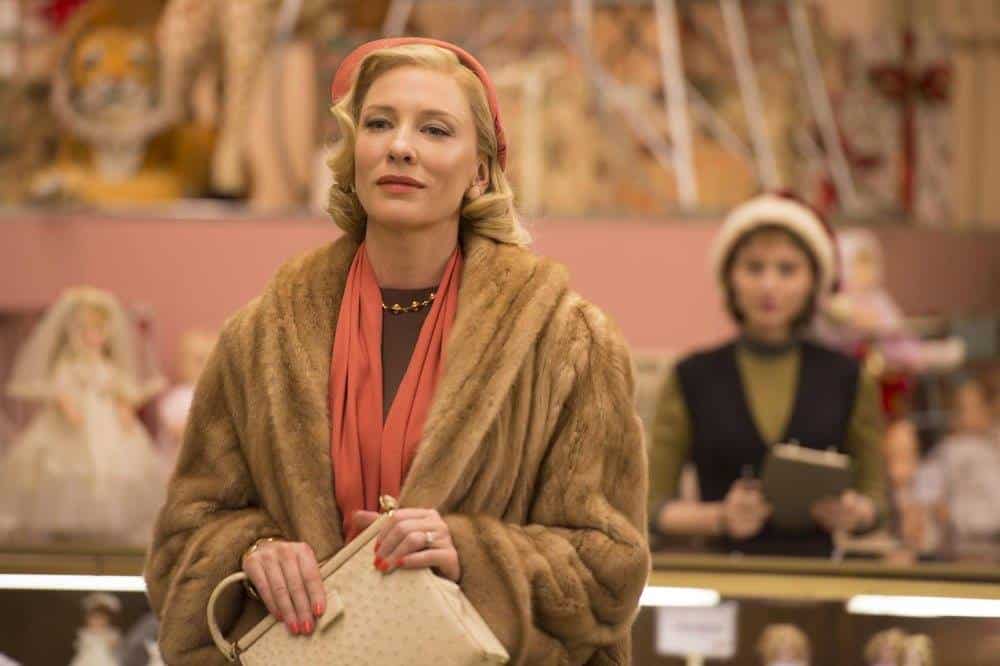 The good, the bad and the ‘Stonewall’: A look back at the year in LGBT cinema

It was a landmark, historic year for the LGBT community—and while there was no pioneering, “Brokeback Mountain”-type breakout, and not every LGBT-themed movie was worthwhile, 2015 was nonetheless an important cinematic year, abetted by some strong work at the end of the season.

Much of the LGBT fare was in independent releases. In “The Overnight,” a cause célèbre at Sundance, two straight couples spend the evening getting to know each other. Before the night is over, the two men (Adam Scott and Jason Schwatrzman) are running around bare assed (albeit with prosthetic penises) and a secret comes out. It never becomes the edgy comedy it wants to be, but it’s certainly bold with nice performances, especially from Taylor Schilling of “Orange is the New Black” as one of the wives.

“The D Train” with Jack Black and James Marsden seemed like it might be just a buddy comedy, with Black playing a reunion organizer who pursues cool-cat, L.A.-type Marsden, until the two men have sex together.

In David Thorpe’s “Do I Sound Gay?” the filmmaker looks at himself and determines he hates his voice. With a team of experts, he seeks to remedy that. Featuring some lively interviews with the likes of Margaret Cho, Don Lemon, David Sedaris, Tim Gunn and more, this was ultimately a story of self-acceptance and how the subject comes to accept himself—no matter how he speaks.

Jeffrey Schwarz (“Vito,” “I am Divine’) debuted his “Tab Hunter Confidential,” a loving look at the career of the Hollywood icon who came out not long ago and shares all sorts of Hollywood dish.

In her best film role in years, Lily Tomlin portrayed Elle Reid, the titular “Grandma,” who goes on a road trip with her granddaughter to raise money for an abortion. It was a fun ride, with appearances by Laverne Cox, Sam Elliott, Marcia Gay Harden and Judy Greer as the younger girlfriend Elle breaks up with.

One of the sleeper critical hits of the season was Sean Baker’s “Tangerine.” Starring two trans actresses—Kitana Kiki Rodriguez and Mya Taylor—the gritty comedy revolves around a working girl’s attempt to find the pimp who betrayed her. Nominated for a slew of Independent Spirit Awards, it’s now on DVD and Netflix.

The year’s worst LGBT film was Roland Emmerich’s “Stonewall.” When the first trailers went public for the feature about the Stonewall riots, the response was overwhelmingly negative, with worries that the film had whitewashed history and shoved important, non-pretty boy figures onto the sidelines. As it turns out, those trailers were accurate.

Intended to be an important, empowering historical drama by the openly gay director, it was insulting, with a fictional young man (Jeremy Irvine) becoming the hero of the movie while condescending to the drag queens and elderly men interested in him romantically. It was in and out of cinemas in a week.

Based on a true story, one that inspired an Oscar-winning documentary short, this year’s “Freeheld” teamed Julianne Moore and Ellen Page as lovers who try to secure pension benefits when Moore’s Laurel Hester is diagnosed with cancer. Despite potent work from the actresses, the film sadly never found an audience or even a wide release.

The fall has brought a number of LGBT films looking for Oscar glory. Tom Hardy does double duty in “Legend,” playing both murderous Kray twins, one of whom is gay, in 1960s London. The gay content is pretty mild and the film overall doesn’t have the focus or aim it really needs. Nonetheless, Hardy’s performance makes it worthwhile.

Possibly the year’s finest film, “Spotlight” deals with a team of Boston Globe reporters who start to uncover the child molestation scandal in the Catholic archdiocese. It captures the slow roll of journalism in all its glory, and some of the finest scenes are the interviews with gay victims, remembering what happened and sharing how it affected their lives.

Directed by Oscar winner Tom Hooper, “The Danish Girl” follows the true story of married artists Lili Elbe (Eddie Redmayne) and Gerda Wegener (Alicia Vikander) and Lili’s male to female gender transition. Hooper has been criticized by some for making the film too pretty and not gritty enough, but in the end it is an absorbing look at the two central characters, with many feeling Vikander walks away with the film.

Last but hardly least is “Carol,” possibly one of the all-time great lesbian films. Todd Haynes’ drama—about an affair between a married woman (Cate Blanchett) and a younger woman she meets in a department store (Rooney Mara)—is gorgeously made and acted, with a leading five Golden Globe nominations. It’s the real deal.

“The Danish Girl,” “Carol,” “Spotlight” and “Legend” are now playing in area theaters.