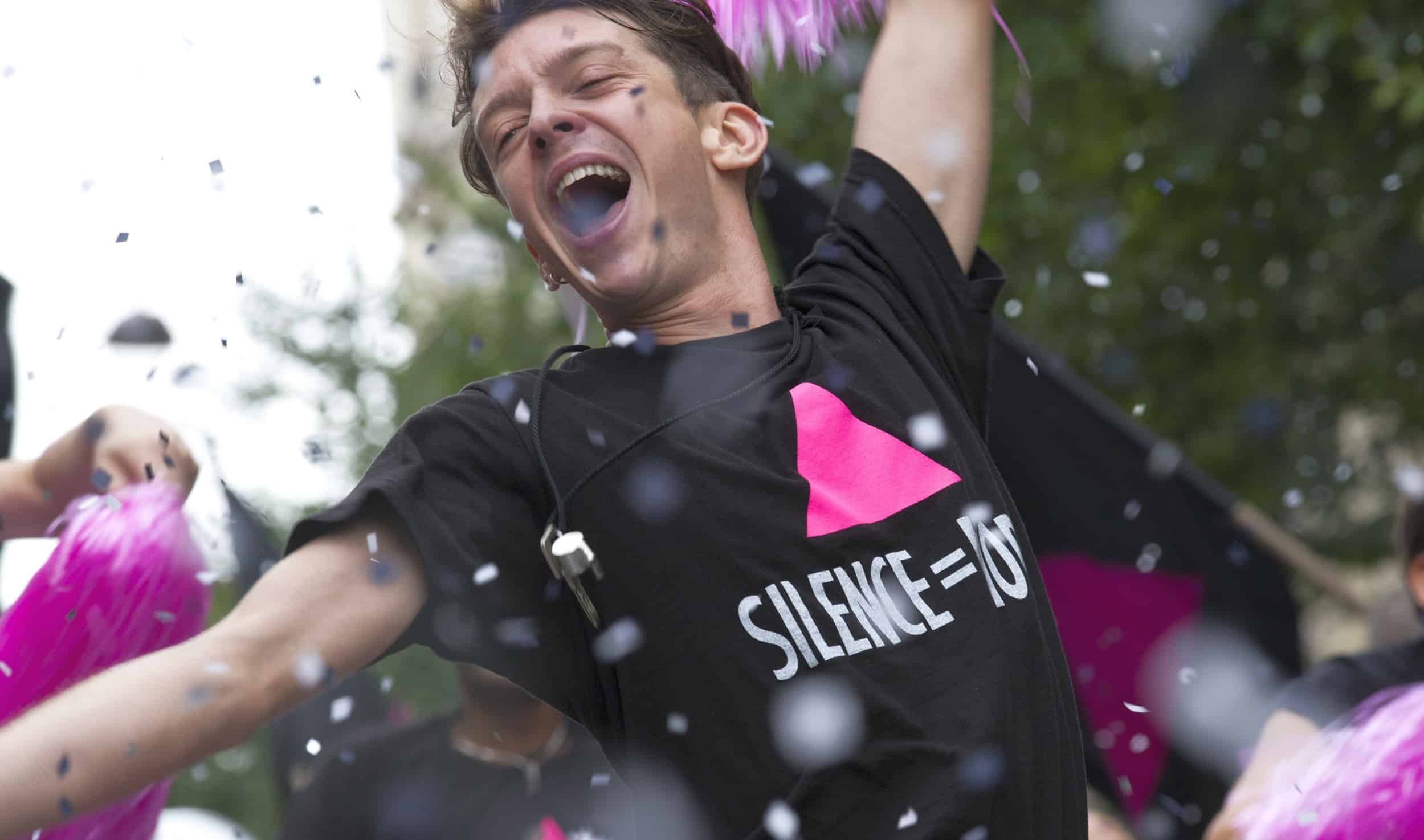 If it’s November, studios and distributors have gold in their eyes – Oscar gold. Two films, one with unapologetic gay content and the other slighter content, open next week with potential nominations on the line – the AIDS drama “BPM (Beats Per Minute)” and “Novitiate.”

The better of the two – by far – is “BPM.” The film, which won the Queer Palm at the 2017 Cannes Film Festival and is France’s official submission for the 2017 Academy Awards, is often stunningly effective. It opens in the early ’90s as AIDS activists – later classifying themselves as members of ACT UP – gather to protest and demonstrate. The film spends time in their meetings, which are often contentious, and then follows the group as they go to labs of a pharmaceutical companies and douse the walls with pouches of fake blood, protesting the refusals to make drugs more available. Later, they often visit a dance club to unwind. Two men begin a relationship – Nathan (Arnaud Valois) is attracted to radical militant Sean (Nahuel Perez Biscayart), who is defiantly in your face as he fights his own HIV status. It’s a complicated relationship that seems destined not to work.

This all feels real and urgent. Campillo has based the film on some of his own time as an activist and it has a raw power to it – and certainly a timeliness.

If “BPM” has a fault, it’s the film’s running time. There was talk at one time of trimming it down for its U.S. run but that has not happened. The film is well over two hours and some of the ACT UP meeting moments – while engaging – could have easily been excised. Nonetheless, Campillo (“Eastern Boys”) has made a terrific, epic film that captures the fight against AIDS in all its tireless glory. The final third is more focused on the two men and Sean’s health and has some stirring moments. Making it all work is a tight ensemble, with Perez Biscavart a stand-out.

“Novitiate” is not as successful. In the new Vatican II era, changes in the Roman Catholic Church are threatening the course of nuns’ lives. 17-year-old Cathleen (Margaret Qualley) has decided that she wants to serve God, a decision that her mother (Julianne Nicholson) cannot understand. As the young woman moves towards the novitiate stage of her training, she starts to question her faith and her decision. As well, she is aware of her blossoming sexuality. Two other women have been asked to leave when they are caught spending too much time together. Hovering over everyone is a fierce Reverend Mother (Melissa Leo) who is not pleased with the changes that are happening,

The film spans a decade and has a swell sense of time and place, but it’s also dour and unpleasant, without the impact it needs. Maggie Betts, making her feature debut, fills the cast with convincing performances, especially the young women of the convent, who are easily molded and intimidated by those in charge around them. Yet Leo – mentioned as a possible Best Supporting Actress nominee – goes over the top. Her performance shakes up the film but it feels a bit misplaced. “Novitiate” has some quiet, devastating moments but never altogether clicks.